Discovery may impact the study of the birth of the universe 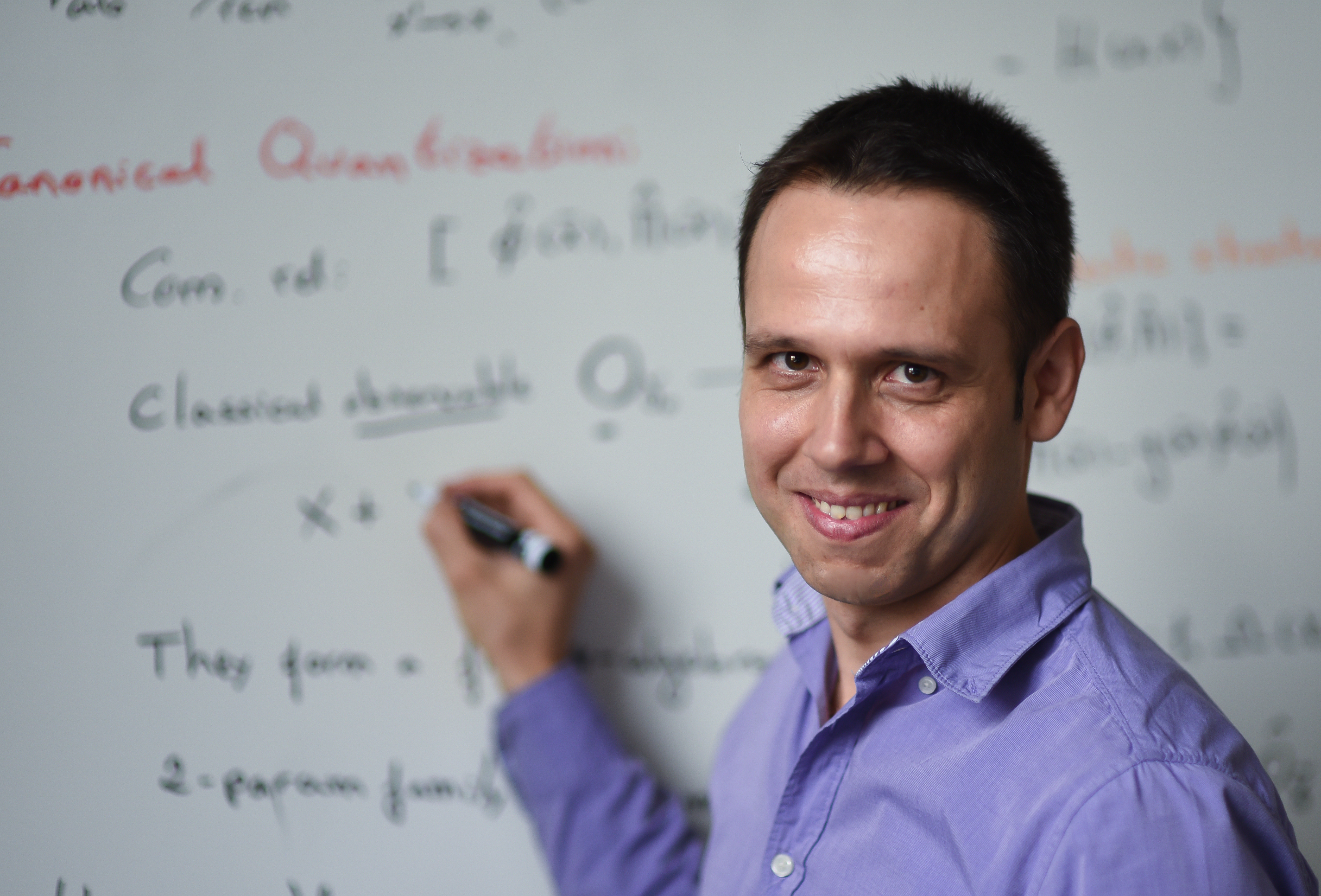 BATON ROUGE – Radio waves, microwaves and even light itself are all made of electric and magnetic fields. The classical theory of electromagnetism was completed in the 1860s by James Clerk Maxwell. At the time, Maxwell’s theory was revolutionary, and provided a unified framework to understand electricity, magnetism and optics. Now, new research led by LSU Department of Physics & Astronomy Assistant Professor Ivan Agullo, with colleagues from the Universidad de Valencia, Spain, advances knowledge of this theory. Their recent discoveries have been published in Physical Review Letters.

Maxwell’s theory displays a remarkable feature: it remains unaltered under the interchange of the electric and magnetic fields, when charges and currents are not present. This symmetry is called the electric-magnetic duality.

“Gravity spoils the symmetry regardless of whether magnetic monopoles exist or not. This is shocking. The bottom line is that the symmetry cannot exist in our universe at the fundamental level because gravity is everywhere,” Agullo said.

Gravity, together with quantum effects, disrupts the electric-magnetic duality or symmetry of the electromagnetic field.

Agullo and his colleagues discovered this by looking at previous theories that illustrate this phenomenon among other types of particles in the universe, called fermions, and applied it to photons in electromagnetic fields.

“We have been able to write the theory of the electromagnetic field in a way that very much resembles the theory of fermions, and prove this absence of symmetry by using powerful techniques that were developed for fermions,” he said.

This new discovery challenges assumptions that could impact other research including the study of the birth of the universe.

Satellites collect data from the radiation emitted from the Big Bang, which is called the Cosmic Microwave Background, or CMB. This radiation contains valuable information about the history of the universe.

“By measuring the CMB, we get precise information on how the Big Bang happened,” Agullo said.

Scientists analyzing this data have assumed that the polarization of photons in the CMB is not affected by the gravitational field in the universe, which is true only if electromagnetic symmetry exists. However, since this new finding suggests that the symmetry does not exist at the fundamental level, the polarization of the CMB can change throughout cosmic evolution. Scientists may need to take this into consideration when analyzing the data. The focus of Agullo’s current research is on how much this new effect is.

This research is supported by the National Science Foundation grants PHY-1403943 and PHY-1552603.