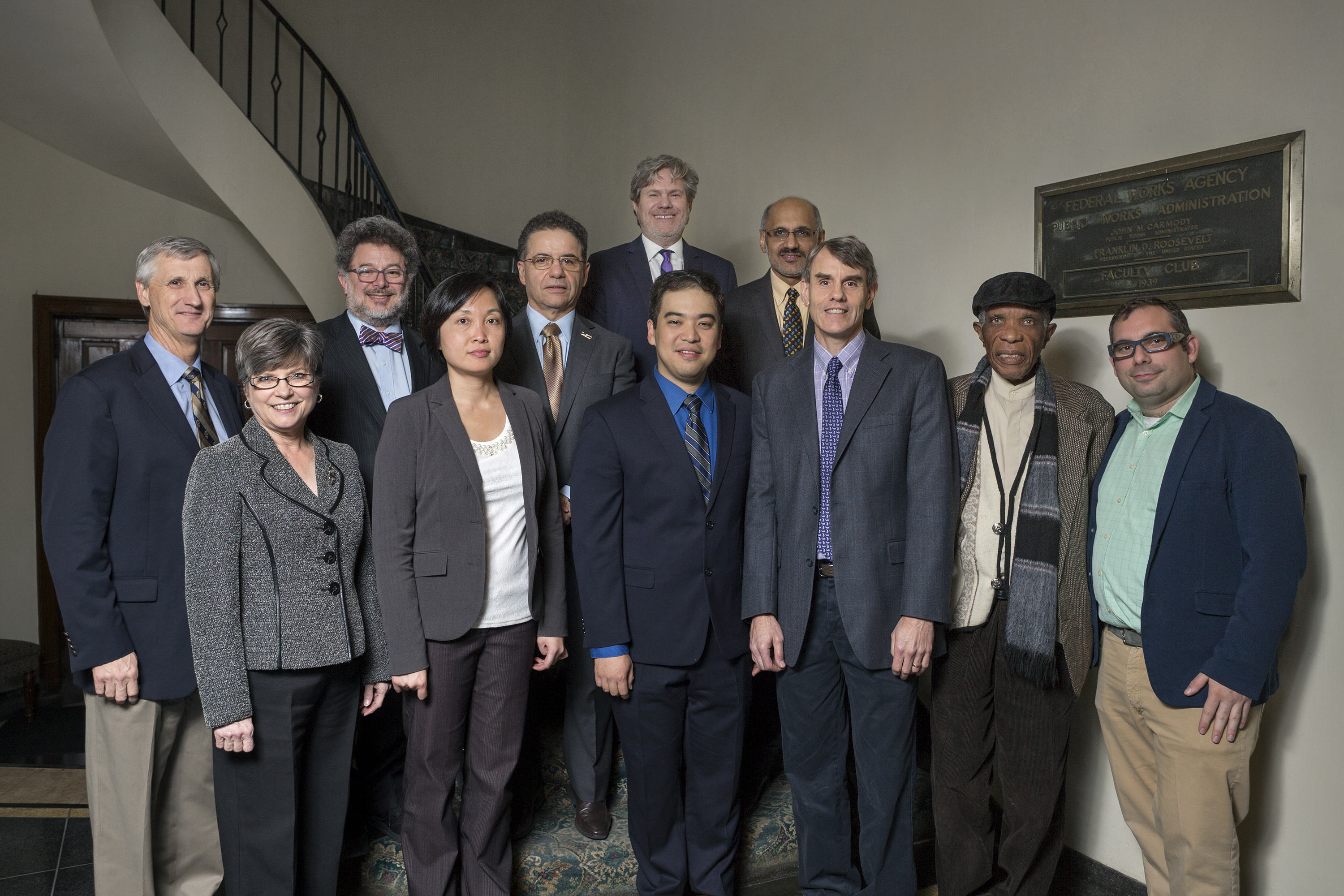 BATON ROUGE – Six faculty members who are leaders in their fields have received the Rainmakers Awards for Research and Creative Activity from the LSU Office of Research & Economic Development, or ORED. Rainmakers are faculty members who balance their teaching and research responsibilities while extending the impact of their work to the world beyond academia.

“It is my honor to congratulate this year’s Rainmaker recipients,” said LSU Provost Rick Koubek. “LSU is home to world renowned faculty who are working to solve today’s most pressing challenges while training the next generation of leaders and we are very proud of their accomplishments.”

“The talent and dedication of the LSU ‘Rainmakers’ are part of what makes this university great,” said LSU Vice President of Research & Economic Development Kalliat T. Valsaraj. “We thank Campus Federal Credit Union for their support of our commitment to academic and research excellence.”

ORED and Campus Federal Credit Union recognized this year’s Rainmakers on March 15 with a special reception at The Club at LSU Union Square.

“The mission of Campus Federal can be summarized in three words: ‘We Help People.’ We have supported LSU faculty and staff for more than 83 years; so sponsoring the Rainmakers Awards to recognize these distinguished faculty’s research and innovation ties the credit union’s mission perfectly to the LSU flagship agenda,” said Campus Federal Credit Union Chief Development Officer Ron Moreau.

Benjamin Kahan is an assistant professor of English and Women’s and Gender Studies. Along with interests in 20th century American literature and culture, Kahan’s scholarship focuses on the history of sexuality and gender, queer theory, psychoanalysis and sexology, race and ethnicity and critical theory.

He is the author of “Celibacies: American Modernism and Sexual Life” and the editor of Heinrich Kaan’s “Psychopathia Sexualis (1844): A Classic Text in the History of Sexuality.”

Rendy Kartika is an assistant professor in the Department of Chemistry. After conducting postdoctoral research at Yale University, Kartika joined the LSU faculty where his research program focuses on the discovery of new organic reactions that produce biologically and pharmaceutically relevant molecular scaffolds. At LSU, Kartika has independently published 12 peer-reviewed articles in various high impact journals and delivered more than 40 invited lectures, including the prestigious Gordon Research Conference in Natural Products and Bioactive Compounds. In 2015, Kartika successfully secured a highly competitive chemical synthesis grant from the National Science Foundation as a single PI.

In recognition of his teaching contribution at LSU, Kartika received the Tiger Athletic Foundation Undergraduate Teaching Award in 2015. He was also named the Outstanding Non-Tenured Professor in Natural and Physical Sciences by LSU Phi Kappa Phi in 2017.

Lance Porter directs the Social Media Analysis and Creation, or SMAC, Lab in the Manship School of Mass Communication, where he holds the Mary P. Poindexter Professorship. Porter’s current research focuses on the cultural effects of social media. Some of his students work with the nonprofit organization Dialogue on Race in Louisiana to encourage productive conversations about race on social media. His work has appeared in numerous journals and books devoted to advertising, journalism, public relations, health communications and sport.

Before coming to LSU in 2004, Porter spent four years as executive director of digital marketing for Disney, where he oversaw the creative and digital media strategies for more than 80 films. Porter won a Clio Award for excellence in advertising.

After earning his Ph.D. from the University of Georgia, Porter continued his interdisciplinary work at LSU through a joint appointment with the Center for Computation and Technology, where he helped develop an undergraduate minor and master’s degree in digital media.

Donghui Zhang is an associate professor in the Department of Chemistry. Her research interests include polymer catalysis, synthesis and characterization of biomimetic, bioinspired and bio-relevant functional polymers, high precision macromolecules. She joined the LSU faculty in 2007.

After graduating from Peking University in 1998 and receiving a Ph.D. in organometallic chemistry from Dartmouth College in 2003, Zhang’s postdoctoral research focused on the synthesis and characterization of polymers from bio-renewable source materials at the University of Minnesota. She previously served as a faculty researcher at New Mexico State University.

Femi Euba is the Louise & Kenneth Kinney Professor of Black Drama and Playwriting in the School of Theatre. He has acted and directed professionally in Nigeria, London and the U.S., along with having written numerous plays for BBC Radio. A selection of his plays is published in a database collection “BLACK DRAMA” by Alexander Street Press including “The Eye of Gabriel,” which had its premiere production at the LSU Theatre in 1998.

Euba received a master’s degree in Afro-American Studies and a Master of Fine Arts in playwriting and dramatic literature from Yale University. He also earned a Ph.D. in literature at the University of Ife, Nigeria. He holds a joint appointment in the Departments of Theatre and English.

A recipient of the LSU Alumni Association Faculty Excellence Award and the LSU Distinguished Faculty Award, he has worked with the 1986 Nobel Laureate for Literature Wole Soyinka on various works including Soyinka’s presentation of his long poem, Samarkand, in 2005 at the Shaw Center for the Arts in Baton Rouge.

Kermit Murray is a professor in the Department of Chemistry. His current research focuses on instrument development and applications of laser desorption ionization mass spectrometry. He developed a novel spray ionization method for matrix-assisted laser desorption/ionization, or MALDI, mass spectrometry. Before coming to LSU in 2001, Murray’s postdoctoral research focused on infrared spectroscopy.