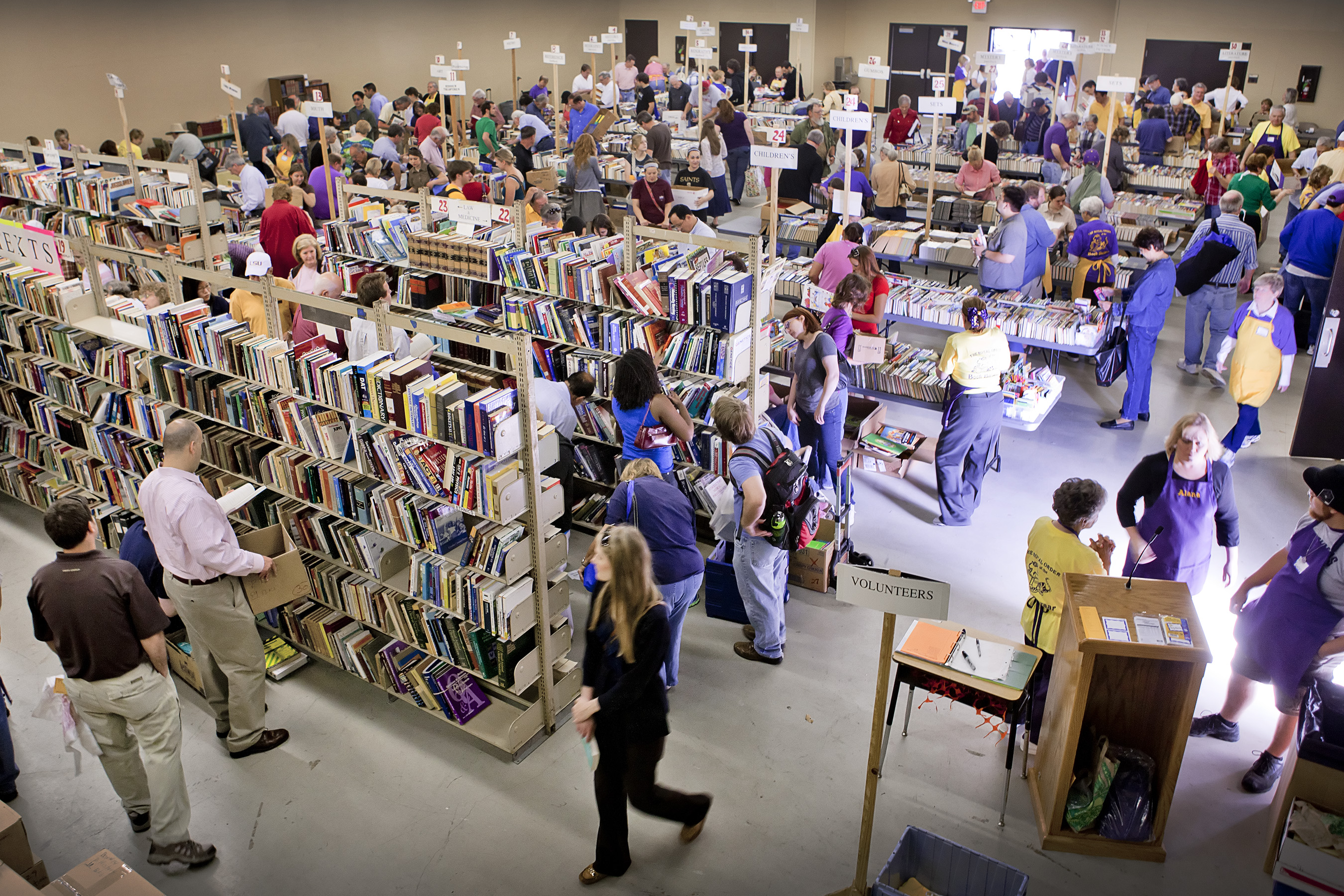 BATON ROUGE – The annual Friends of the LSU Libraries’ Book Bazaar will be held on March 9-11 at the 4-H Mini Barn and Nelson Memorial Auditorium at LSU. Hours of operation for the event will be 9 a.m. – 7 p.m. on Thursday, March 9, and Friday, March 10, and 9 a.m. – 5 p.m. on Saturday, March 11. Admission to this event is free and parking is available.

The bazaar will feature more than 70,000 books for sale in numerous categories, ranging from contemporary fiction and non-fiction to rare and collectible books. Books at the Collection table will begin at $2. Proceeds from the annual bazaar go into an endowment that, over the years, has provided more than $1 million in support of library acquisitions and services.

Proceeds from last year’s Book Bazaar were recently used by the LSU Libraries to purchase historical research materials – Parts III-V of the British Library Newspapers. These digitized versions of key 19th century British newspapers provide more access to local and regional news stories, with Part V providing access to a concentration of titles from the northern part of the United Kingdom. With the addition of 94 newspapers, users can now research more than 160 newspapers. The collections support research in disciplines such as history, literature, Victorian studies and political science.

Friends of the LSU Libraries is a volunteer organization that has championed LSU Libraries for more than five decades. The organization supports the libraries in developing and maintaining facilities, services and resources through fundraising, public outreach and volunteering.

For more information about the Book Bazaar, visit http://lib.lsu.edu/about/friends/bazaar or contact the Friends of the LSU Libraries at 225-578-5925 or bbfriends@lsu.edu.