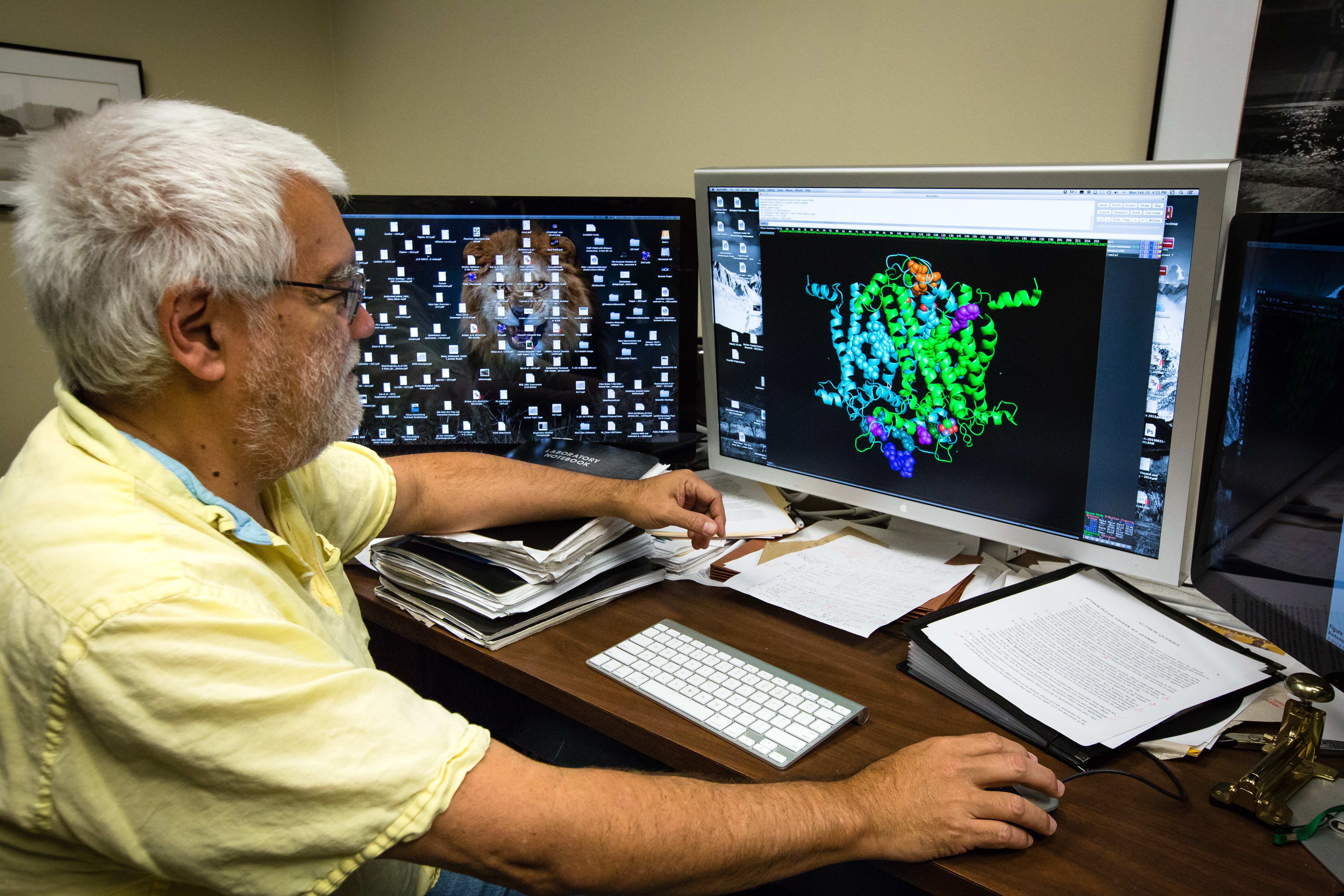 BATON ROUGE – Terry Bricker, Moreland Family Professor in the LSU Department of Biological Sciences, and colleagues at LSU, the Palacký University in the Czech Republic and at the University of Cincinnati in Ohio have solved a longstanding mystery in photosynthesis, a process used by plants and other organisms to convert light energy into chemical energy. Their findings are presented in a study published this week in the Proceedings of the National Academy of Sciences, or PNAS.

Photosynthesis is a vital chemical process not just for plants, but also for humans. Using sunlight, it produces the oxygen people breathe and much of the food consumed.

But there’s a problem with the photosynthetic process in plants, a problem that continues to puzzle scientists today. One of the vital players in photosynthesis, a protein complex called Photosystem II, essentially paralyzes itself by producing harmful chemicals known as reactive oxygen species, such as water molecules with too few electrons and oxygen molecules with too many.

“Photosystem II is part of the electron transport system that makes the oxygen in plants,” Bricker explained. “It gets the ‘show on the road’ so to speak. But it has a problem. Because of the chemistry that this protein complex performs in making oxygen gas, it generates reactive oxygen species, such as hydrogen peroxide, that are damaging to proteins. While Photosystem II produces oxygen, it’s also damaging itself in the process.”

The result of this damage is up to a 20 percent reduction in the productivity in Photosystem II over the course of a few hours of photosynthetic activity during daylight hours for plants. This reduced productivity has significant economic impacts for society, in terms of producing plant-based food and other products. The damage to Photosystem II has to be fixed to keep the photosynthesis show on the road, Bricker said, just as a mechanic would have to fix a broken piston in a car’s engine to get back on the road. But herein lies the big mystery – scientists still don’t understand exactly how this happens, or exactly how and where the damage to Photosystem II occurs.

Bricker’s co-authors Ravindra Kale in the Department of Biophysics at the Centre of the Region Haná for Biotechnological and Agricultural Research in the Czech Republic and Pavel Pospíšila at the University of Cincinnati in Ohio found that a hydroxyl radical and a superoxide, types of reactive oxygen species, are guilty of damaging Photosystem II during photosynthesis. In their new study published in PNAS, Bricker and colleagues also identified the specific regions of the Photosystem II protein complex where these reactive oxygen species wreak havoc.

Bricker’s research group has a long history of using a technique called mass spectrometry to identify oxidatively modified amino acid residues, or specific regions of proteins that have been affected by reactions with harmful reactive oxygen species.

“We determined which amino acid residues, portions of the individual proteins making up Photosystem II, are actually being modified with the reactive oxygen species produced during photosynthesis,” Bricker said. Bricker and his colleagues found that regions of Photosystem II closest to where the reactive oxygen species are created during photosynthesis are damaged first, in regions of two proteins the researchers identify as D1 and D2.

The research group was able to locate the areas in Photosystem II most susceptible to damage by taking spinach leaf extracts and exposing them to bright sunlight for several hours.

“We were able to watch as Photosystem II was damaged, by monitoring its activity over time,” Bricker said. “At specific intervals, we went in and analyzed Photosystem II proteins using mass spectrometry, to find out which amino acids were being modified. We found that amino acid residues near where oxygen is created by Photosystem II are damaged first. Sometime later, damage occurs along the electron transport chain carrying electrons away from the site of oxygen production.”

These findings reveal for the first time the specific regions of damage that prompt repair of Photosystem II, such that photosynthesis can continue over time in plants such as the spinach we regularly enjoy in our salads.

“For many years, scientists have been trying to search for insights on the process that impairs Photosystem II,” Kale said. “In this study, we’ve identified the reactive oxygen species mainly responsible for the photooxidative damage and their primary targets and mechanism. This opens a new paradigm for understanding the systematic behavior of the Photosystem II, which produces oxygen during photosynthesis.”

“It’s an amazing experience to go from preparing samples in the lab to sitting in an office staring at a computer screen showing you the exact amino acid residues that were modified in experiments you ran,” said study co-author Annette Hebert from Slidell, La., who contributed to the project as an undergraduate student in Bricker’s lab at LSU.

This research was supported by U.S. Department of Energy, Office of Basic Energy Sciences Grant DE-FG02-09ER20310.

Amino acid oxidation of the D1 and D2 proteins by oxygen radicals during photoinhibition of Photosystem II, Proceedings of the National Academy of Sciences: http://www.pnas.org/content/early/2017/03/01/1618922114.abstract