Scientists Discover a Way to Sequence DNA of Rare Animals 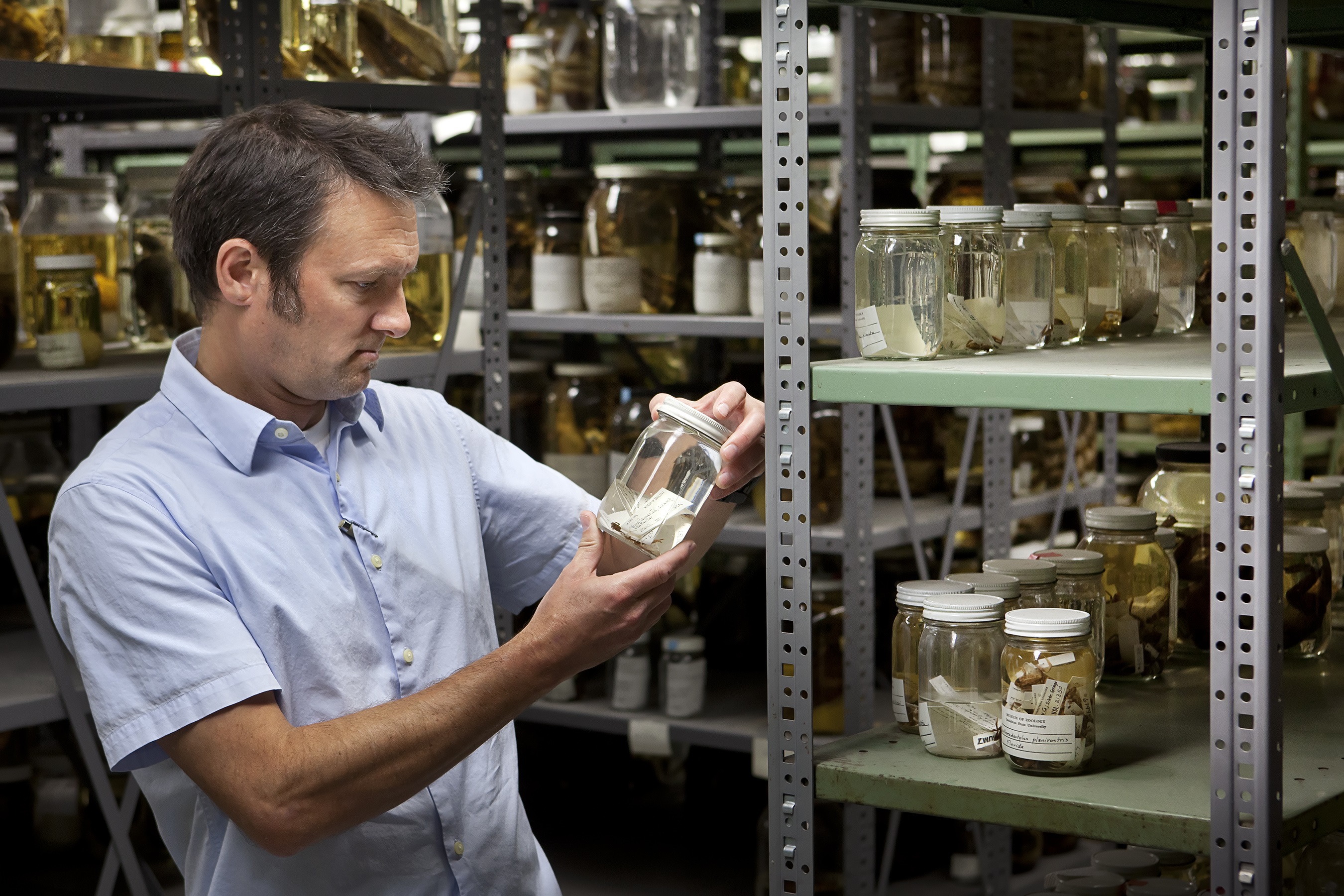 BATON ROUGE – Rare and extinct animals are preserved in jars of alcohol in natural history museum collections around the world, which provide a wealth of information on the changing biodiversity of the planet. These preserved specimens of snakes, lizards, frogs, fish and other animals can last up to 500 years when processed in a chemical called formalin. While formalin helps preserve the specimen making it rigid and durable, it poses a challenge to extracting and sequencing DNA. Furthermore, DNA degrades and splits into small fragments over time. This fragmented DNA is difficult to amplify into long informative stretches of DNA that can be used to examine evolutionary relationships among species when using older DNA sequencing technology. Therefore, scientists have not been able to effectively sequence DNA from these specimens until now.

LSU Museum of Natural Science Curator and Professor Christopher Austin and his collaborator Rutgers-Newark Assistant Professor Sara Ruane developed a protocol and tested a method for DNA sequencing thousands of genes from these intractable snake specimens. Their research was published today in the international scientific journal Molecular Ecology Resources.

“Natural history museums are repositories for extinct species. Unfortunately, naturalists in the 1800s were not collecting specimens for analyses we conduct today such as DNA sequencing. Now with these new methods, we can get the DNA from these very old specimens and sequence extinct species like the Ivory Billed Woodpecker, the Tasmanian Wolf and the Dodo Bird,” Austin said.

He and Ruane found and tested an approach that includes taking a small piece of liver tissue from the snake specimen, heating it up over a longer period of time and applying an enzyme that digests the tissue sample and enables the DNA to be extracted. Their minimally invasive protocol preserves the specimen so additional information can be collected from the specimen in the future. It also includes applying the latest technology to chemically sequence the specimens’ DNA.

“A genome is a complex jigsaw puzzle broken up in to hundreds of millions of small pieces. We can sequence those pieces and computationally put them back together,” Austin said.

They extracted and sequenced the DNA of 13 historic or rare snake specimens from all over the world many of which had never been analyzed using modern genetic methods. Some of the specimens were more than 100 years old. They also integrated these data with modern samples to create a genetic family tree, or phylogeny, that maps the evolutionary relationships of various snake species. This work resulted in thousands of genetic markers for snake specimens collected as far back as the early 1900s.

“The exciting thing about this work is that it makes species that have been essentially lost to science, due to extirpation, rarity or general secretiveness, which applies to many animals and not just snakes, available for scientific research in the modern age of genomics,” Ruane said.

“We also believe this research will benefit scientists working with rare animals that are either hard to collect or extinct but are represented in fluid-preserved historical collections. It also underscores the continued importance of museum collections in modern science,” Austin said.

This research was funded in part by the National Science Foundation (NSF DEB 1146033).