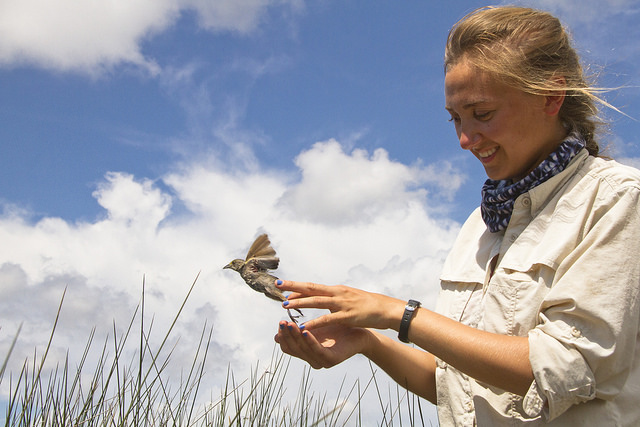 BATON ROUGE – Scientists have identified the first evidence of Deepwater Horizon oil in a land animal - the Seaside Sparrow. The scientists analyzed the diet and feathers of sparrows collected more than a year after the oil spill. The birds that were captured in habitats that were exposed to the oil had a different chemical signature in their tissues than the birds that were found in areas of the marsh that were not exposed to the oil. The scientists’ results show that the oil from the Deepwater Horizon oil spill was incorporated into the prey and feathers of the exposed birds.

“We know that carbon from oil entered the offshore and nearshore food webs as demonstrated for plankton, fish and filter feeders. But this is the first demonstration that carbon from oil was also integrated into a terrestrial vertebrate species, the Seaside Sparrow,” said LSU School of Renewable Natural Resources Associate Professor Sabrina Taylor.

The Seaside Sparrow is a year-round resident of Louisiana marshes. This new study suggests that direct exposure to the toxic oil may have been detrimental to the birds’ reproductive success.

“These results suggest that the differences we have observed in sparrow gene expression and reproductive success between oiled and unoiled sites may be caused by direct toxicological effects not just habitat degradation or loss of prey species,” she said.

The researchers encourage further studies on the effect of the oil spill on terrestrial species. 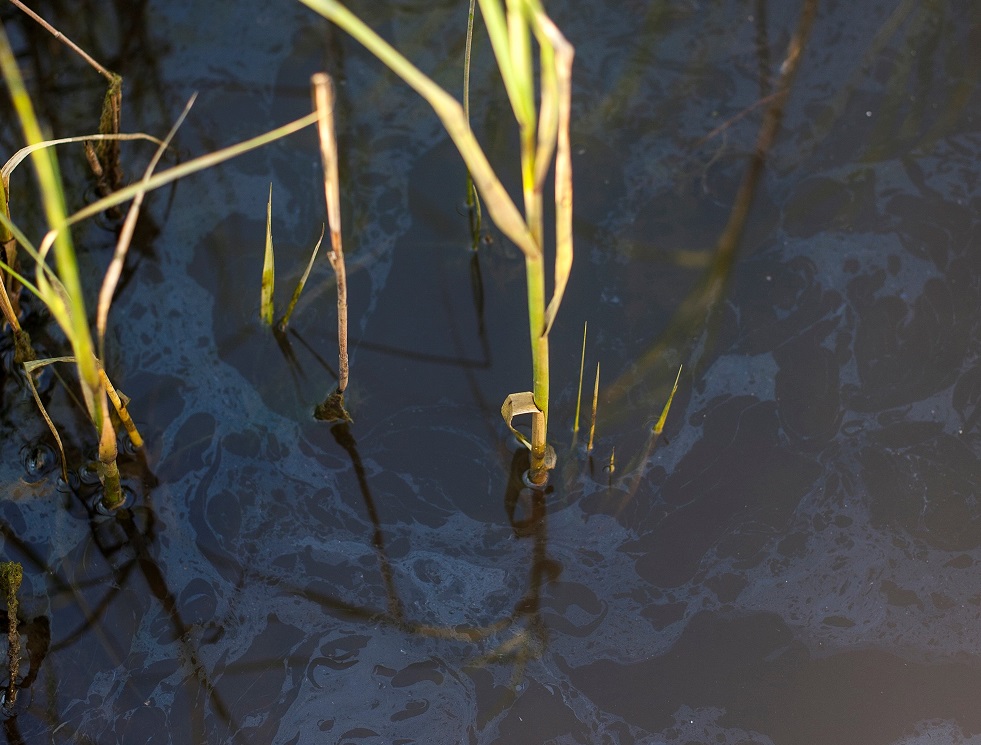 “We tend to think of terrestrial ecosystems as safe from oil contamination. However, the boundary between marine and terrestrial ecosystems is much less defined than we assume. Species that live at the boundary are not only vulnerable to the toxic effects of oil, but they can also be responsible for the transport of oil into the terrestrial food webs. Future risk and damage assessments should incorporate an evaluation of the potential threat to terrestrial wildlife from oiling operations and oil spills,” said Andrea Bonisoli Alquati, a professor of environmental toxicology in the Department of Biological Sciences at Cal Poly Pomona and the lead author of the study.

This research by scientists from the LSU School of Renewable Natural Resources, the LSU Department of Oceanography and Coastal Sciences, the Cal Poly Pomona Department of Biological Sciences and Austin Peay State University Department Biology was published today in Environmental Research Letters.