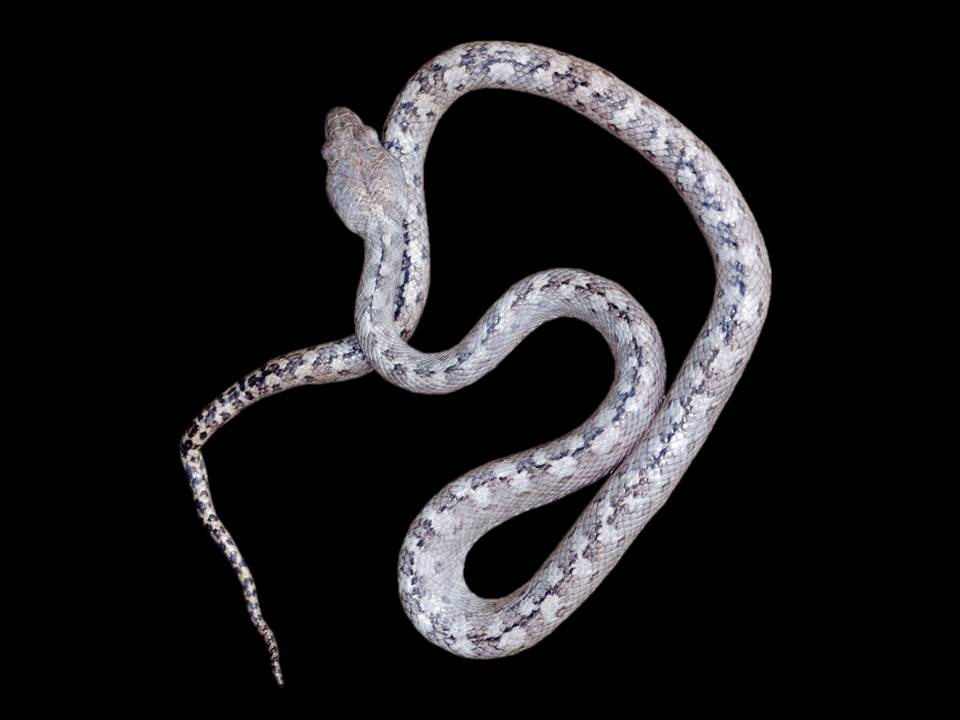 BATON ROUGE – Researchers discovered a new snake species in Madagascar and named it “ghost snake” for its pale grey coloration and elusiveness. They found the ghost snake on a recently opened path within the well-traveled Ankarana National Park in northern Madagascar in February 2014. They studied the snake’s physical characteristics and genetics, which verified that it is a new species. The researchers from the LSU Museum of Natural Science, the American Museum of Natural History and the Université de Mahajunga in Madagascar named it Madagascarophis lolo, pronounced “luu luu,” which means ghost in Malagasy. Their work was published in the scientific journal, Copeia, today.

The ghost snake is part of a common group of snakes called Madagascarophis, or cat-eyed snakes, named for their vertical pupils, which is often found among snakes that are active in the evening or night. Many of the cat-eyed snakes are found in developed areas or degraded forests. However, the researchers found the ghost snake on the national park’s iconic pale grey limestone Tsingy rocks.

“None of the other snakes in Madagascarophis are as pale and none of them have this distinct pattern,” said Sara Ruane, post-doctoral researcher at the LSU Museum of Natural Science and lead author of the paper.

The researchers conducted genetic analyses and were surprised to find that the ghost snake’s next closest relative is a snake called Madagascarophis fuchsi, which was discovered at a site approximately 100 kilometers north of Ankarana several years ago. Both were found in rocky, isolated areas.

“I think what’s exciting and important about this work is even though the cat-eyed snakes could be considered one of the most common groups of snakes in Madagascar, there are still new species we don’t know about because a lot of regions are hard to get to and poorly explored. If this commonly known, wide group of snakes harbors this hidden diversity, what else is out there that we don’t know about?” Ruane said.

Malagasy master’s student Bernard Randriamahatantsoa spotted the snake on the path. Randriamahatantsoa, Ruane and their collaborators discovered the ghost snake after hiking for more than 17 miles in near-constant rain from their field site to the Ankarana park entrance, whilst in search for a different species. 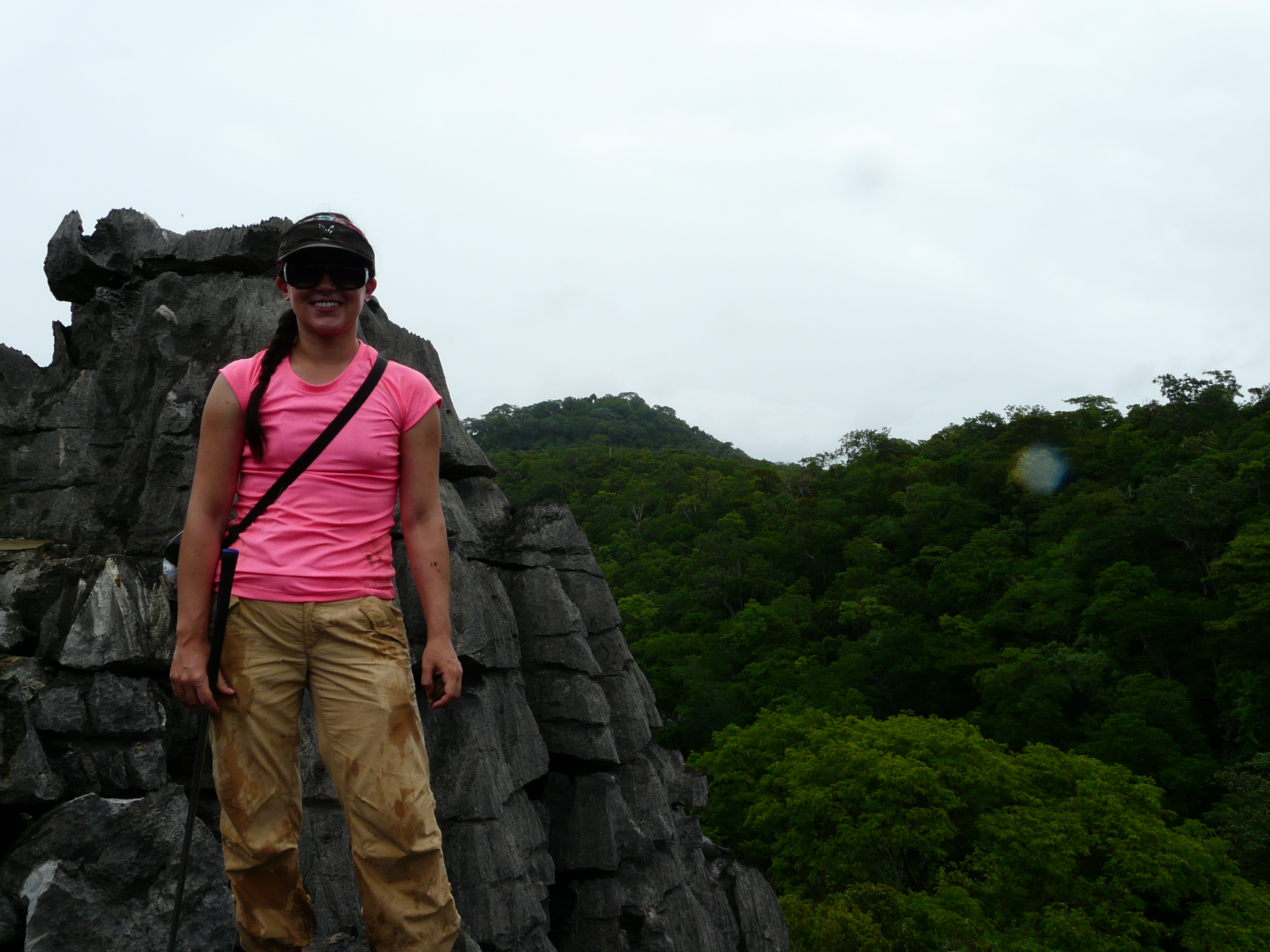 “It was really tough. It was a lot of work, but the payoff was big,” Ruane said. “Snakes are hard to find under the best of circumstances. They are pretty elusive.”

That’s why the researchers conduct their fieldwork during the rainy season in Madagascar when snakes and their prey, such as frogs, lizards and even other snakes, are most active.

After discovering this new species, the researchers returned to the U.S. to conduct their morphological and genetic analyses. Part of the study of the snake’s physical characteristics includes counting all of the scales on its belly, its back, counting how many scales touch the eye and the number of scales on the upper and lower lips.

Ruane extracted DNA from tissue samples from the ghost snake and the previously found Madagascarophis fuchsi. She compared three genetic markers shared across the species of Madagascarophis to determine how similar the new species was to those previously known. In addition, Ruane and her colleagues mapped the genetic family tree, or phylogeny, for the entire group of Madagascarophis, which has five species.

“All of the analyses we did supported that this is a distinct species despite the fact that we only have this one individual,” she said.

This research was supported by the National Science Foundation. Ruane will participate in a live Twitter Q & A on Thursday, Sept. 8 from noon to 1 p.m. Central Time about this new species from the LSU Museum of Natural Science’s Twitter handle @LSU_MNS.

The Cat-eyed Snakes of Madagascar: Phylogeny and Description of a New Species of Madagascarophis (Serpentes: Lamprophiidae) from the Tsingy of Ankarana, Copeia: