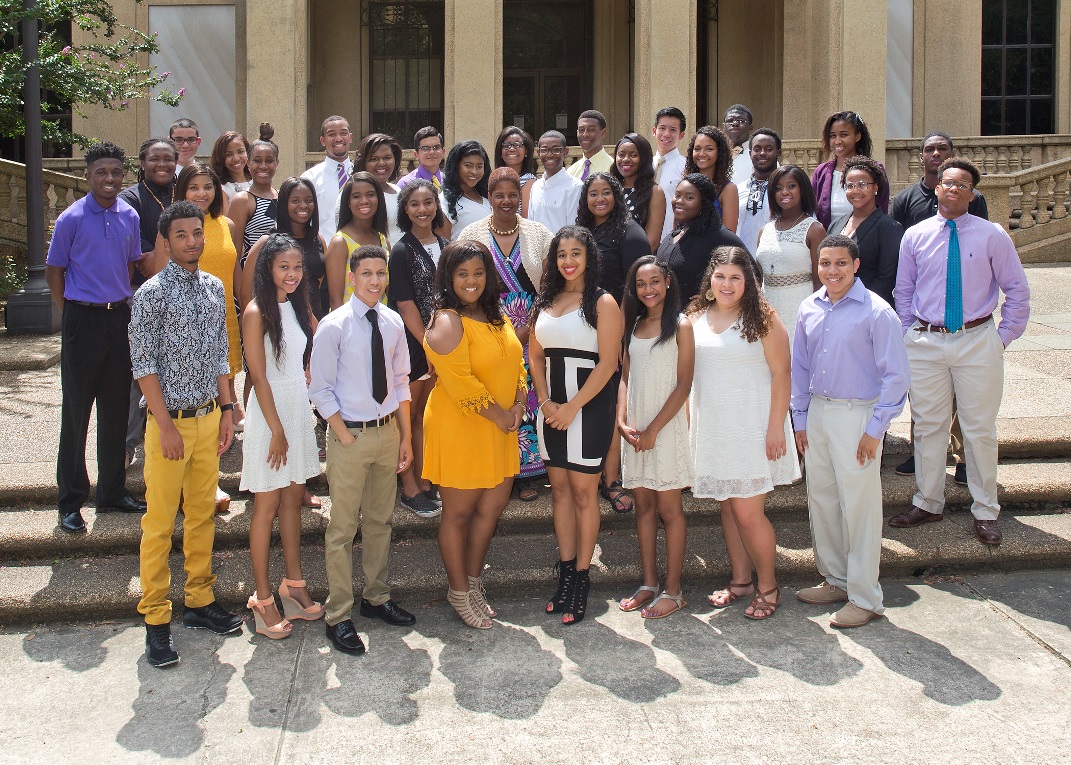 The closing ceremony and banquet enables students to share highlights from the summer program, as well as to reward the scholars on their academic achievements.

“The Class 2016 has been another successful experience for our newest Summer Scholars cohort,” said R. Paul Ivey, executive director of LSU University College. “These 32 students, who comprised the 25th anniversary year of scholars, have embraced the concepts of this program, and we expect to see each of them flourish in their academic careers at LSU. They join a family of more than 700 past participants who live by the mantra, ‘Once a Scholar, Always a Scholar.’ The program continues to create a tremendous impact on LSU and in the lives of our students.”

Administered by University College, Summer Scholars is an eight-week summer bridge program that prepares selected high-achieving, minority students to make a successful transition from high school to the university. This experience offers students the opportunity during the summer semester prior to their college freshman year to become adjusted to the academic, personal, and social challenges that they may encounter at LSU.

“One of the most amazing aspects of this program is the ability to observe the transformation from an insecure high school graduate to a self-confident college freshman,” said Annette Yancy, coordinator of Summer Scholars and academic counselor with University College’s Center for Freshman Year. “This transformation is made possible because of the many LSU resources made available to our students during the eight-week Summer Scholars program.”

“This year the Class of 2016 was thrilled to meet outstanding LSU Alum of the Year, Dr. Mario Garner. His example of excellence and his admiration for the 2016 cohort clearly demonstrates ‘Once a Scholar, Always a Scholar,’” Yancy added.

University College salutes these deserving LSU students in succeeding in their academic achievements, and expresses our gratitude to parents and friends for their continued support.