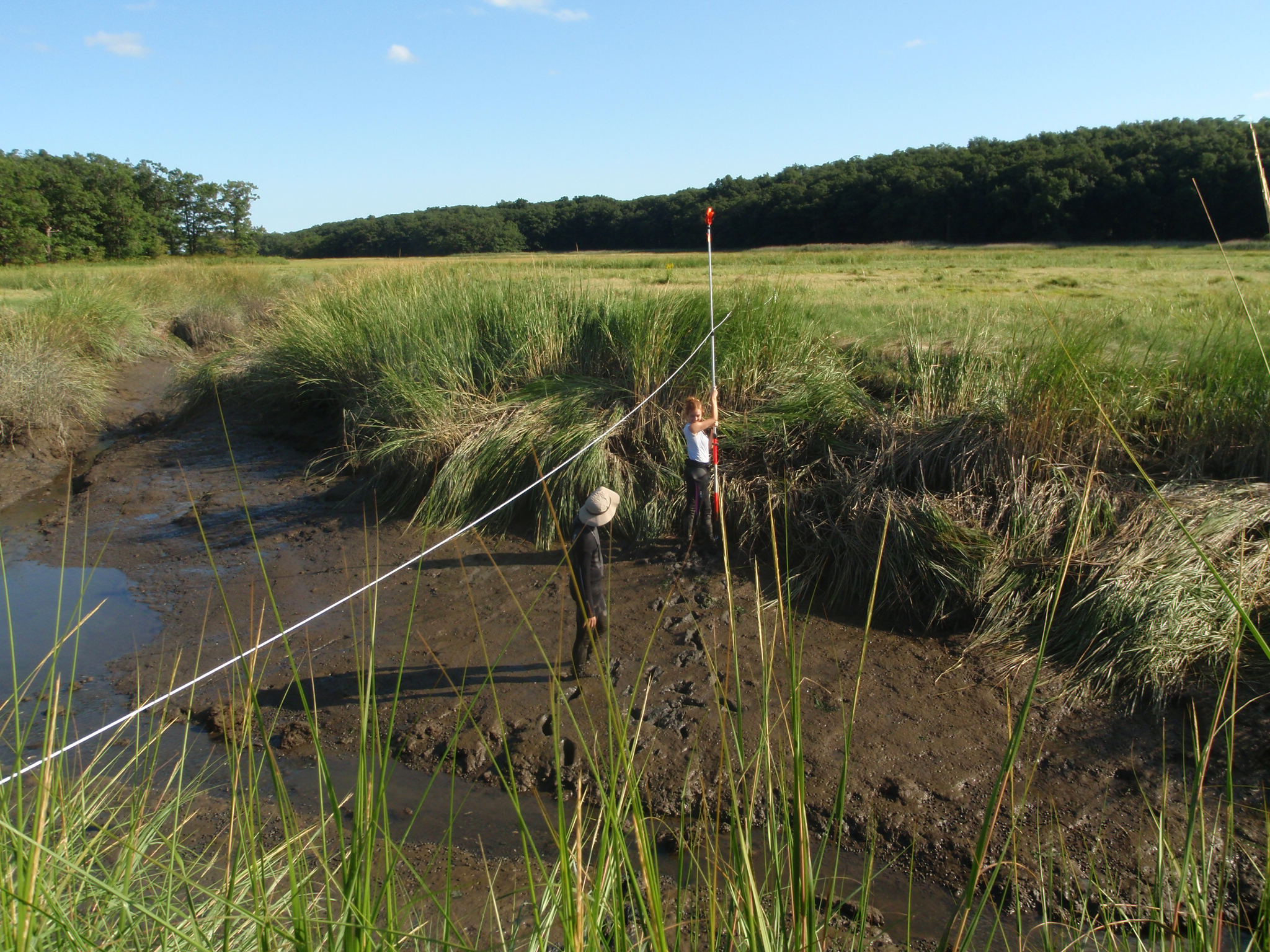 BATON ROUGE – When the banks of a marsh channel accumulate sediment at a faster rate than relative sea level rise, it may seem like the marsh is resilient. However, a new study published in Geology proposes a new framework to look at sediment fluxes in marsh channels that takes into account the natural process of sediment recycling. Understanding how sediments are transported within salt marshes is critical to predict the effect that processes such as nutrient loading, sea-level rise and sediment supply have on marsh erosion.

Researchers from LSU and Boston University studied two channels on Plum Island Sound located about an hour north of Boston, Mass. They built a computer model to simulate cross sections of the channels and the adjacent marsh.

“Our results indicate that marsh resilience may have been overestimated when vertical accretion rates were higher than relative sea level rise because sediments are naturally recycled within channels,” said LSU Department of Oceanography & Coastal Sciences Assistant Professor Giulio Mariotti, who is the lead author of the paper.

In a balanced marsh ecosystem, sediment builds up on the banks of the channel while the slope sloughs off back into the marsh, which helps the channel maintain its width and depth. A similar process occurs in river channels. Mariotti took this principle and applied it to salt marsh channels.

However, other factors can disrupt the natural equilibrium of the marsh. For example, a previous study published in Nature studied the effects of nutrients in one channel and found that it weakened the banks of the channel. Mariotti reinterpreted data from this study in the new framework and saw that although nutrients reduced the channel bank’s strength, it does not cause significant marsh loss as the previous study suggested. This new interpretation shows actually that the weakening of the banks increases the low marsh area at the expense of the high marsh.

Mariotti emphasizes that what is observed on the banks of the channel marsh is not indicative of what occurs in the interior of the marsh, which comprises about 90 percent of the marsh ecosystem. Therefore, studies using data on sedimentation rates from marsh channels would provide a biased outlook for overall marsh loss.

“The marsh channels exhibit this flow cycle and equilibrium, but the interior responds differently,” he said.