The second annual Academy of Applied Politics Speaker Series hosted by the Reilly Center for Media & Public Affairs, Cornerstone Government Affairs and Taylor Porter will be held on April 8, 2019 at the LSU Manship School of Mass Communication’s Journalism Building. “Classified Communications: Messaging for National Security and Foreign Affairs” featuring Rear Admiral John Kirby, USN (ret) and Vice President of Government Operations Communications at the The Boeing Company Gordon Johndroe will focus on how mass communication professionals cover and disperse military, foreign affairs and national security information. The event will investigate methods the military and national security organizations use to keep the public informed in peacetime, conflict and war. 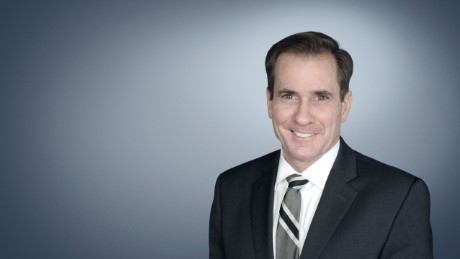 Rear Admiral John Kirby, USN (ret), is a CNN military and diplomatic analyst and most recently served as Assistant Secretary of State for Public Affairs. Kirby appears regularly on The Situation Room with Wolf Blitzer and across all of CNN's programming providing analysis on issues related to the U.S. military, defense, foreign affairs and diplomacy.

Prior to joining CNN, Kirby had a 29-year career with the United States Navy, joining after college and eventually retiring as Rear Admiral in 2015. In 2011, then-Secretary of Defense Leon Panetta appointed Kirby to Deputy Assistant Secretary of Defense for Media Operations. Two years later, after serving as the U.S. Navy's Chief of Information, Kirby was chosen as Pentagon Press Secretary and became the first uniformed officer to hold the position. Following his military career, Kirby returned to government to serve as the Spokesperson for the U.S. State Department. Soon after, he was appointed by then-President Obama to take on the role of Assistant Secretary of State for the Bureau of Public Affairs, a title he held until the end of the Obama administration.

Kirby is from St. Petersburg, Florida, and holds a B.A. in History from the University of South Florida, as well as an M.S. in International Relations from Troy State University and an M.A. in National Security and Strategic Studies from the Naval War College. 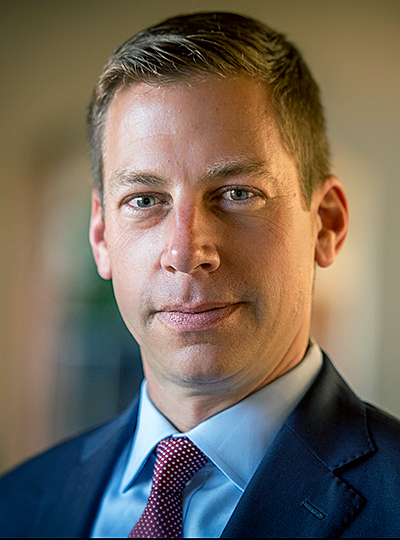 Mr. Gordon Johndroe is vice president of Government Operations Communications at The Boeing Company. He was named to this position in November 2014 and is responsible for developing and implementing communications strategies associated with advocacy for the company’s products and businesses, as well as issues management and outreach to the Washington, D.C. news media and related constituencies.

Mr. Johndroe brings more than 15 years of political communications and media relations experience in the executive branch and private sector. Mr. Johndroe comes to Boeing from Lockheed Martin, where he served as vice president for worldwide media relations and was the chief spokesperson for the corporation, counseled senior leaders on media engagements, and oversaw international outreach campaigns.

Prior to Lockheed, Mr. Johndroe was a vice president at APCO Worldwide from June 2010 to April 2013, where he advised global corporations on strategic communications, media strategy and government relations. From October 2006 to January 2009, he served as White House deputy press secretary and as spokesman for the National Security Council (NSC).

There, Mr. Johndroe prepared the president and the national security advisor for media interviews and briefings. Mr. Johndroe also briefed the White House press corps and coordinated regularly with cabinet secretaries, U.S. embassies and military commands, the Office of the Director of National Intelligence and the Central Intelligence Agency.

From June 2005 to October 2006, Mr. Johndroe served as Director of Strategic Communications and Planning at the U.S. State Department; and from November 2003 to May 2005 as Press Secretary to First Lady Laura Bush. Mr. Johndroe also served as press secretary for the Department of Homeland Security, Assistant White House press secretary, and worked on George W. Bush’s 2000 presidential and 1998 gubernatorial campaigns. He has guest lectured at Georgetown and American universities, and participates in the State Department’s International Visitor Program.