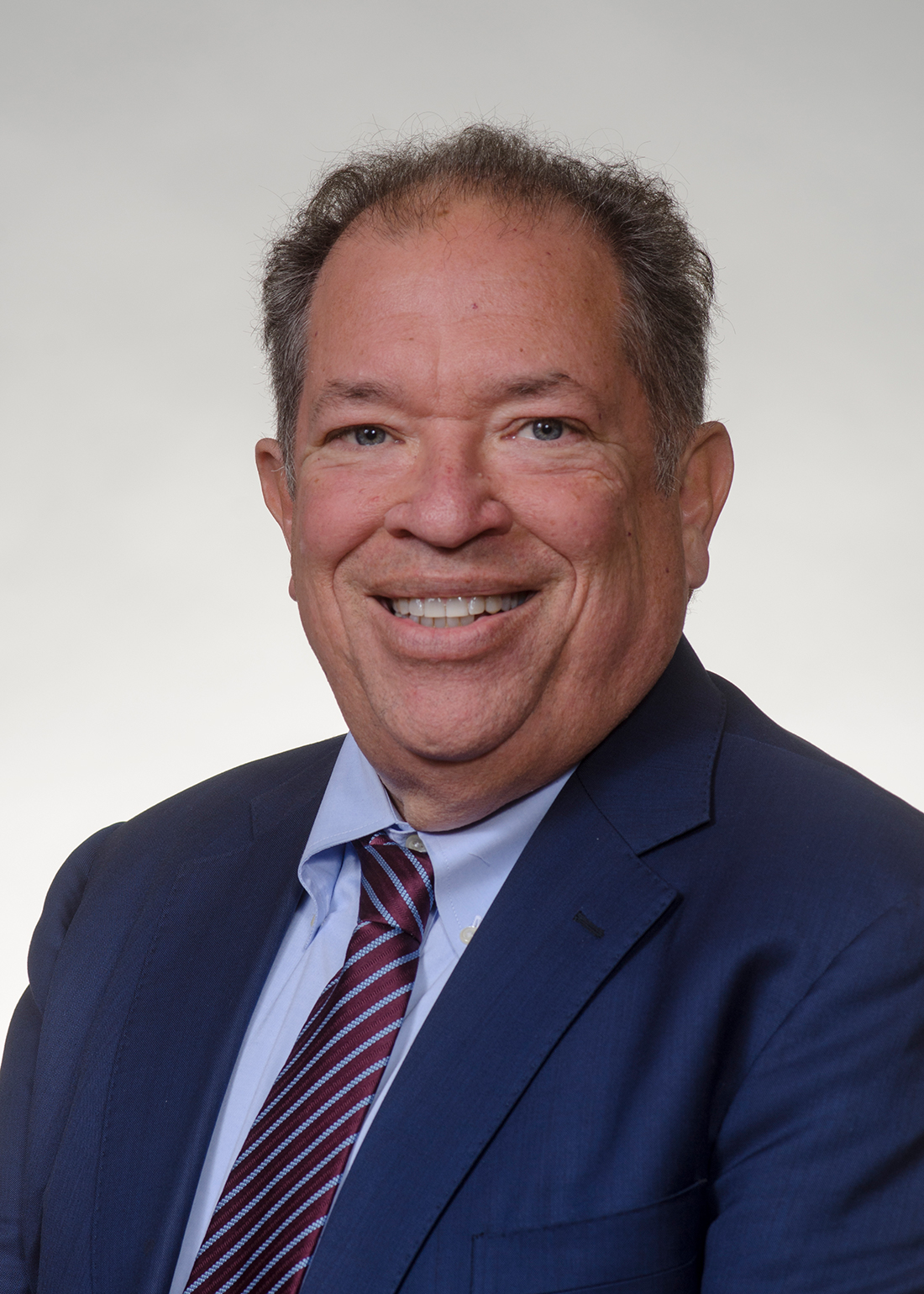 Dr. Charles Steinberg has been a leading baseball executive for more than 40 years with the Baltimore Orioles, San Diego Padres, Los Angeles Dodgers, Boston Red Sox, Commissioner Allan H. (Bud) Selig, and his current position as President of the Pawtucket Red Sox, the Triple A affiliate of the Boston Red Sox.  In addition, “Dr. Charles” is the Director of Sports Communication at Emerson College in Boston, and he is also helping Commissioner Emeritus Selig with his memoirs.

Throughout his career, he has helped revamp and re-energize the ballpark ambiance and atmosphere, transforming the fan experience with ground breaking entertainment and fan engagement, and enhancing life in the community with award-winning programs for citizens, regardless of their affinity for baseball.

In more than a decade as Executive Vice President of the Boston Red Sox, Dr. Steinberg was responsible for orchestrating ceremonies that ranged from Opening Days to World Series Parades, and that included the dramatic nationally-televised ceremony at Fenway Park following the Boston Marathon bombings in 2013.  He introduced the playing of “Sweet Caroline” on a nightly basis, created the Fenway Ambassadors good will troupe, and helped establish the Red Sox Scholars program to provide middle schoolers with college scholarships of $10,000 each.

During his tenure, the Red Sox set a major league record with 820 consecutive sell outs over a 10-year period.

With the Los Angeles Dodgers, he was Executive Vice-President/Marketing & Public Relations and Chief Marketing Officer.  He orchestrated the year-long ceremonies that paid tribute to the club’s 50th Anniversary in Los Angeles, including an historic trip to China and a phenomenal charity exhibition game at the Los Angeles Memorial Coliseum played before the largest crowd in professional baseball history--a Guinness World Record of 115,300.  And, he created and produced a three-day baseball musical tribute at the Hollywood Bowl before more than 50,000 people.  The Dodgers led Major League Baseball in attendance during his tenure.

Dr. Steinberg had similar responsibilities with the San Diego Padres, for whom he was a key contributor to the city’s successful campaign to build Petco Park, which saved major league baseball in San Diego.  The Padres also established franchise records in attendance during his tenure.

He started his career spending 19 years with his hometown Baltimore Orioles, rising from intern to head of Public Relations.  During that time, he was Hall of Fame Manager Earl Weaver’s statistician, and he also orchestrated the ceremonies that closed Memorial Stadium and that opened Oriole Park at Camden Yards.  He worked for the Orioles while earning his undergraduate degree from the University of Maryland and his doctorate from Maryland’s dental school, and continued his front office work while also assuming the role of team dentist.

With all of his clubs, he has headed the clubs’ relationship with the community via public relations and outbound marketing, ballpark entertainment and special events, advertising, television and video production, and innovative fan services departments.  Each of the four franchises established attendance records during his tenure, and he has helped produce Postseason ceremonies in 13 different seasons.

An Emmy Award Winner, a Telly Award Winner, and a musician and songwriter, Dr. Charles’s compositions have been recorded by Marilyn McCoo & Billy Davis Jr., and others.  He performed “Take Me Out to the Ballgame” on the Fenway Park organ during Jimmy Buffett’s concerts in 2004, was part of a group that sang on the Dropkick Murphys’ hit song, “Tessie,” and had a cameo with Drew Barrymore in the Farrelly Brothers’ hit film, “Fever Pitch.”

In 2014, the New England Region of the Anti-Defamation League honored him for helping Boston heal from the wounds of the Boston Marathon tragedy and for the community programs he helped create.

Also in 2014, the Information Display and Entertainment Association, the organizing body of all sports venue entertainment officials, enshrined Dr. Charles into their IDEA Hall of Fame. 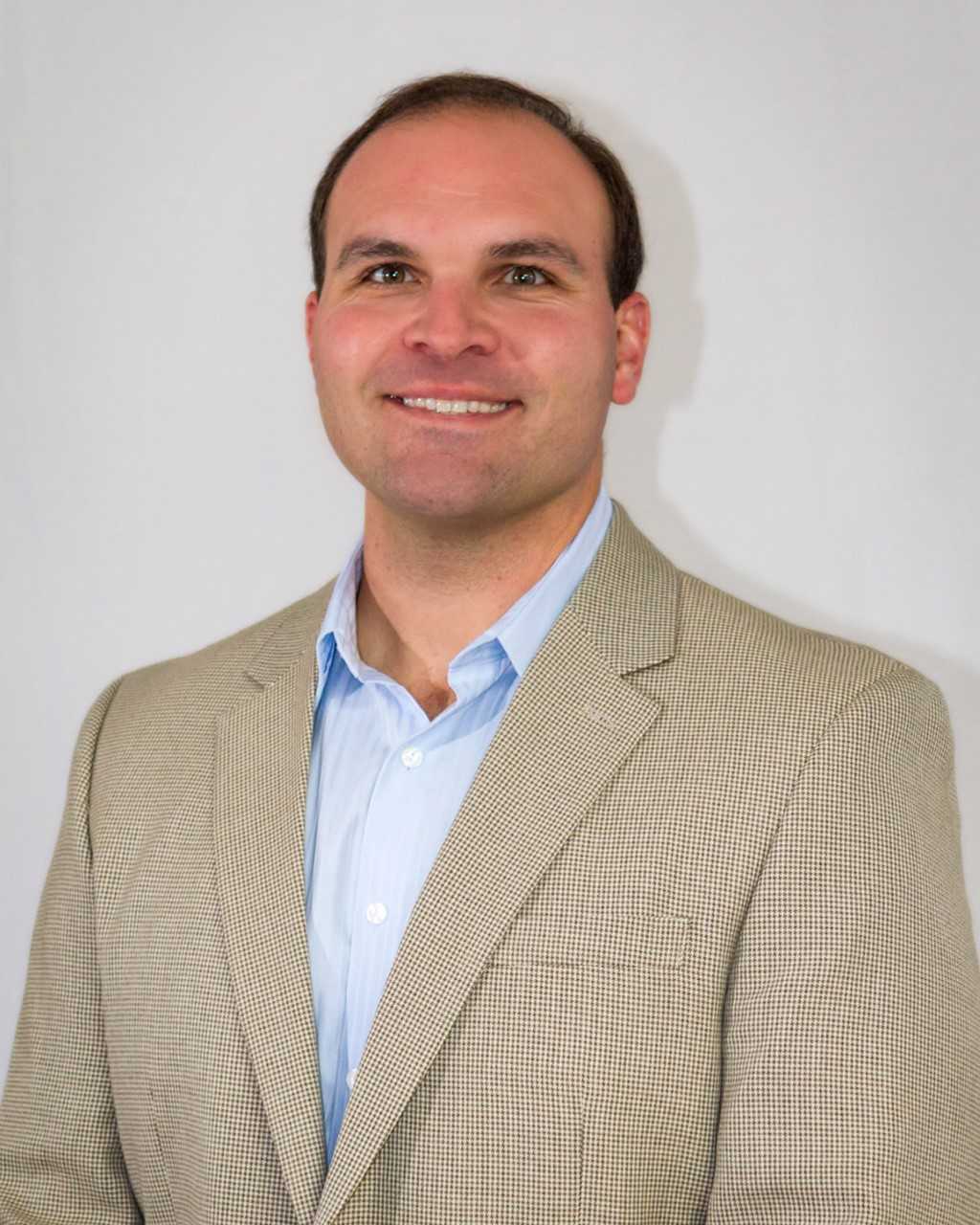 Matt earned his degree in Broadcasting at the LSU Manship School of Mass Communication. He previously worked at WIBR as an executive producer of a news talk radio show and at Westwood One news department as a contributor to their national news wire service.

In 2012, Radio Ink Magazine named Matt among their list of the Top 30 Local Sports Talkers in America. 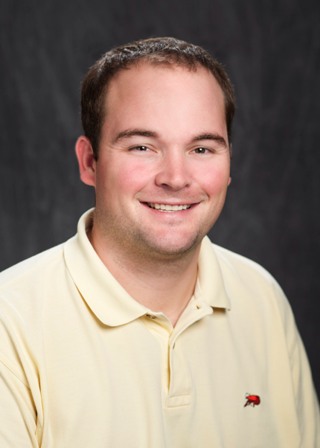 On January 1, 2017, Eric Engemann succeeded Jerry Stovall as the second president of SportsBR.  Eric has been on staff with SportsBR since April of 2007 and served the last 5 years as Vice President.

From August 2011 to May of 2017, Eric was also a full-time member of the faculty of the Sports Administration program in LSU's Department of Kinesiology. He currently serves in an adjunct role at LSU, teaching Professional Development to undergraduate students.

Eric is an active member of St. Aloysius Catholic Church and a volunteer on the Board of Directors of Louisiana Senior Olympic Games. 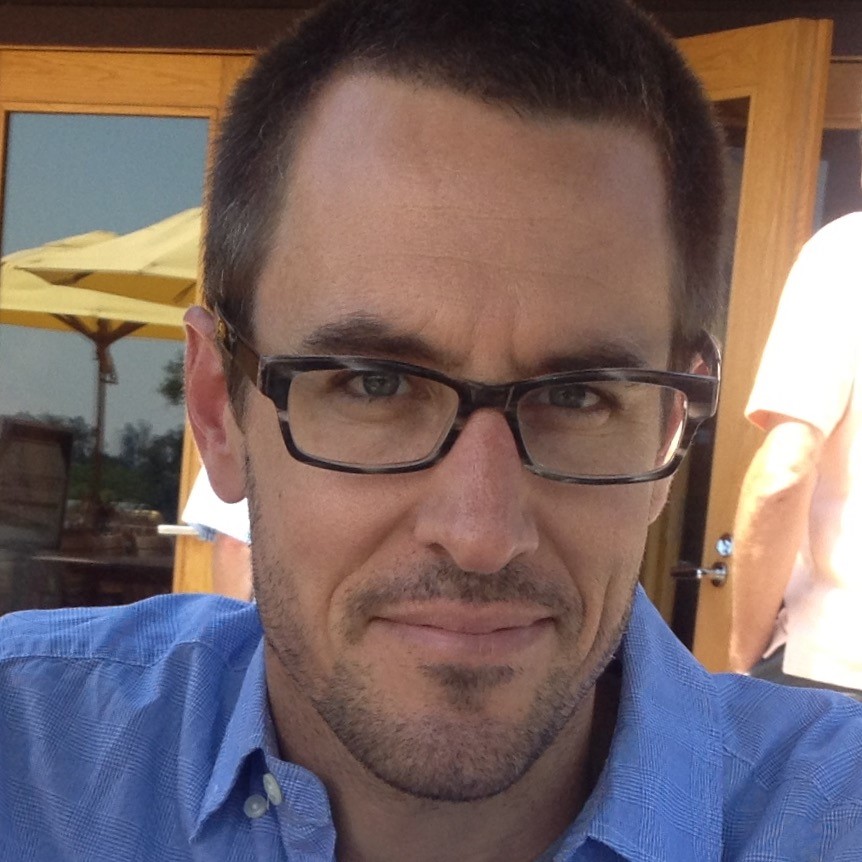 David Hunn came to the Houston Chronicle in June 2016. He has since written on bankruptcies and debt loads after the 2014 oil price crash, on the boom in the Permian Basin that followed, and at length on the discovery of Houston-based Apache Corp.'s Alpine High oil and gas field in the Permian's southern Delaware Basin. David previously covered government spending for the St. Louis Post-Dispatch, including the $380 million renovation of the Gateway Arch grounds, the five-institution tax-payer-funded Zoo-Museum District, and the $1 billion plan to build a new football stadium on the Mississippi River in hopes of keeping the then-St. Louis Rams in the city.

David grew up in California, taught English for two years to seventh-graders in the Long Beach Unified School District and worked for the Bakersfield Californian and Anchorage Daily News. He has won numerous awards for education reporting, was part of the Post-Dispatch’s Pulitzer-finalist team for a city hall shooting outside of St. Louis, and was named a 2016 finalist in feature writing by the Society of American Business Writers and Editors. 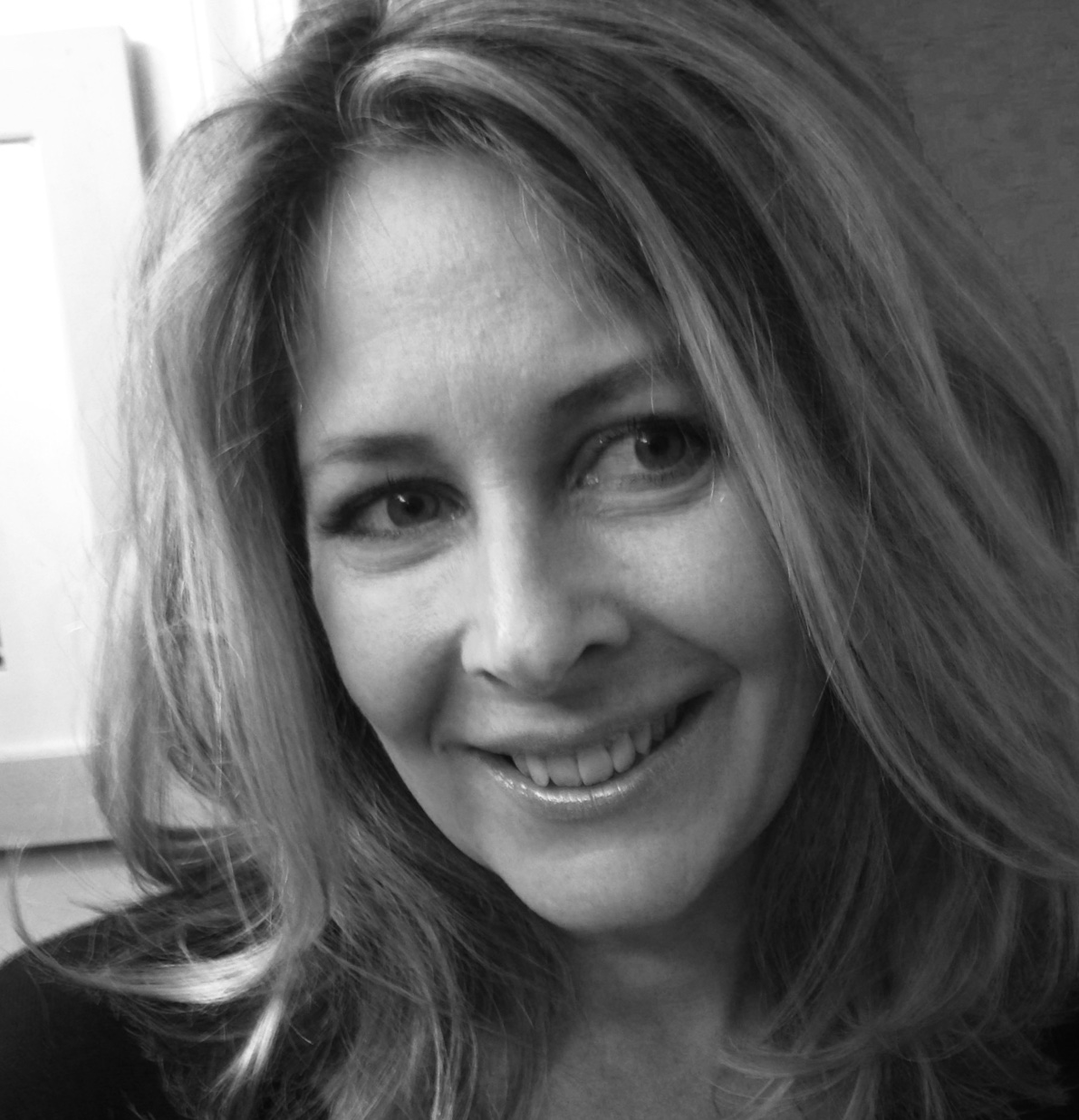 Denise is a sports and corporate communications, branding, community relations and player relations specialist working with MLB, NFL and NBA league offices and teams, as well universities and advocacy groups, to position, protect and promote their interests with diverse audiences.

As the head of the sports division at the Sanderson Strategies Group, Denise provides strategic counsel and communications services to clients at all competitive levels to develop and improve brand definition and value, build and integrate their internal and external communications plans, guide strategy for public actions, and inoculate them against criticism. She joined SSG in 1999 after spending six years in the public relations department of Major League Baseball.

A native New Yorker, Denise has spent a significant portion of her time over the past 15 years in Louisiana and was embedded with a disaster relief company in Baton Rouge for nearly a year following Hurricane Katrina. She received her Bachelor of Arts in History from the City University of New York at Queens College, and holds certificates in public relations and Public Dispute & Negotiation  from NYU and the Harvard/MIT Executive Education Program. She serves on the Board of Directors for National Pro Fastpitch and is a member of WISE, Women in Sports and Events. 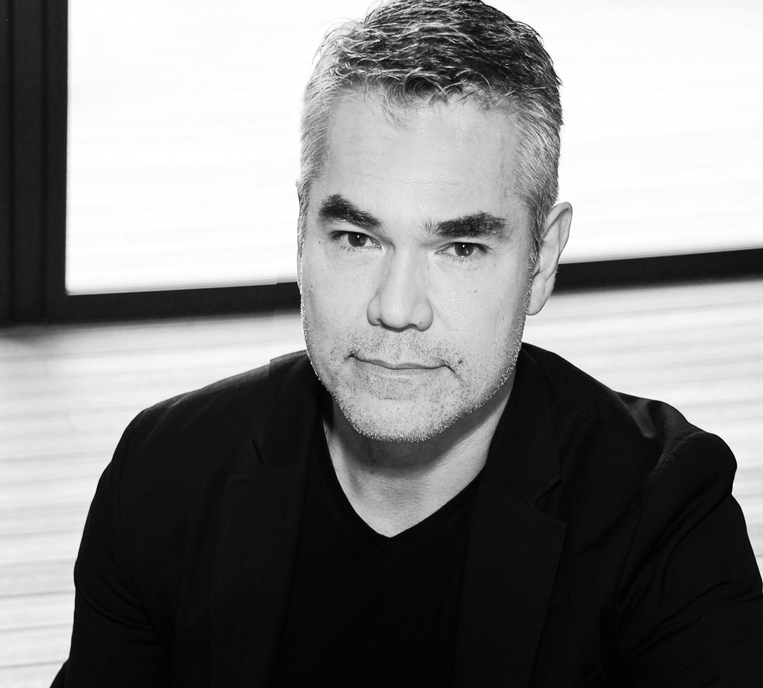 Chad Seifried (PhD) is a Professor at the Louisiana State University and a Research Fellow with the North American Society for Sport Management. His interests embrace the use of historical methods to review the management history associated with organizations, individuals, and sport facilities. His work involving facilities primarily reviews innovation and modernization and does so through an interest to better understand the construction and preservation history of sport venues as a commercial attraction. With a special emphasis on the intercollegiate and professional sport contexts in the United States, Dr. Seifried’s work has also looked at tax laws, building codes, leases, and the management of postseason mega events. Overall, Dr. Seifried has authored over 100 peer-reviewed articles and presentations and several book chapters. 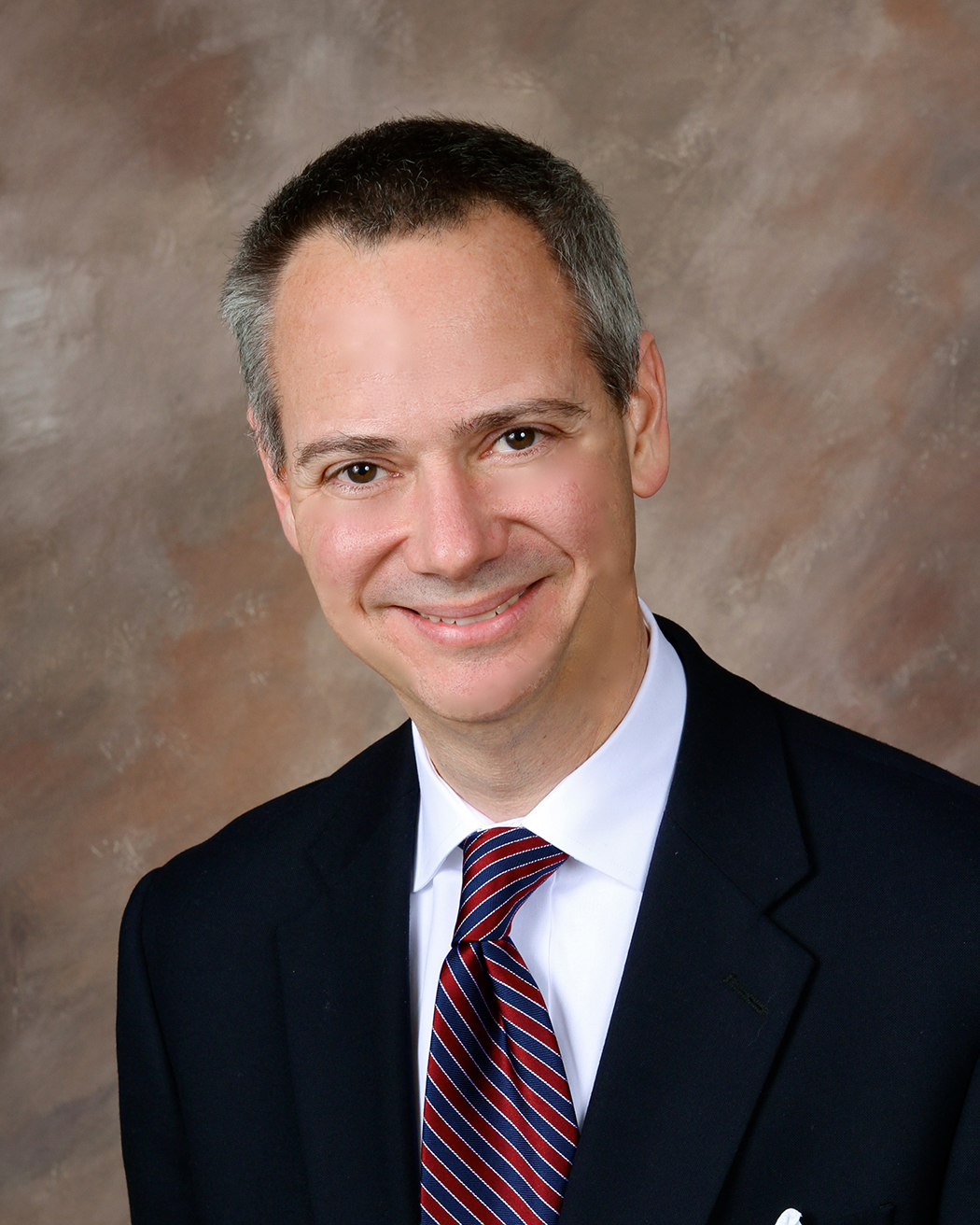 Ron Watermon leads the Communications Department, serving as the team's point person on all business and baseball communications ranging from overseeing the team’s media, digital media, and public relations to producing the Cardinal’s Insider Show with Ozzie Smith. Ron joined the Cardinals in September 2001 to help the team secure the necessary political approvals to construct a new ballpark in downtown St. Louis. Over the years, Ron has worked on behalf of the team's President on a variety of special projects that cross departments within the Cardinals' organization, including developing a comprehensive cloud-based digital archive of important team assets, helping coordinate the sale of memorabilia from the old Busch Stadium, lobbying to reform Missouri's ticket resale laws, and coordinating the team's full cooperation with Senator Mitchell's Investigation into performance enhancing substances in baseball. Ron also helped coordinate the "Teams Unite for Joplin" effort in 2011, among other notable events.