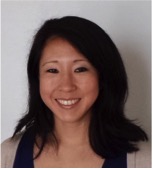 Hwang will be an assistant professor in the Department of Sociology at Stanford University beginning in Fall 2017. She is currently a Postdoctoral Research Fellow in the Office of Population Research at Princeton University. She received her Ph.D. in sociology and social policy from Harvard University. Hwang’s main research interests are in the fields of urban sociology, race and ethnicity, immigration, and inequality. In particular, her research examines the relationship between how neighborhoods change and the persistence of neighborhood inequality by race and class in U.S. cities. Her current projects focus on gentrification and the recent housing crisis, drawing on innovative forms of data, such as street-level imagery from Google Street View, to measure neighborhood and housing characteristics. Her work examines various aspects of this subject, including the role of race, ethnicity, and immigration on uneven patterns of gentrification, the consequences of gentrification on residential stratification, and how segregation has shaped the housing crisis and its recovery. Her work has appeared in the American Sociological Review, the ANNALS of the American Academy of Political and Social Science, Demography, Social Forces, and the Urban Affairs Review.