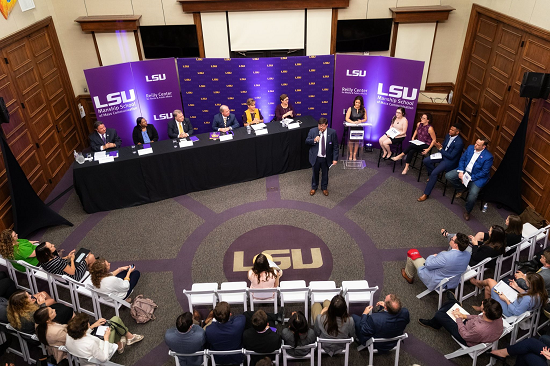 Louisiana Secretary of State candidates convened at LSU’s Manship School of Mass Communication to discuss their vision for office as part of LSU President King Alexander’s multiple-day Behind the Ballot Symposium. The forum explored factors that impact voter behavior and will include questions on election integrity, college-aged voters and voting rights.

Re-envisioning Louisiana: The State We Want to Be In 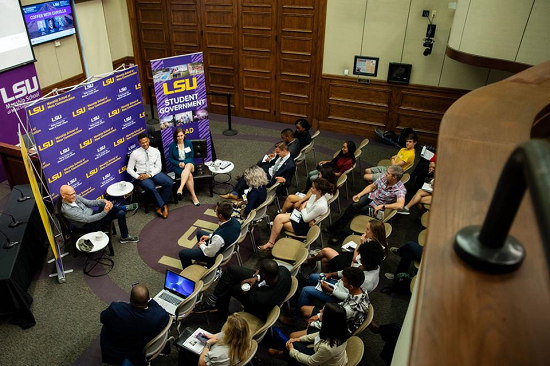 This day long event held October 16th, 2018 centered around the pivotal question that many young Louisianans ask themselves as they contemplate college or beginning their careers: should I stay in Louisiana or should I go? Experts on economic development, criminal justice, education, disaster prevention, arts and more explored the adversities and opportunities for growth in Louisiana. 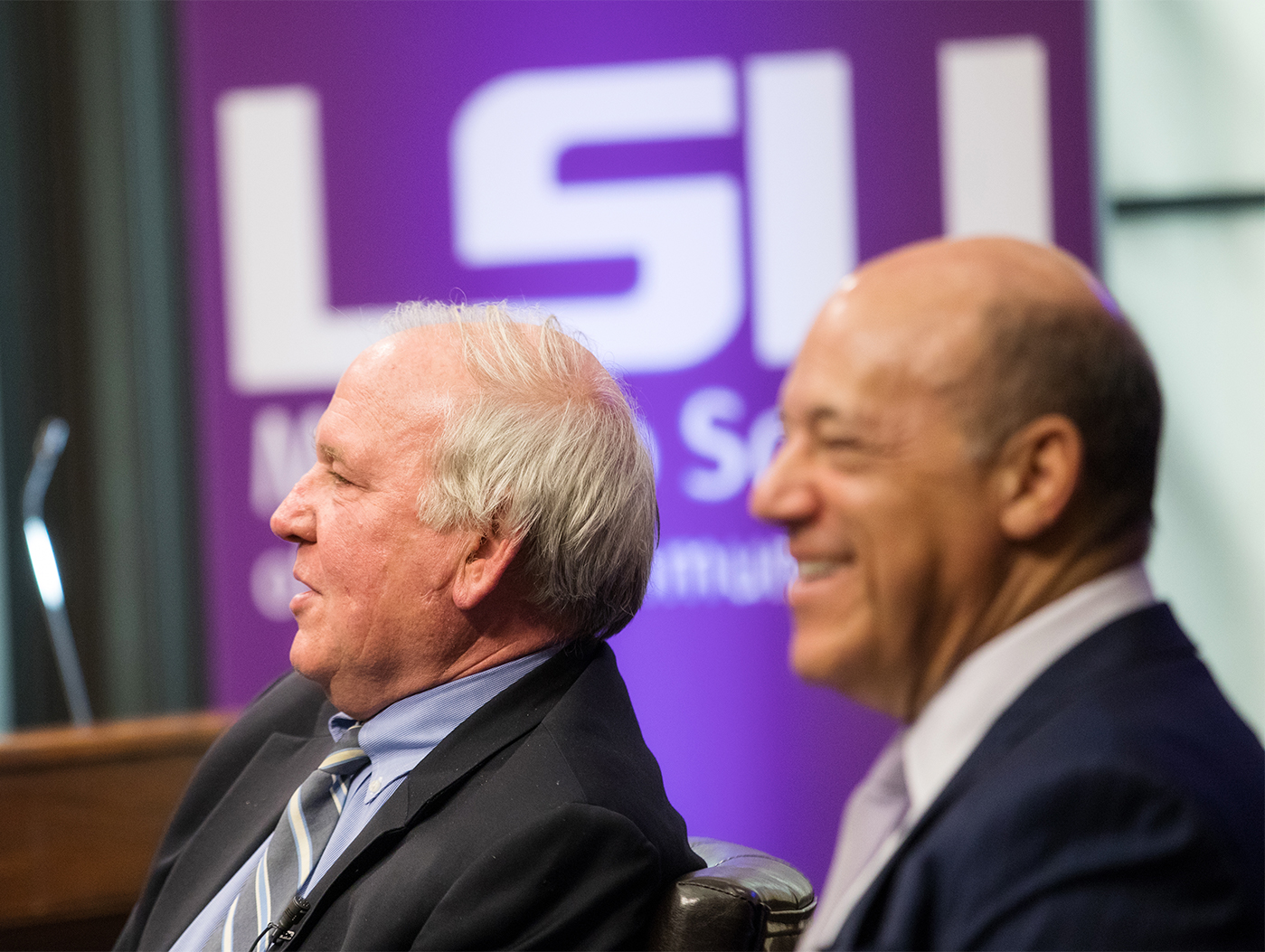 Hear them Roar: Voicing the Truth on Sexual Harassment in Media & Politics 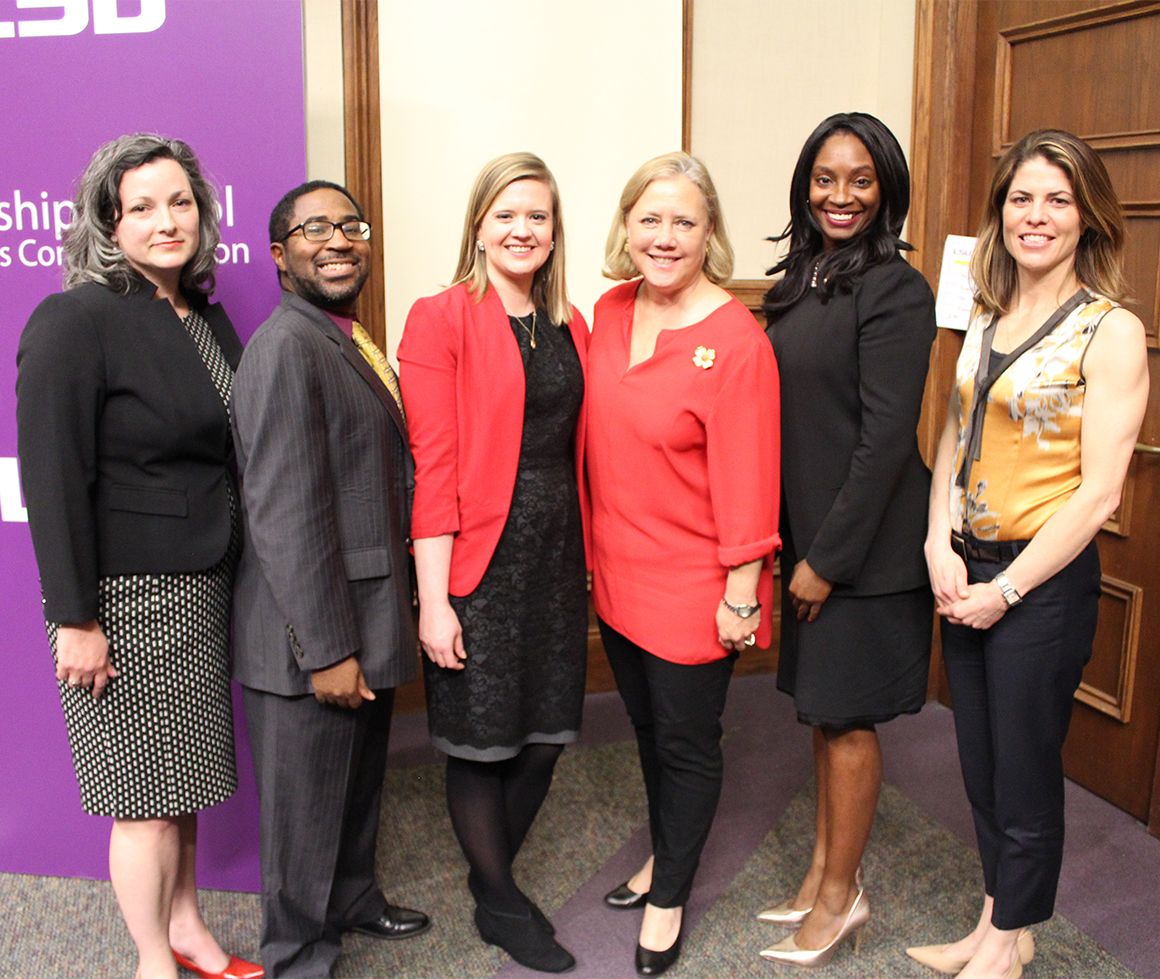 Our national news features near-daily breaking stories of alleged sexual harassers and their victims, leaving some people stunned and others surprised it took this long for a national conversation to begin. Like other industries that wield power and money, media and politics are at the forefront of the conversation. LSU’s Manship School convened media, government and law experts to discuss the role of these industries in building the sexual harassment structure and how they can serve as instruments of change. Senator Mary Landrieu, center, opened and moderated the panel. Public relations and journalism instructors Sadie Wilks and Steve Bien-Aime, Ph.D., joined legal expert Michelle Craig and journalists Amy Brittain (The Washington Post) and Gloria Riviera (ABC News) in a robust discussion of this salient public issue. 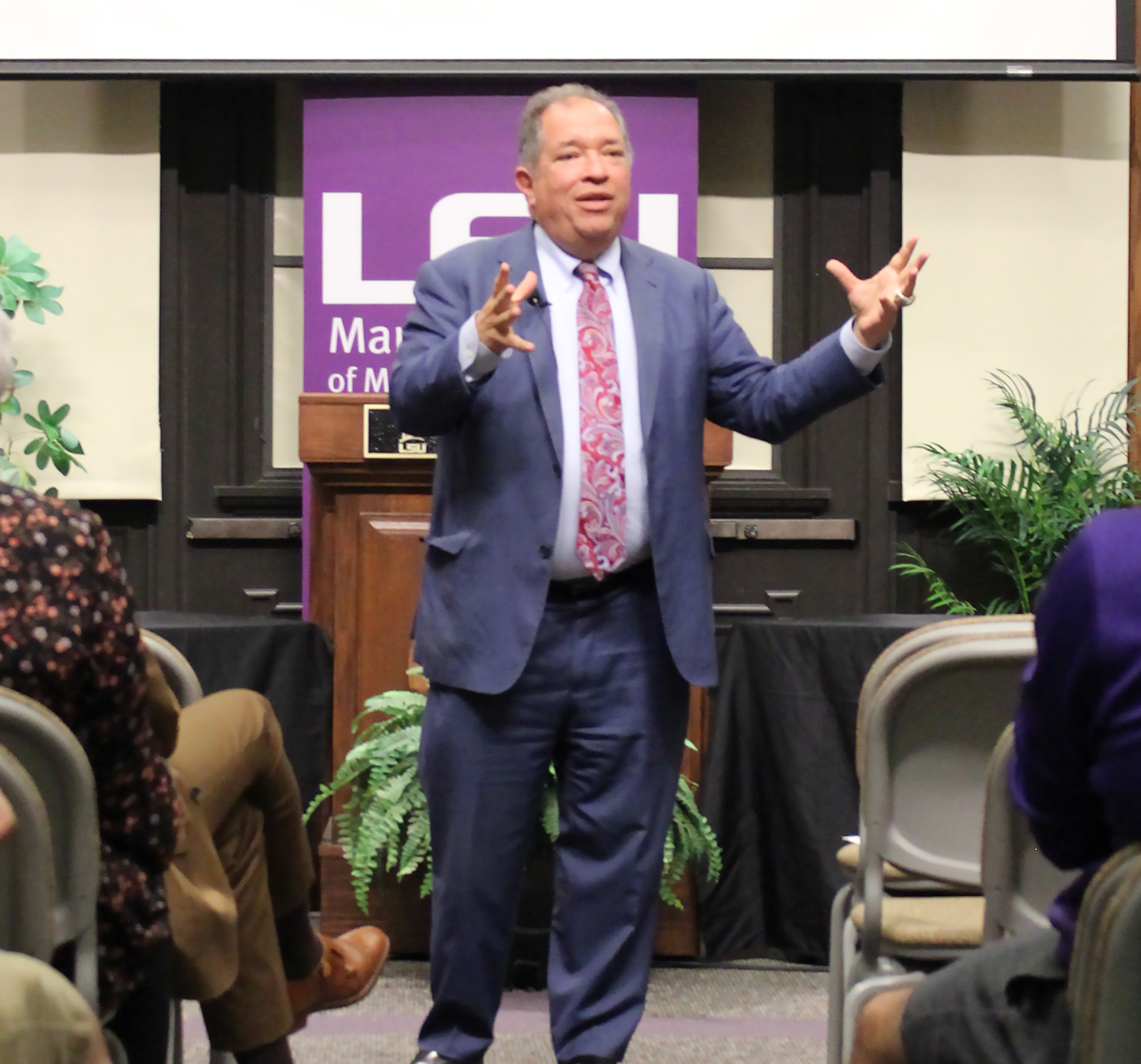 The debate is hot: How much money should local communities shell out to entice (and keep) professional sports teams? The Houston Astros World Series championship rallied the city just weeks after Houston suffered historic flooding. Sports teams also generate tangible economic benefits, but at what cost to the community? Public investments in sports bring with them enormous price tags that leave people divided. Should communities fund these teams, or is the effort futile?

Dr. Charles Steinberg, President of the PAwtucket Red Sox, emphasized the power of sports teams to impact the lives of the people who care about them in his keynote address. Matt Moscona, Manship School alum and host After Further Review on ESPN Radio: Baton Rouge, moderated a panel discussion by experts on the merits and limitations of public funding in sports. 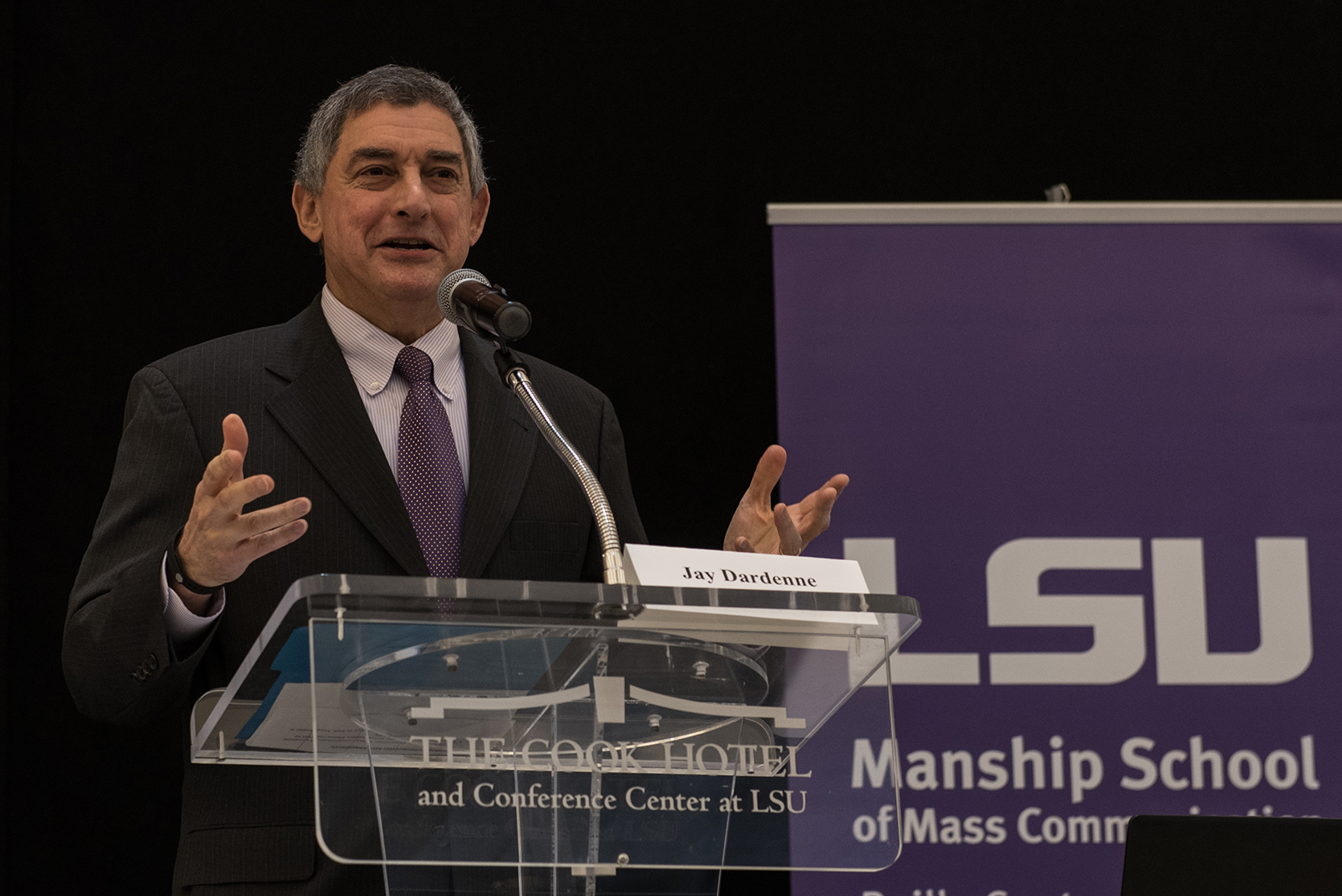 A Conversation with Dean Baquet 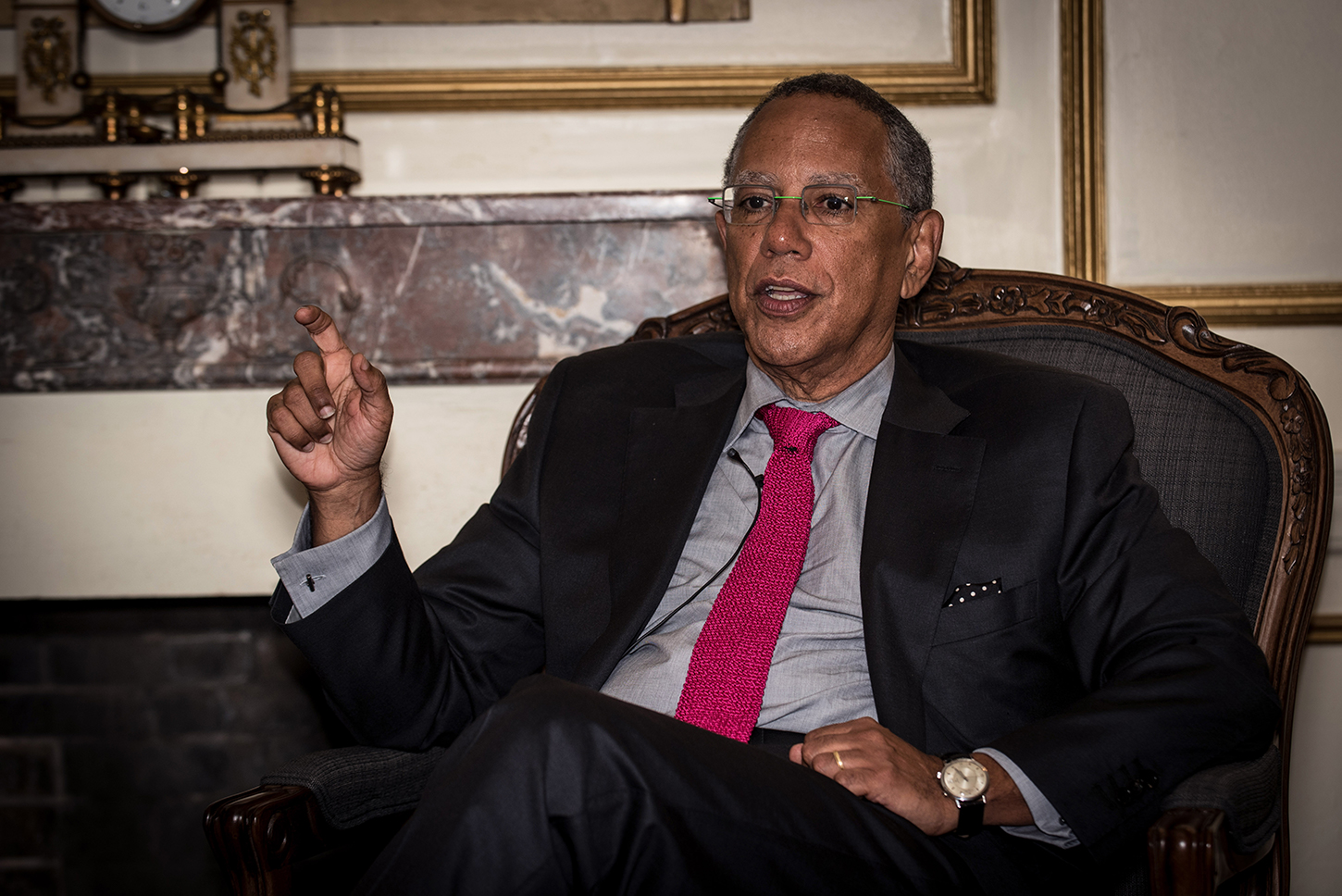 New Orleans native Dean Baquet, the executive editor of The New York Times, addressed the political and financial pressures on American journalism in a conversation sponsored by the LSU Ogden Honors College and Manship School of Mass Communication's Reilly Center. Three students questioned Baquet about a number of topics, including the president’s strained relations with the media, accusations of “fake news,” public trust in the media, the changing economic model of journalism and race in the newsroom. The three interviewers, Sarah Gamard, William Taylor Potter and Kayla Swanson, are students of LSU’s Manship School of Mass Communication. Gamard is also an Ogden Honors College student.

She Persisted: Women at the Ballot Box & on the Campaign Trail 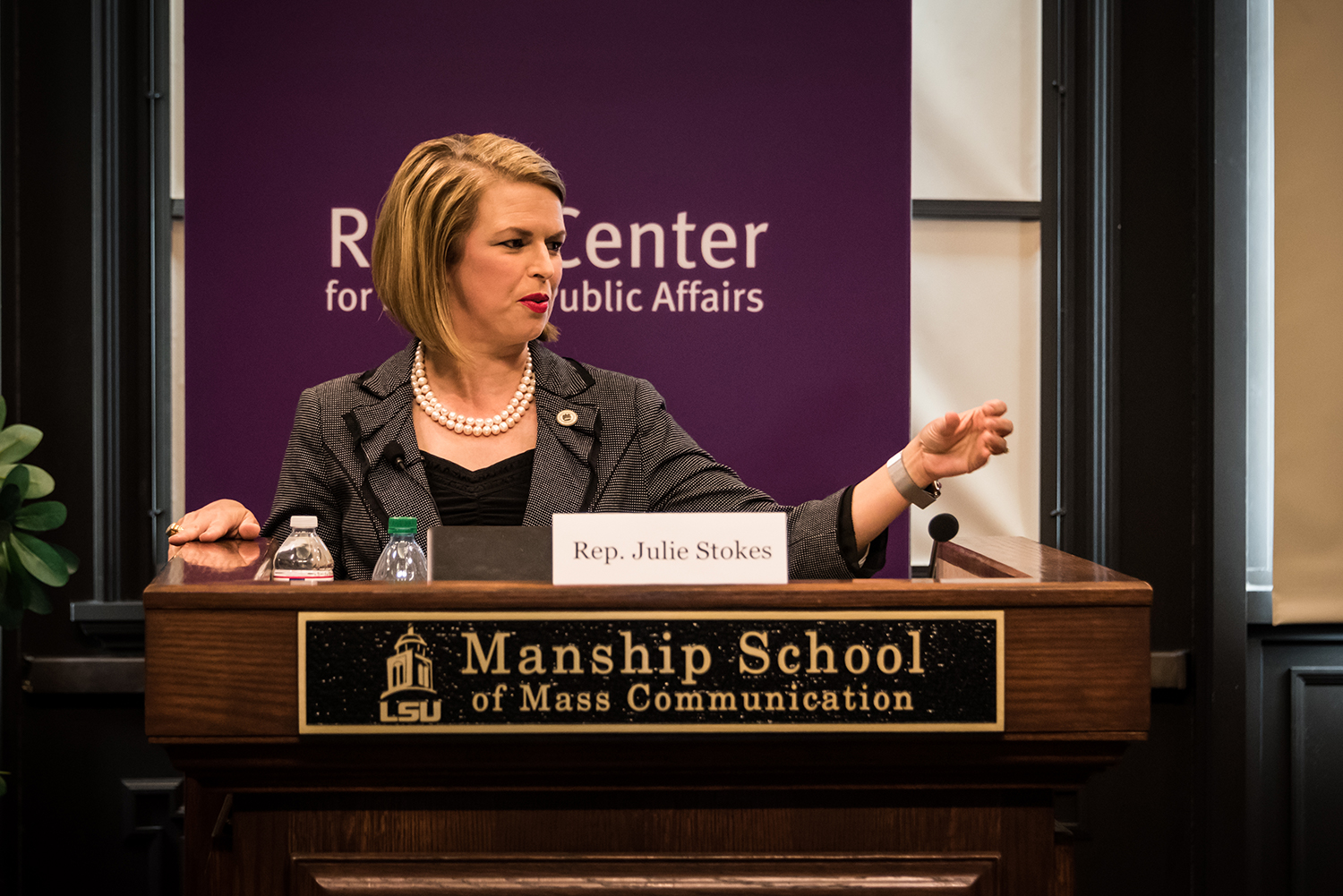 Despite seeing the first woman nominated to represent a major party in the 2016 presidential election, women remain underrepresented among elected officials in the United States. This panel, featuring exclusively female expert perspectives, explored why there are so few women in government and addressed specific challenges women face today in becoming elected officials. Panelists also discussed current efforts underway across the nation, on both sides of the aisle, to encourage more women to run for office and what that means for the future.

Neither Liberal nor Conservative: Top Strategists and Scholars
Debate Campaigning in Polarized America 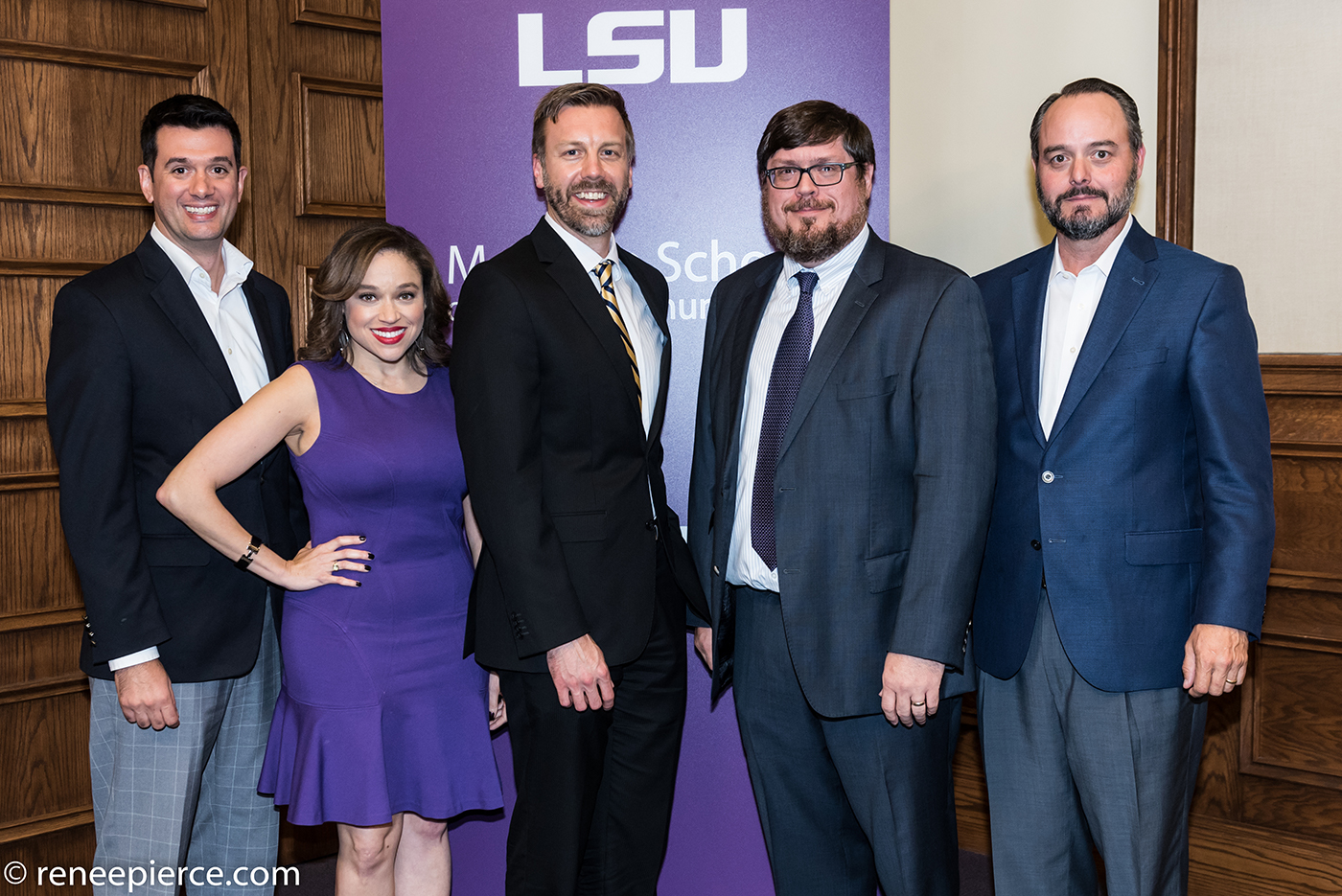 The consensus in today’s political spectrum is that Americans are extremely polarized and can’t agree on anything. Surprisingly, however, truly ideological liberals and conservatives exist in a distinct minority only among those who are deeply engaged in political life. The panel was inspired by new research released in “Neither Liberal nor Conservative: Ideological Innocence in the American Public,” in which Donald Kinder and Nathan Kalmoe, assistant professor at the Manship School, argue that American public opinion is in a state of ideological innocence. If this is the case, how do Americans make election and policy decisions? What are the implications for campaign and issue strategists? The panel explored these questions. Changes in technology and communication practices have raised questions about when efforts to convey political protest are protected, peaceful, and safe. Changes in the meaning and exercise of first amendment rights reflect these technological changes in the digital sphere. This panel focused on the implications of protest's movement to the online world.

This panel of activists, journalists, and scholars discussed the opportunities and challenges faced by reporters, law enforcement officials, and protesters because of changes in technology and the introduction of new communication platforms.

A networking program hosted by the Reilly Center Meet our past guests 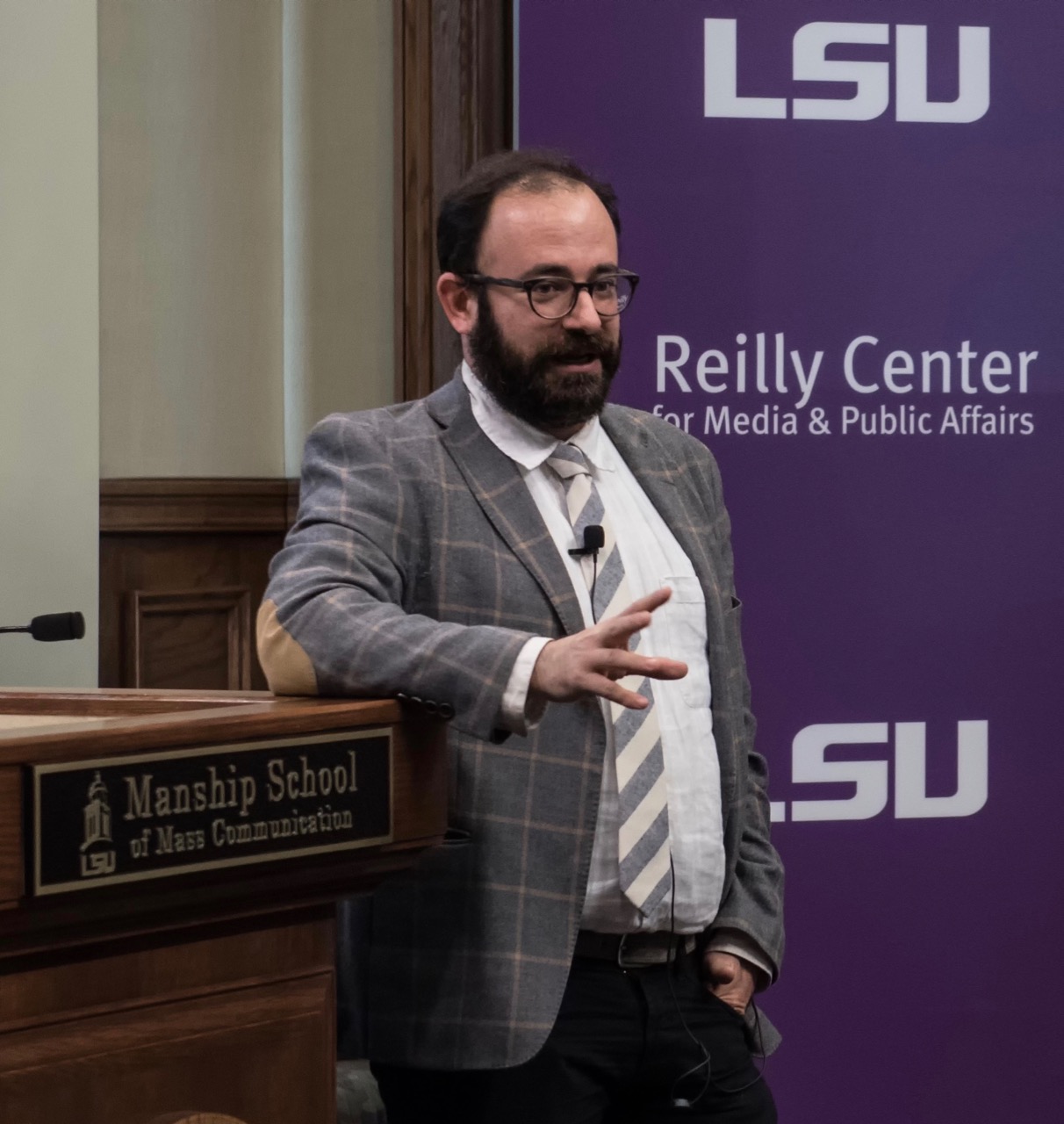 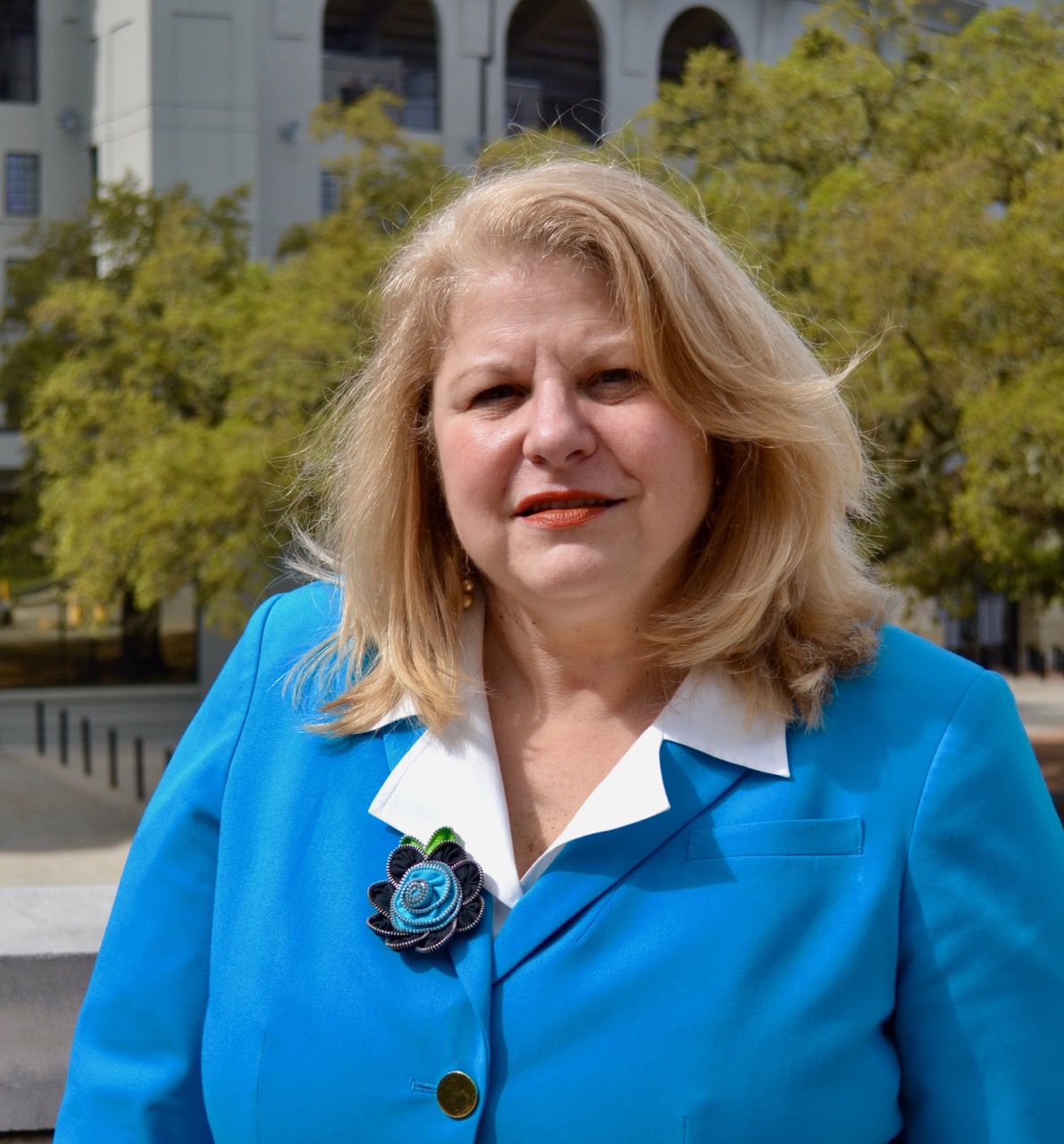 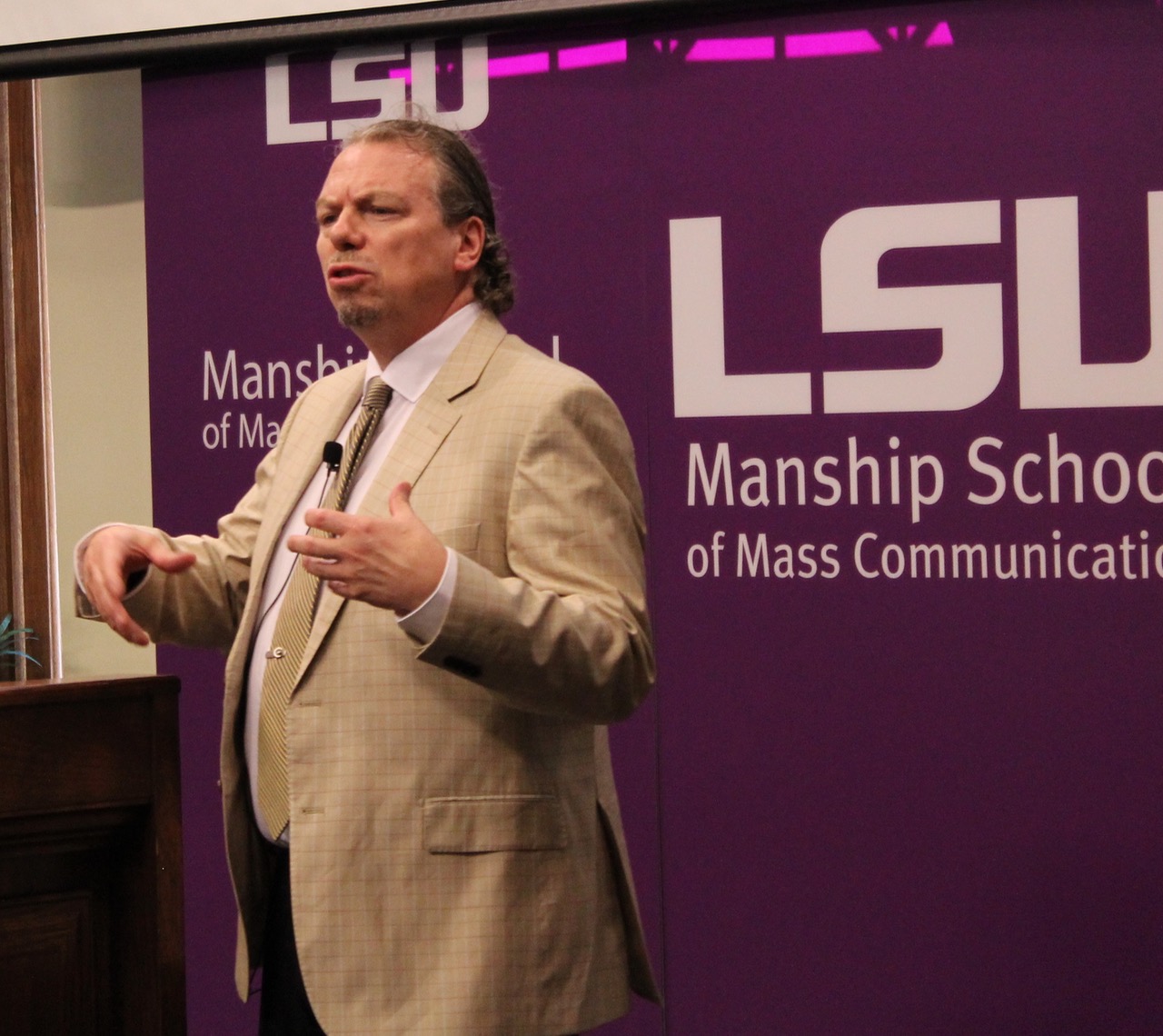 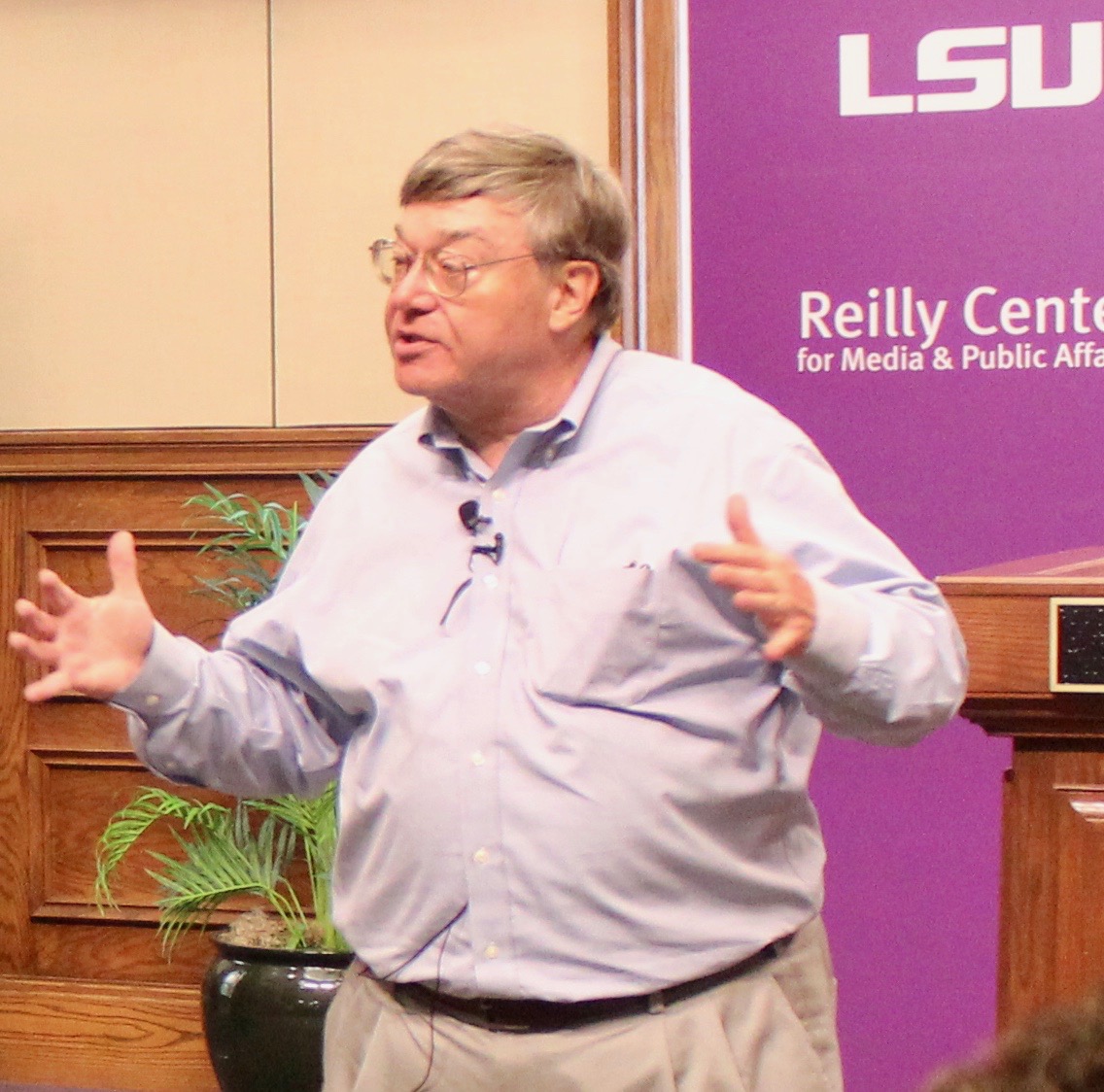