The Reilly Center partnered with Nexstar Media to host a 2019 Gubernatorial Debate on September 19, 2019. As a red state with the only Democratic incumbent running for reelection that cycle, all eyes were focused on Louisiana to serve as a barometer for the 2020 presidential cycle. The debate was held in the LSU Student Union Theater and broadcasted live across the state. 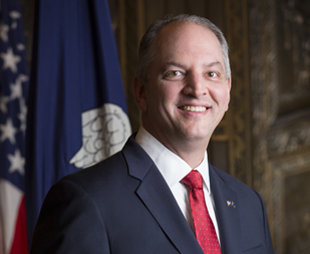 Gov. Edwards is a native of Amite, Louisiana. He attended the United States Military Academy at West Point. In 1988, Gov. Edwards graduated from West Point commissioning as a second lieutenant in the U.S. Army. He served on active duty for eight years, earning Airborne, Ranger and Jumpmaster status, culminating with command of a rifle company in the 92nd Airborne Division in Fort Bragg, North Carolina.

After retiring from the Army with the rank of captain, Gov. Edwards earned a law degree from Louisiana State University and practiced civil law. In 2008, he was elected to the Louisiana House of Representatives for District 72.

In January 2016, he was sworn in as the 56th Governor of Louisiana. In January 2020, he won a  close runoff against businessman Eddie Rispone and was re-elected to another four-year term. 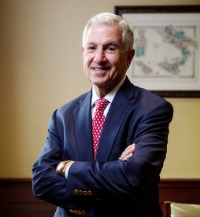 Rispone is a native of Baton Rouge and well known businessman. In 1989, Rispone founded ISC Constructors with his brother. ISC is one of the Gulf South's largest in its industry with offices in three cities. Prior to running for governor in 2019, Rispone was a well known donor to many political organizations and campaigns.

Rispone graduated from Louisiana State University with a concentration in construction technology. 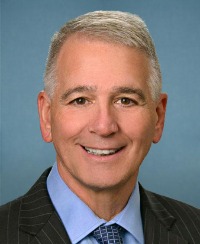 Abraham is a native and resident of Alto, Louisiana. He served in the U.S. House of Representatives from 2015 - 2021 representing Louisiana's 5th district. Prior to serving in Congress, Abraham was a medical doctor and veterinarian. Abraham ran for governor of Louisiana in 2019, but failed to make the runoff against incumbent Gov. Edwards and Rispone. In Feb. 2020, he announced he would not run for reelection to Congress.