Partnerships are key to fulfilling the Reilly Center mission of generating thoughtful programs, dialogue and research about mass communication
and its many faceted relationships with social, economic and political issues.

The 2018 Breaux Symposium: An Anatomy of ‘Fake News’ was sponsored by the Reilly Center for Media & Public Affairs and the Graduate School of Political Management (GSPM) at George Washington University. The event brought together scholars and news experts in the nation’s capital to discuss the pervasive problem of fake news, by focusing on the historical antecedents, anti-establishment populism, the role of political parties and mediating institutions, technological enablement and amelioration, and solutions to these pressing issues.

The Women's Center partnered with the Reilly Center to host the 2019 Breaux Symposium, "Politicking While Female: The Political Life of Women". The Reilly Center partnered with the LSU Women's Center to host "She Persisted: Women at the Ballot Box & on the Campaign Trail" in fall 2017. This panel of women experts was moderated by LA Representative Julie Stokes (R, Jefferson Parish), and explored issues pertaining to women's political engagement from candidacy to office. 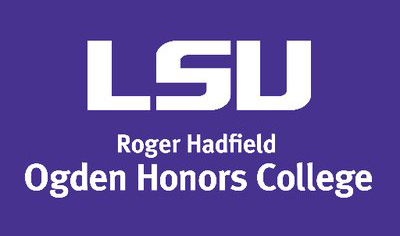 The Reilly Center collaborated with the LSU Ogden Honors College to host the 2018 event, Re-Envisioning Louisiana: The State We Want to Be In, a day-long symposium that explored possible improvements the state could make to retain and recruit young people to the state and improve the overall quality of life in Louisiana. The Ogden Honors College is also a partner of the LA Youth Platform, a joint initiative spurred by a Manship Honors student.

The Reilly Center partnered with the LSU Office of Diversity, Equity & Inclusion to host the panel "Resistance in the Digital Age: Exercising or Abusing First Amendment Rights" on November 9, 2017. The event featured a panel of activists, journalists, and scholars who discussed the opportunities and challenges faced by reporters, law enforcement officials, and protesters because of changes in technology and the introduction of new communication platforms.