For Fall Fest 2014, our campaign featured popular feminist social media movements. Participants selected from a variety of "hashtags" and made a statement. Stop by any of our recruitment events or even the office to get your picture! 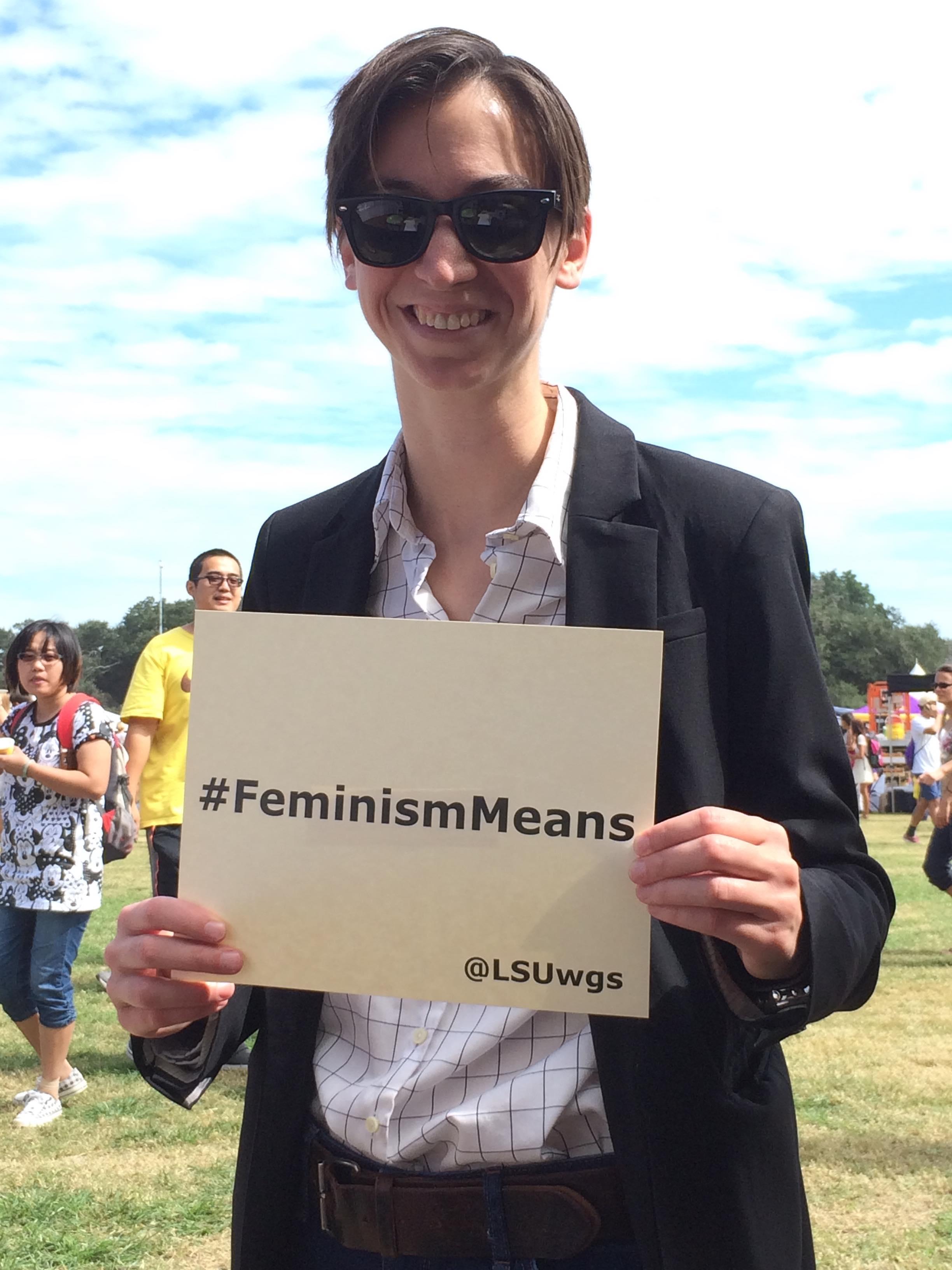 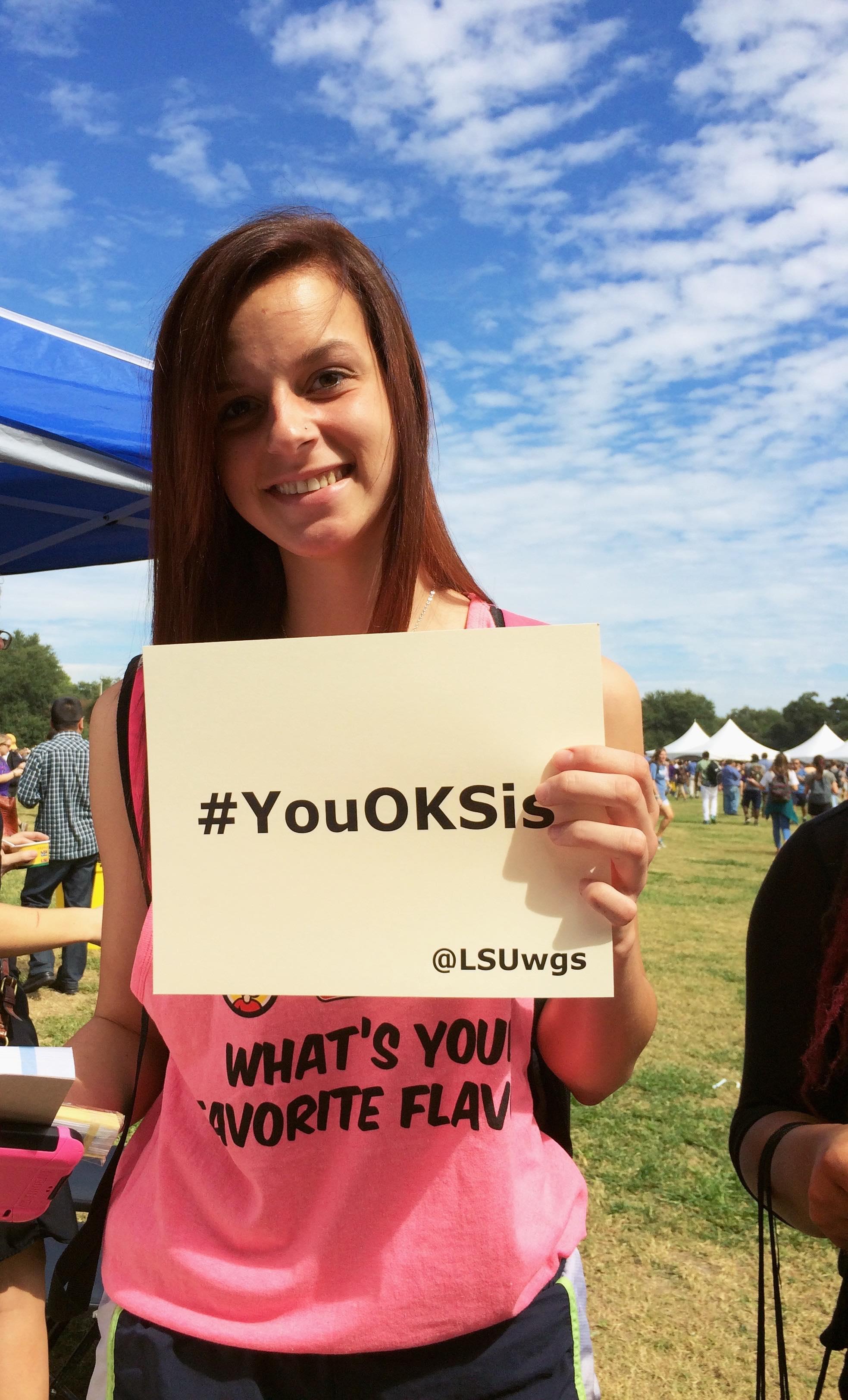 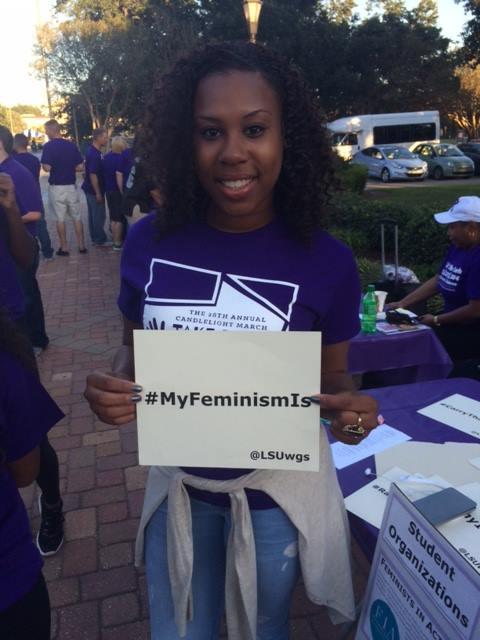 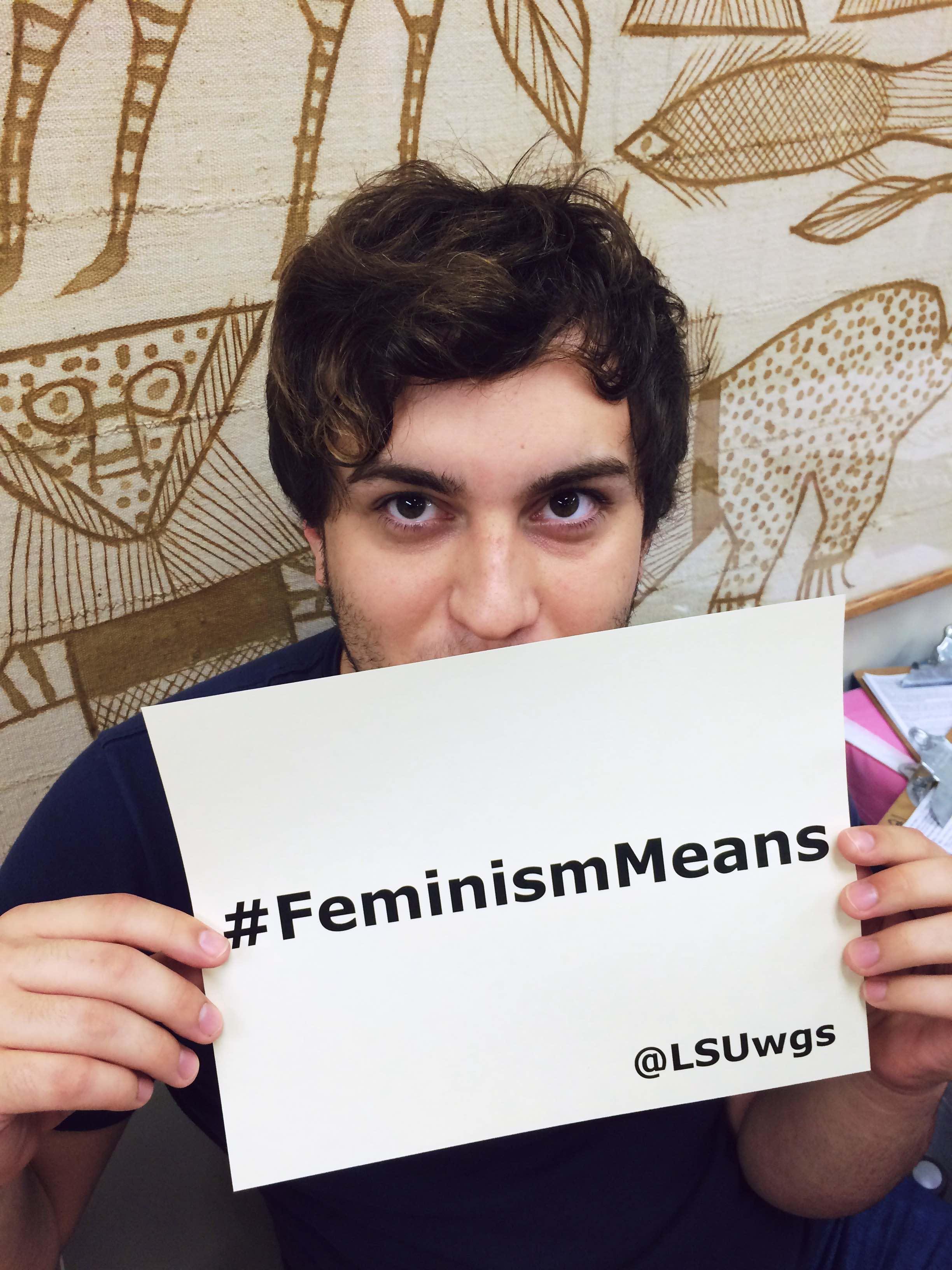 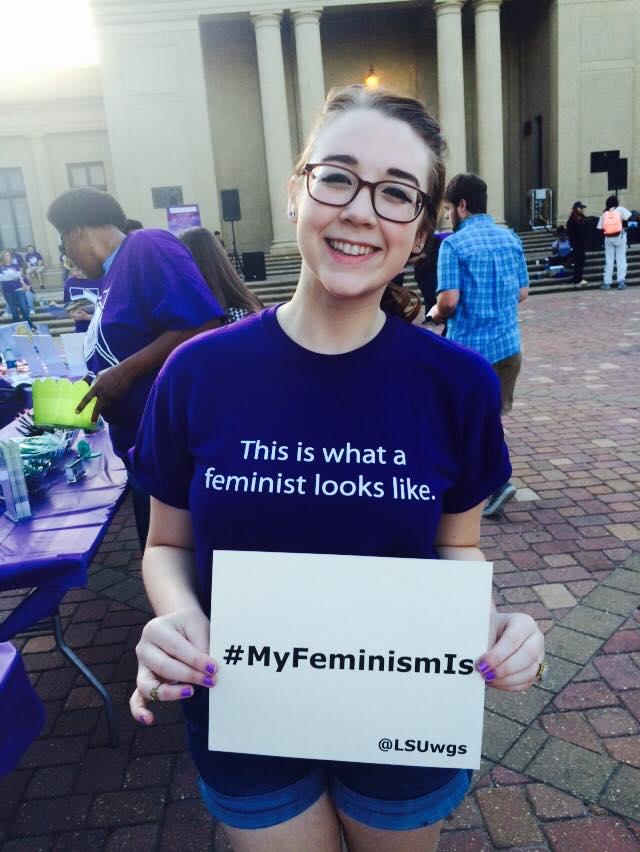 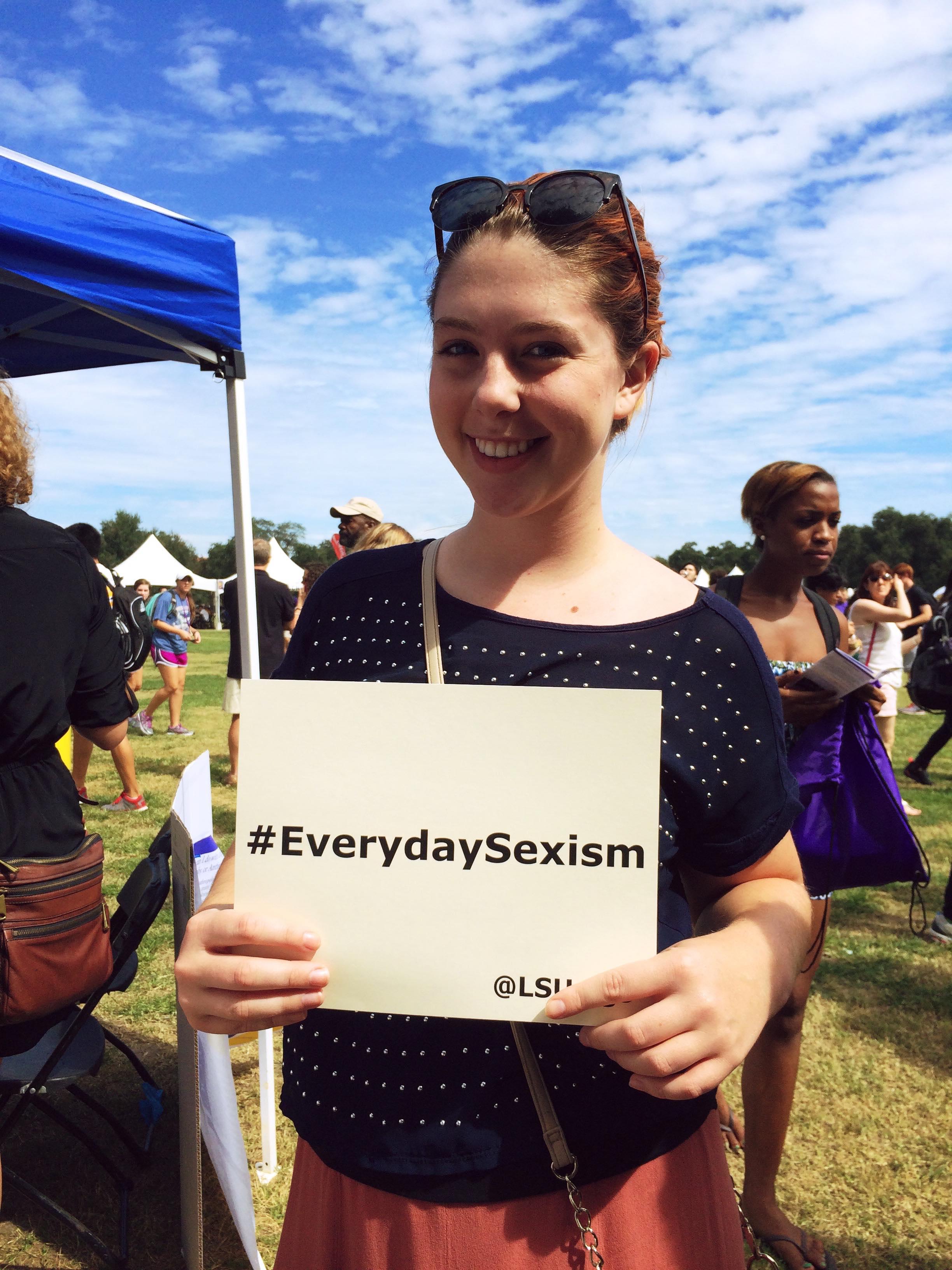 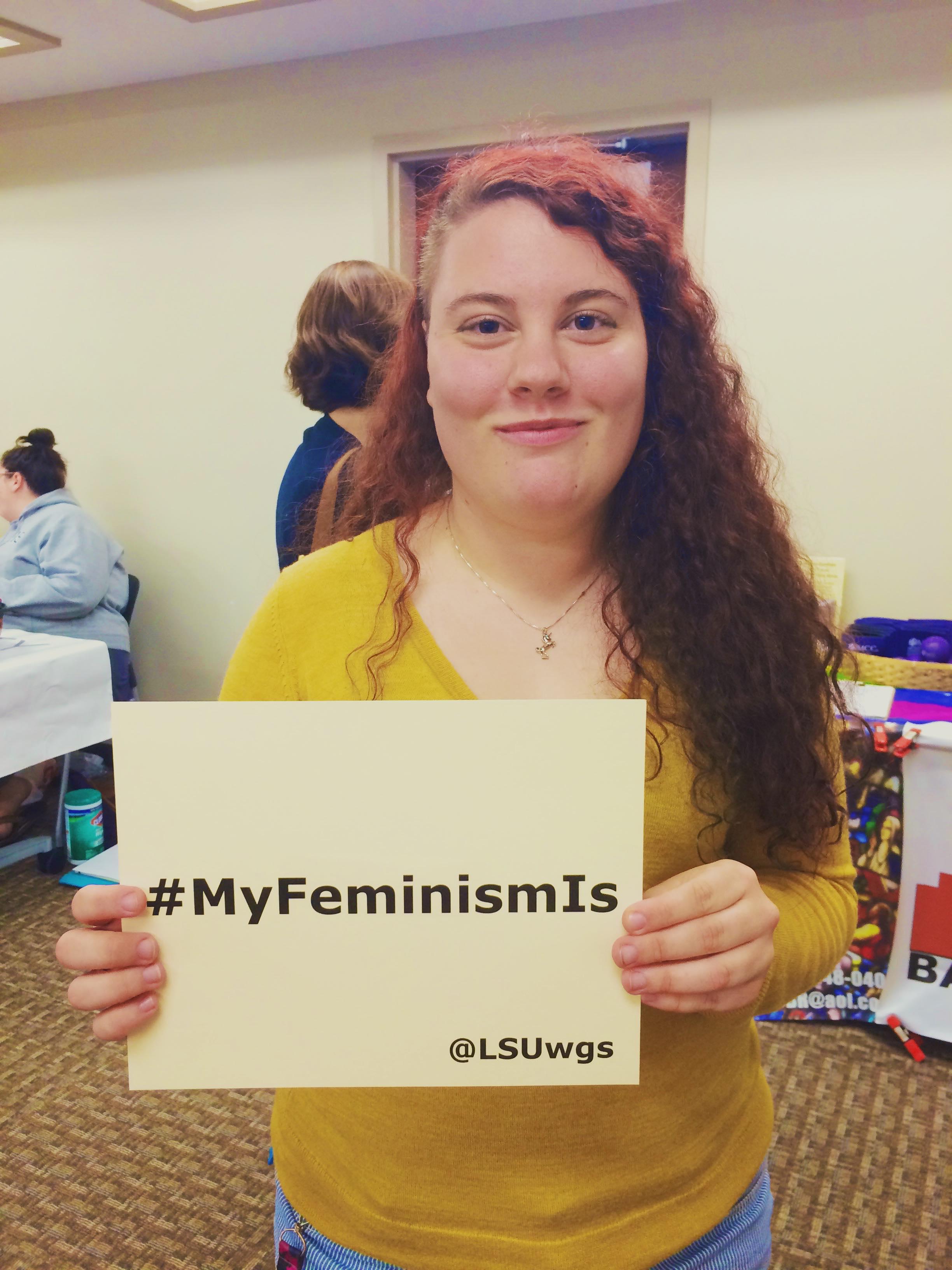 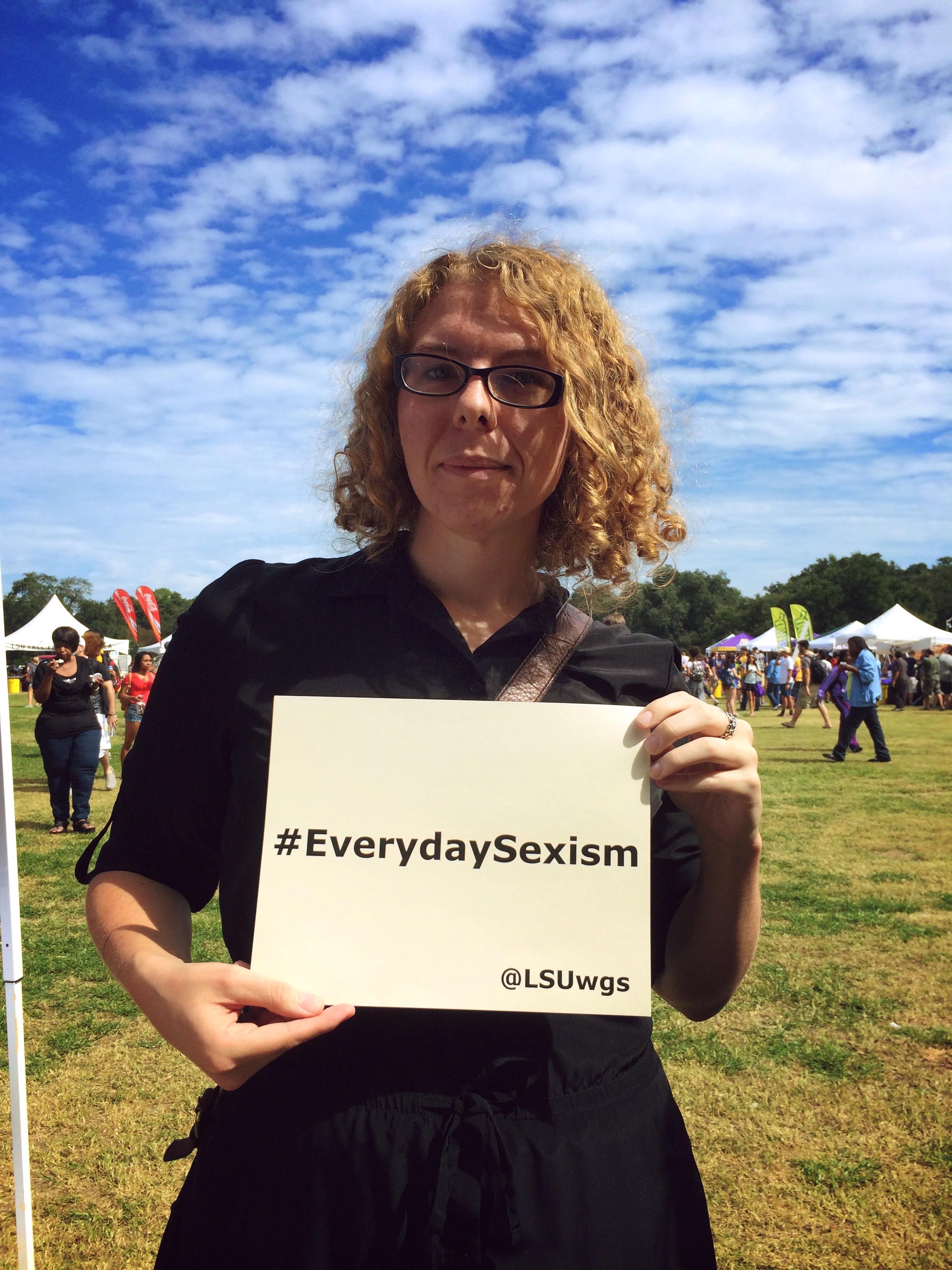 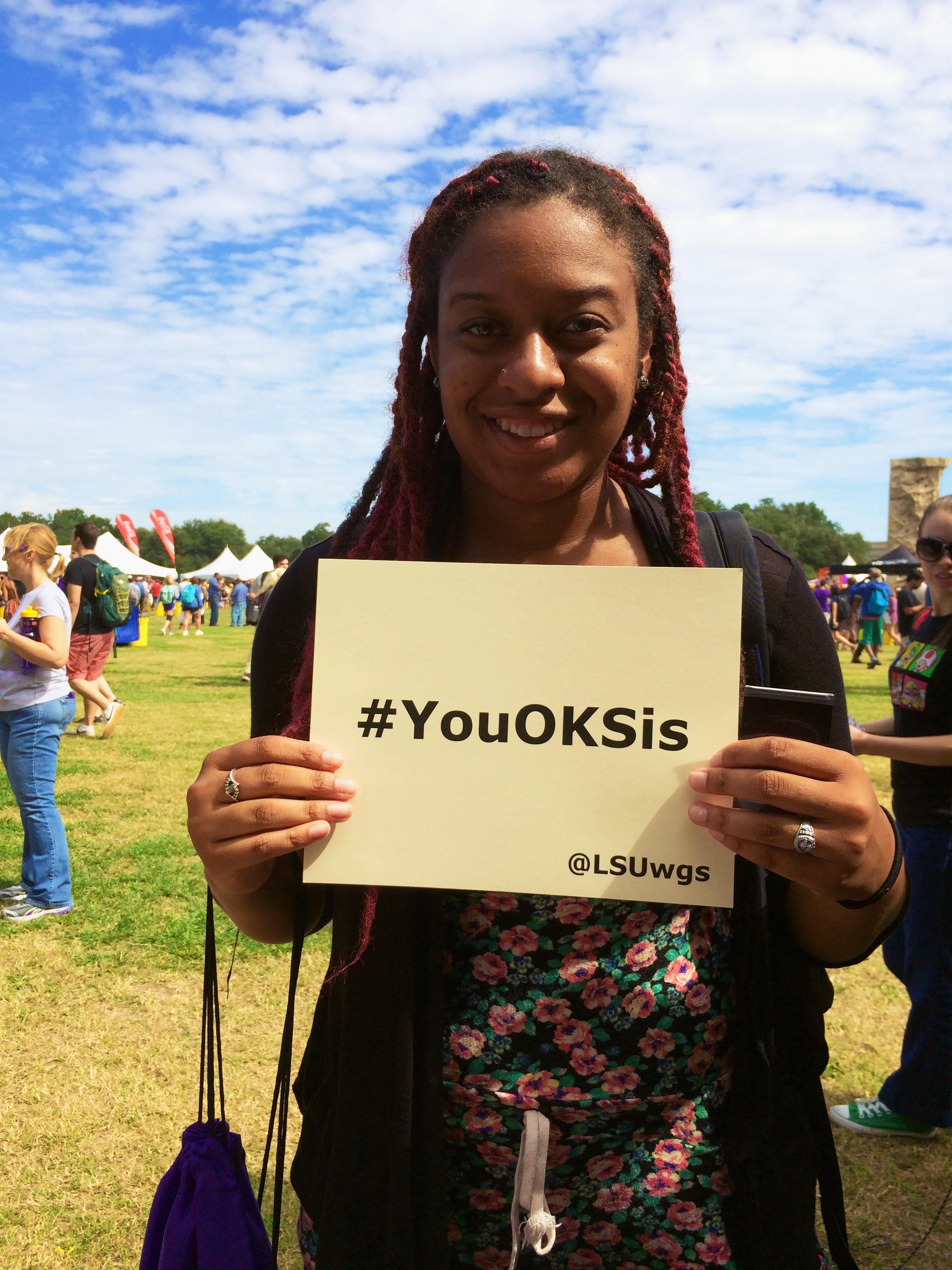 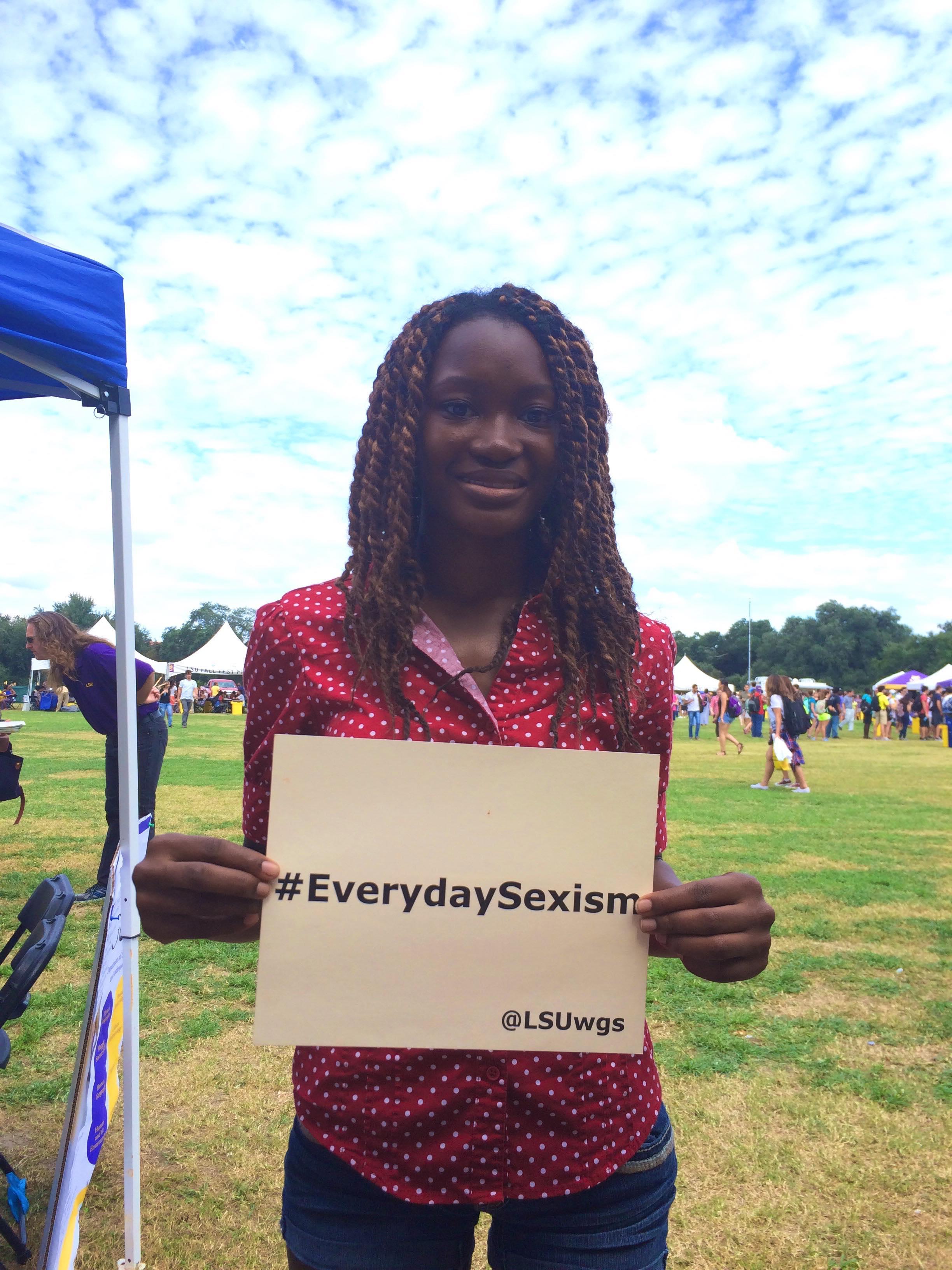 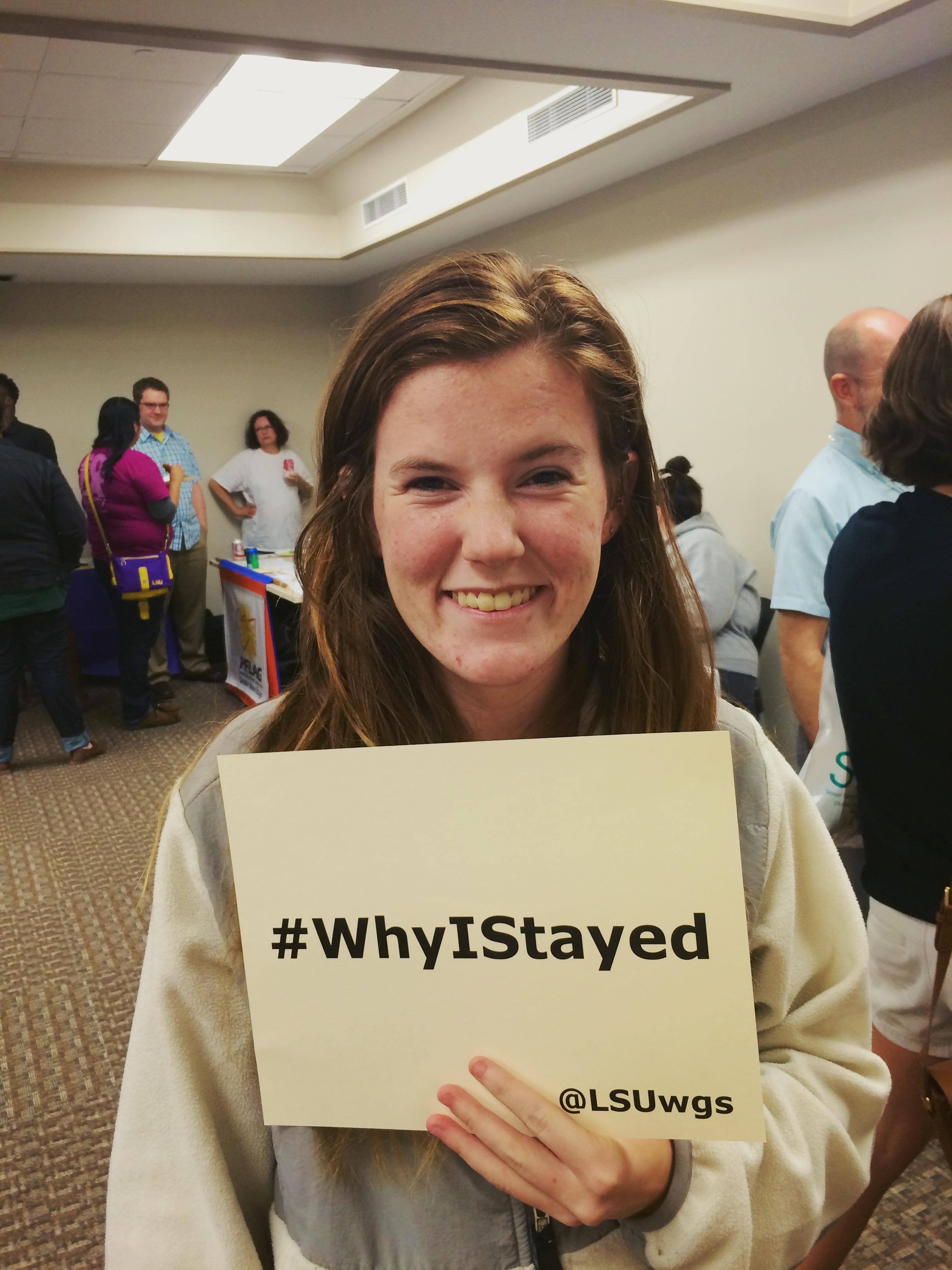 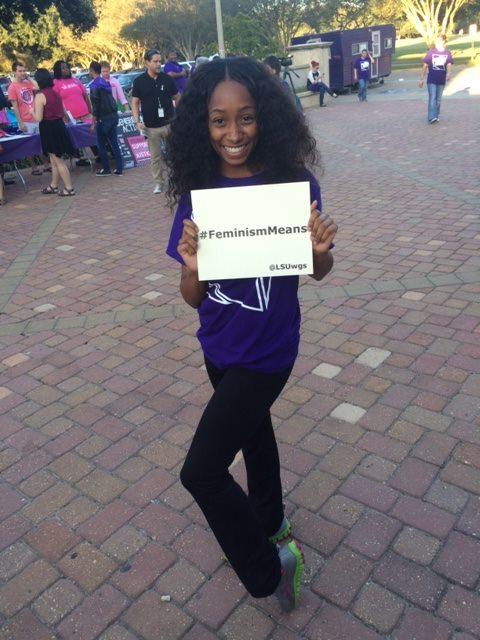 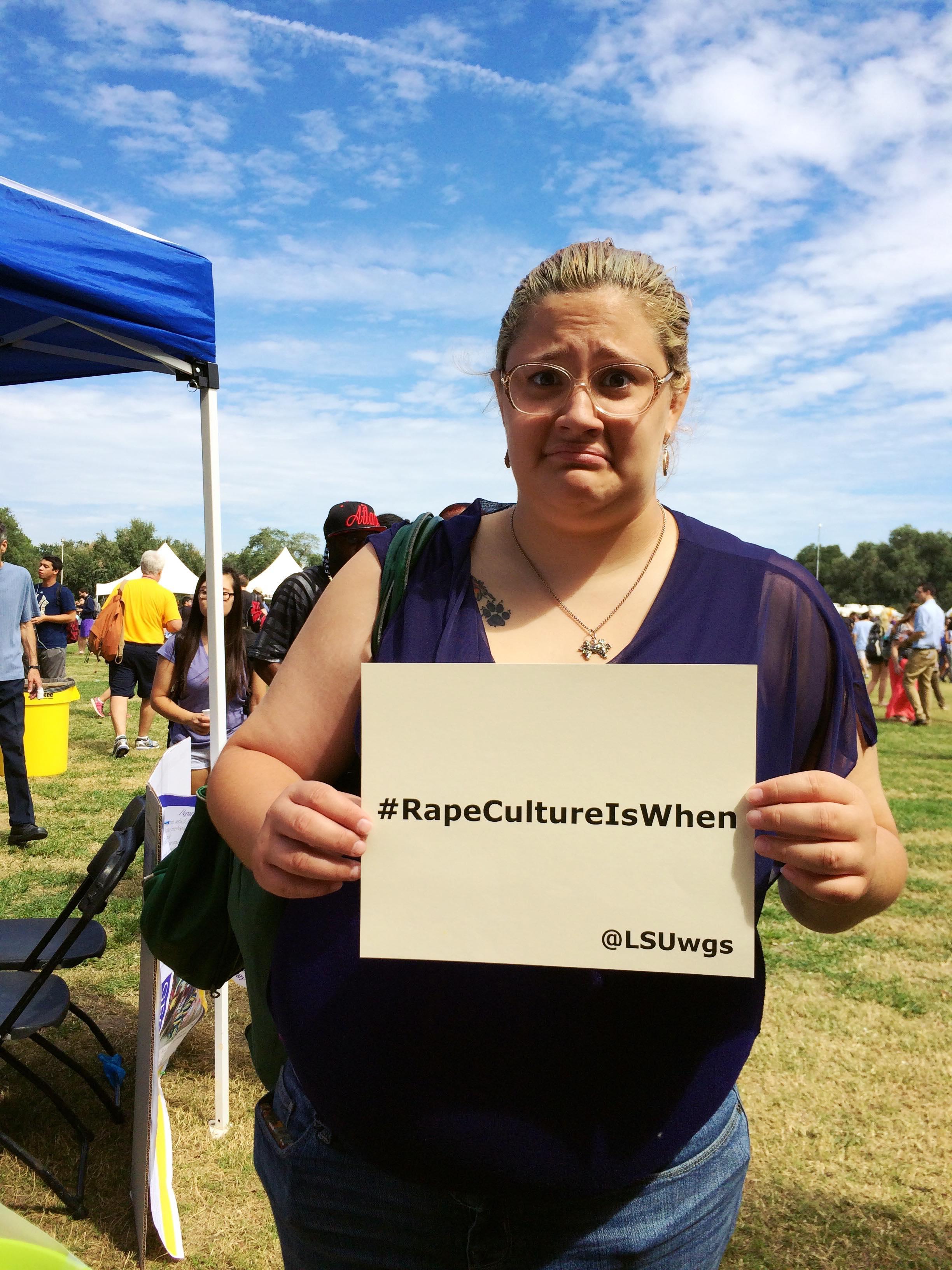 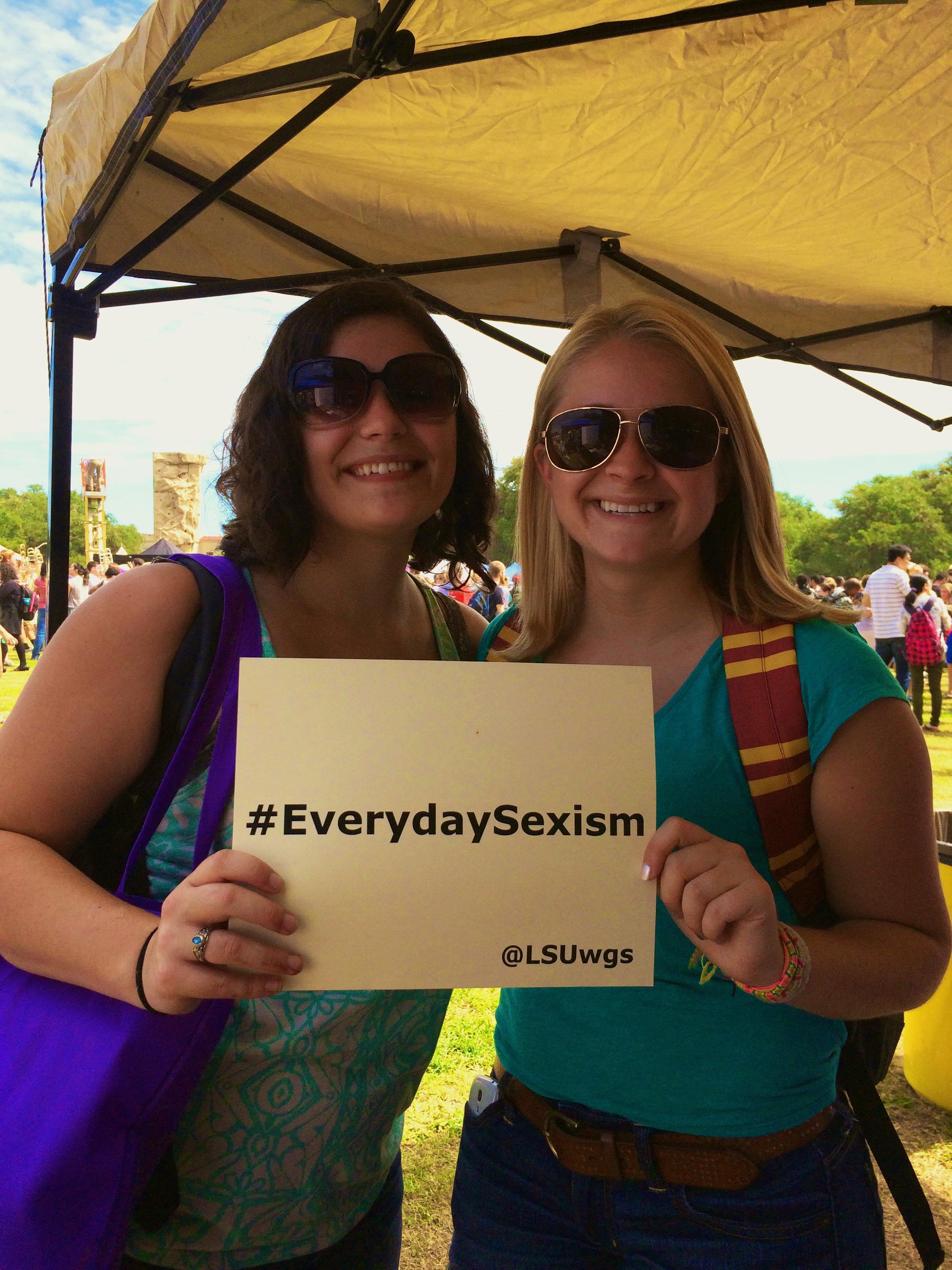 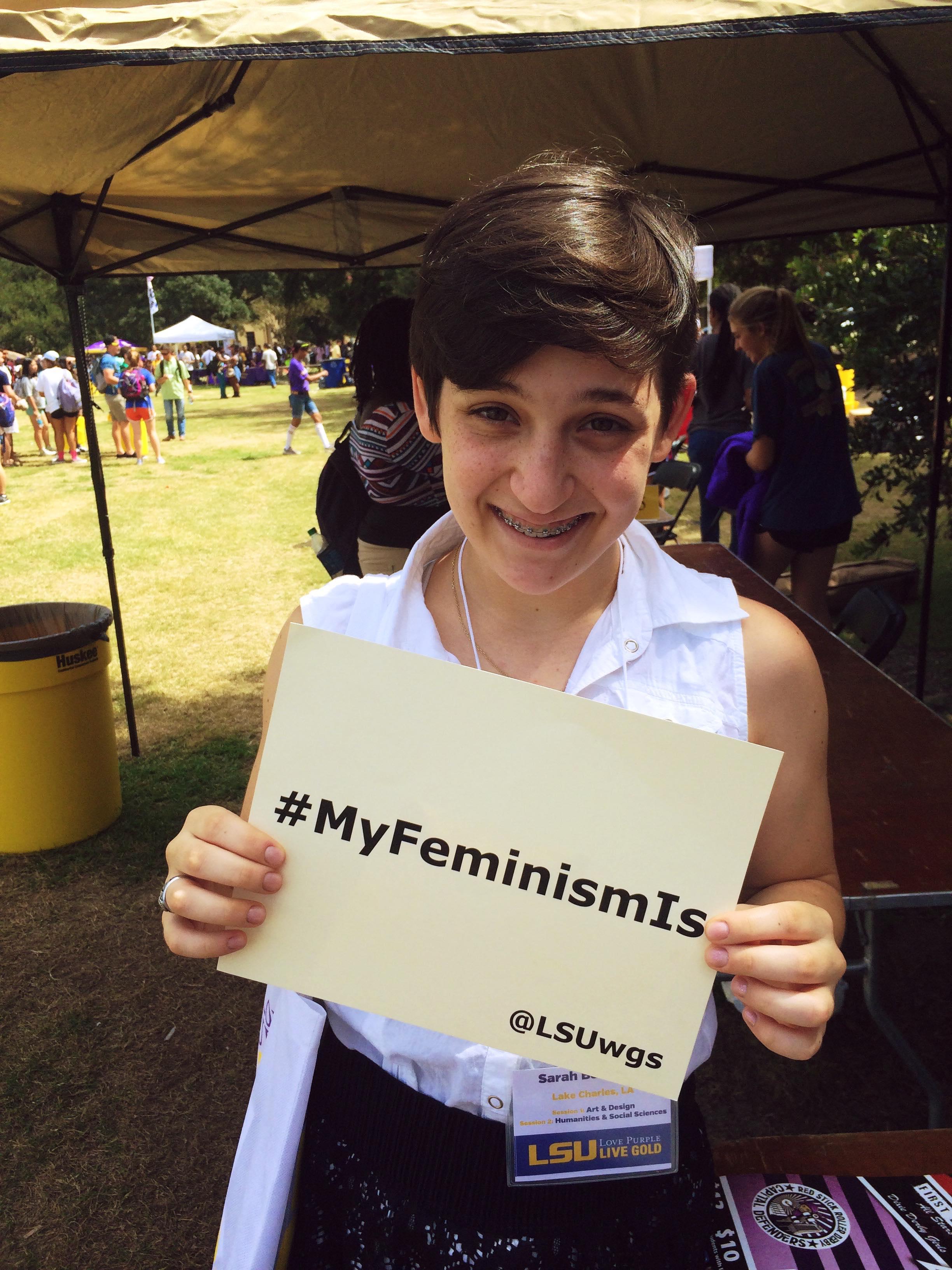 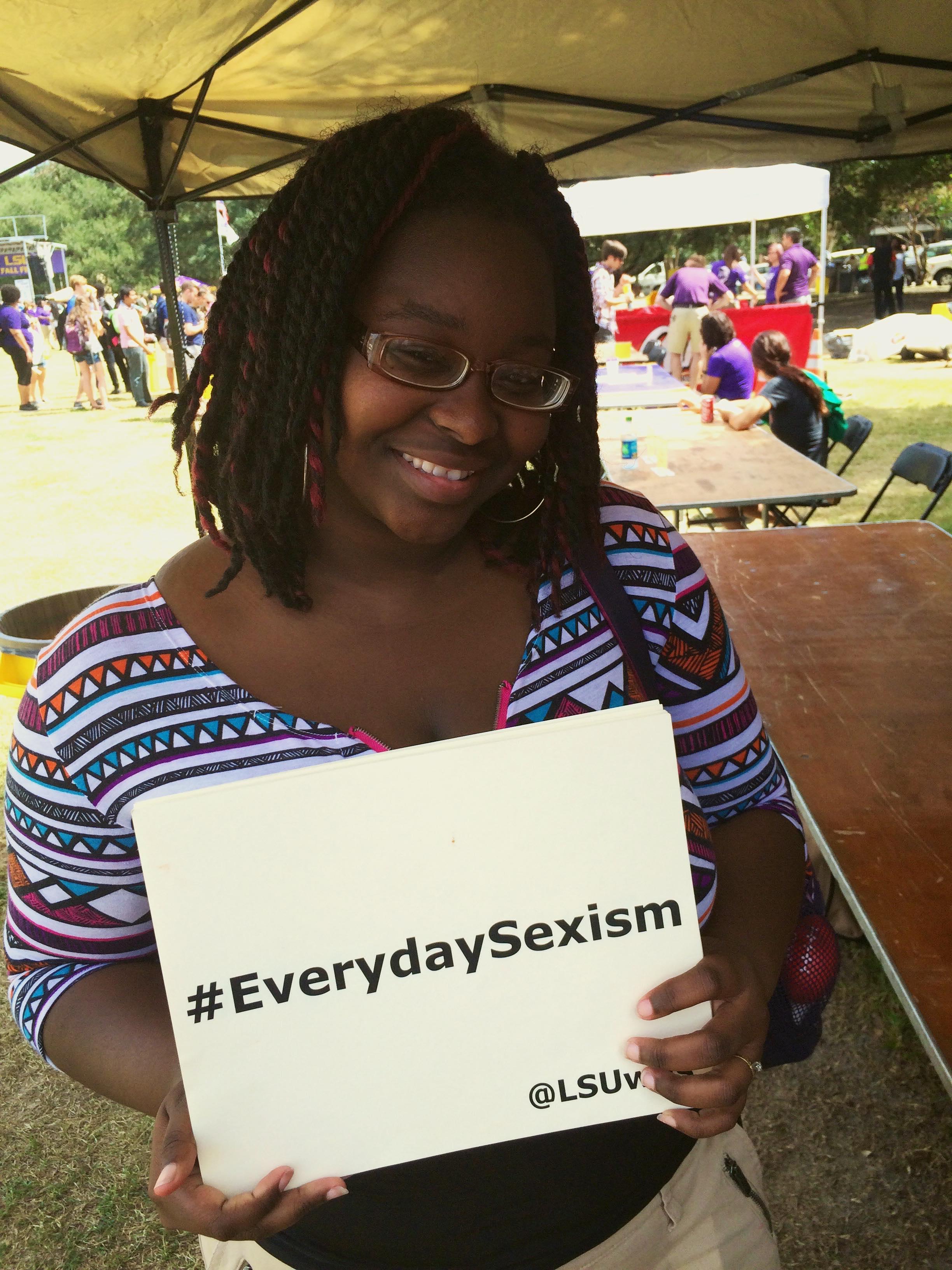 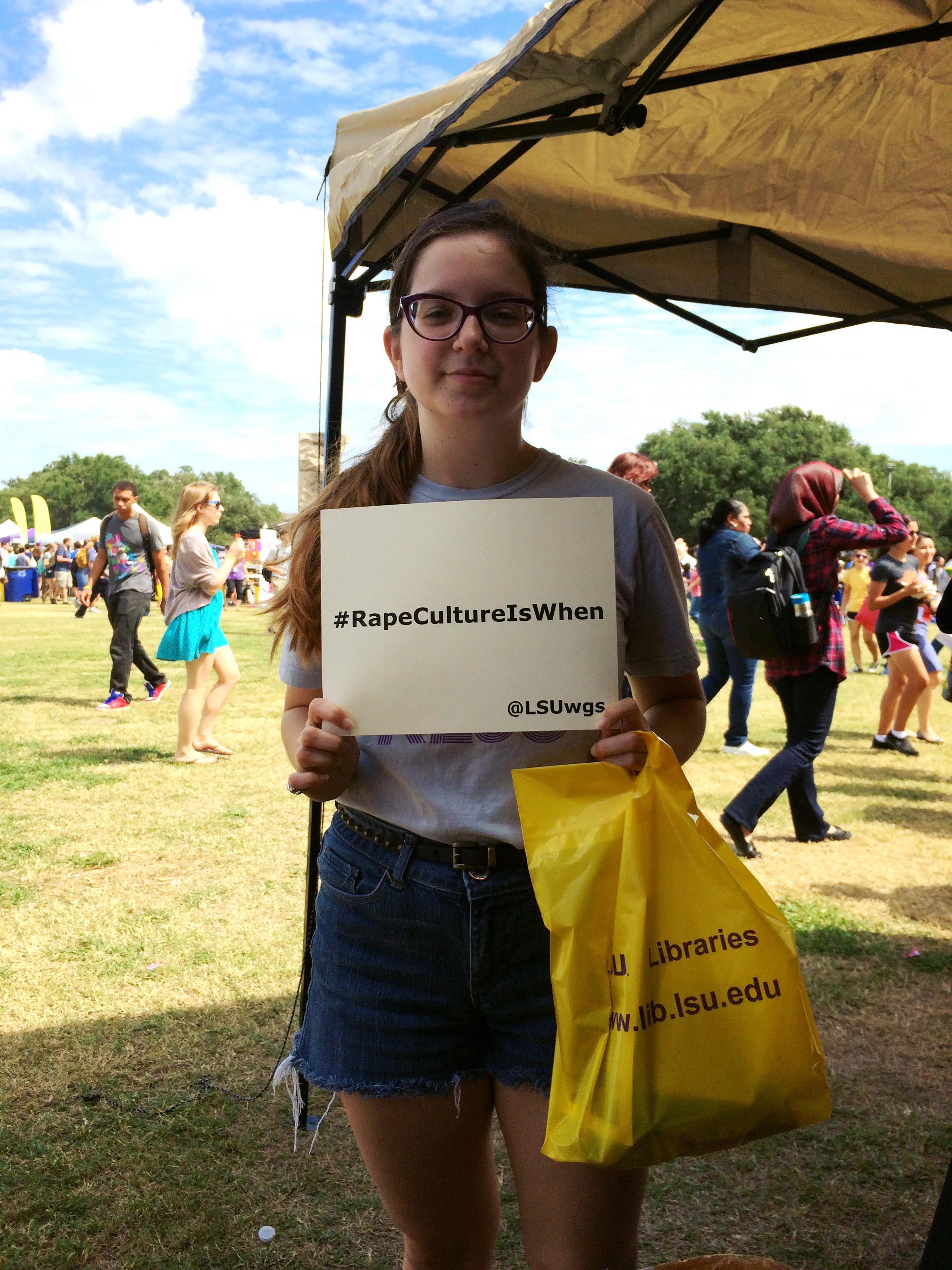 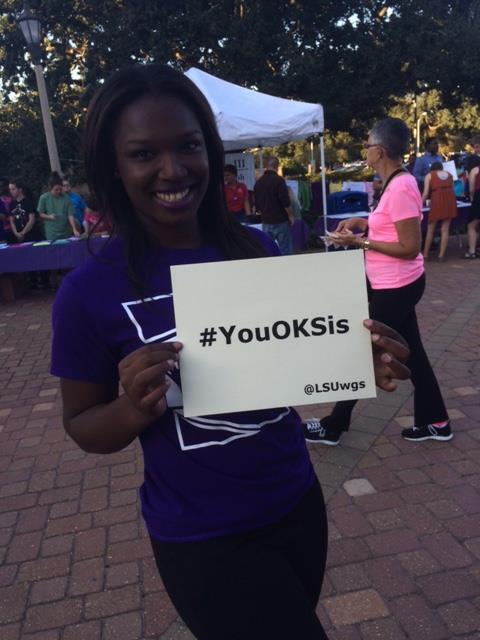 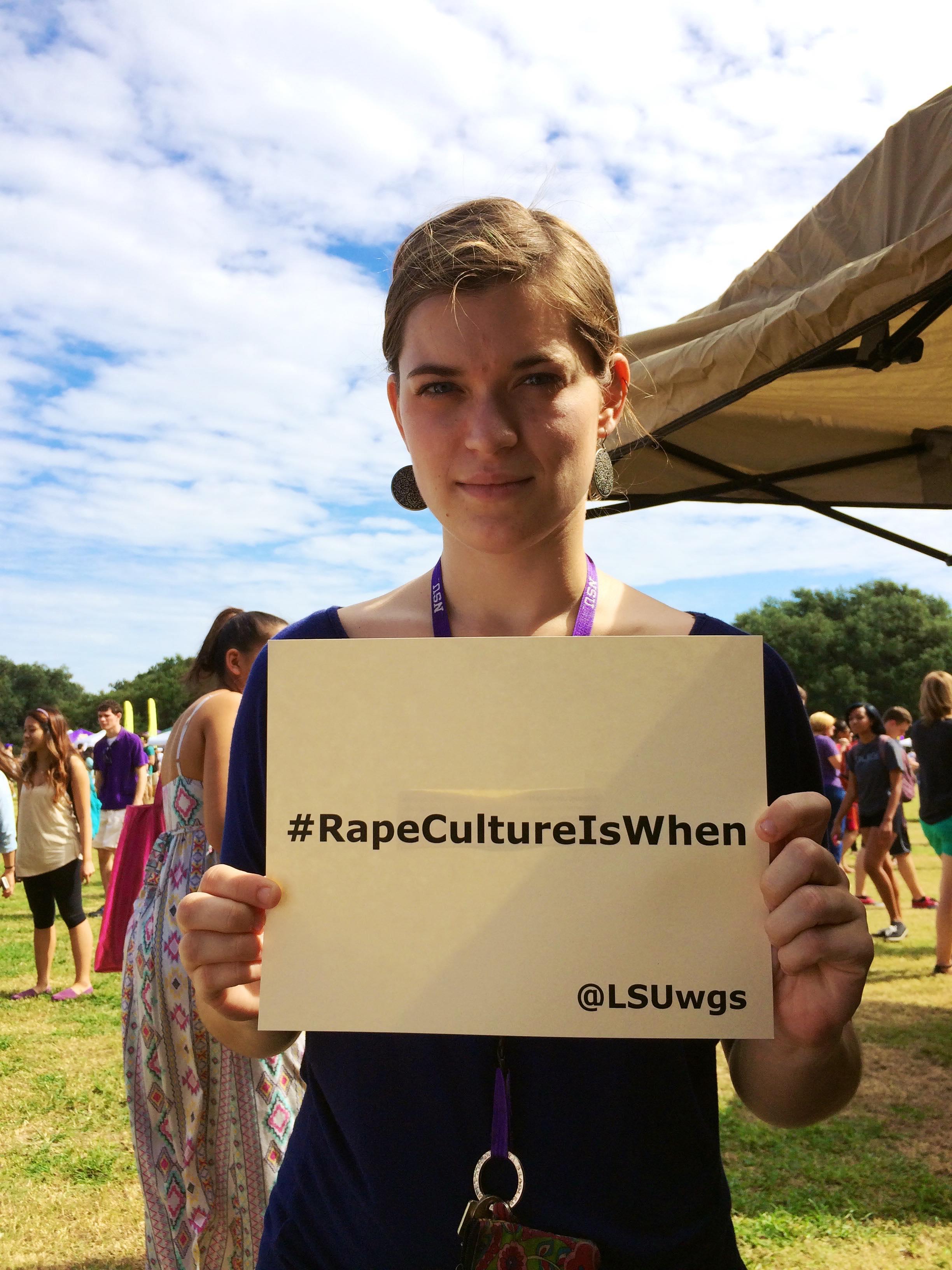 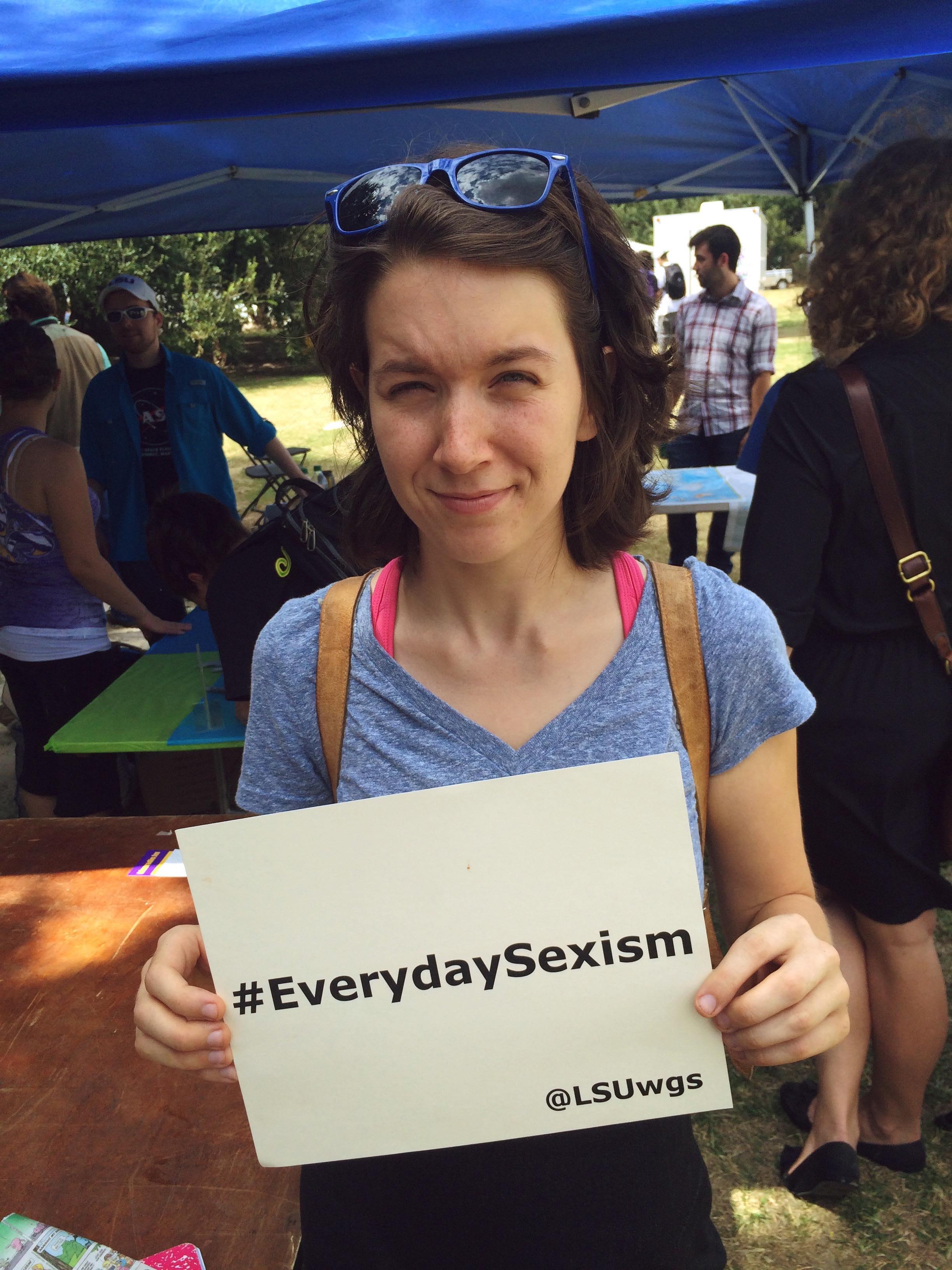 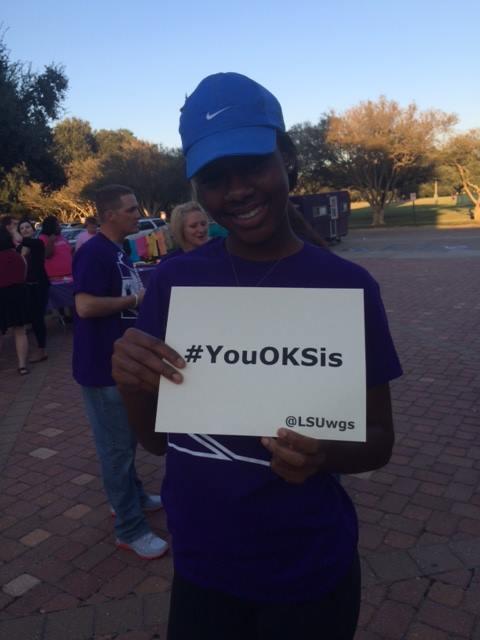 #EverydaySexism highlights the sexism and misogyny women face in their daily lives. For example, harassment in the workplace, being told to “act ladylike” or even strangers telling a woman she should smile.

#FeminismMeans is your definition of feminism. Because feminism is personal and intersectional, every individual has their own concept of feminism. In truth, feminism is made of many “feminisms.” What are your goals for feminism?

#SolidarityIsForWhiteWomen draws attention to the false idea of “solidarity” between women. White women often ignore the needs and concerns of women of color. Keeping feminism intersectional addresses this problem.

#MyFeminismIs explains your definition of feminism. Because feminism is personal and intersectional, every individual has their own concept of feminism. In truth, feminism is made of many “feminisms.” What are your goals for feminism?

#WhyIStayed is utilized to discuss domestic violence. It became popular around the Ray Rice incident. Many women cannot leave their abusive partners because of institutional reasons and power relationships.

#CarryThatWeight is the campaign used by Emma Sulkowicz at Columbia University to draw attention to the lack of policy concerning sexual assault in higher education. Sulkowicz and other students carried their mattresses on campus to represent the anxieties caused by the lack of action by the university.

#YesAllWomen is used to combat the idea that “not all men” are sexist. There is an acknowledgement that all individuals are participants in institutional sexism, and while "not all men" are offenders "yes all women" experience discrimination and violence. This campaign is used to highlight statistics that show the structural marginalization of women.

#GirlsLikeUs was started by Janet Mock, a trans activist, to create solidarity and encourage activism between transwomen. It’s used to justify the trans identity and bring attention to the problems transwomen face.

#YouOKSis focuses on street harassment. Women face public harassment on their appearance, dress and behavior. Sometimes, this harassment is beyond verbal and leads to assault.

#RapeCultureIsWhen shows the structures of society that enable rape and sexual assault. Victims are usually disregarded and blamed for their experiences. These are ideas of rape not being “real enough” to attackers receiving little to no punishment.