Socrates famously claimed that the unexamined life is not worth living. The credo of philosophy in general could well be that everything is worth examining, and philosophers examine all manner of esoteric things: truth, justice, beauty, knowledge, antinomies, possible worlds, various kinds of concreta and abstracta (as well as the distinction between such), and on and on. This leads many people mistakenly to think that a BA in philosophy has no practical value, where ‘practical value’ is understood to mean something like usefulness in finding and keeping a “real" job. Nothing could be further from the truth. In what follows you will find some data and sources of information that give the lie to the myth of philosophy's practical uselessness. 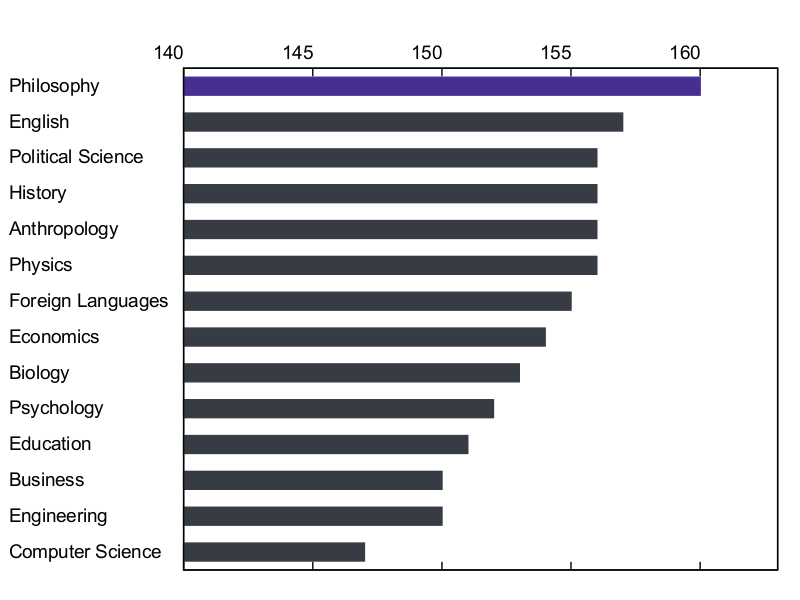 On the verbal chart, philosophy is ranked #1 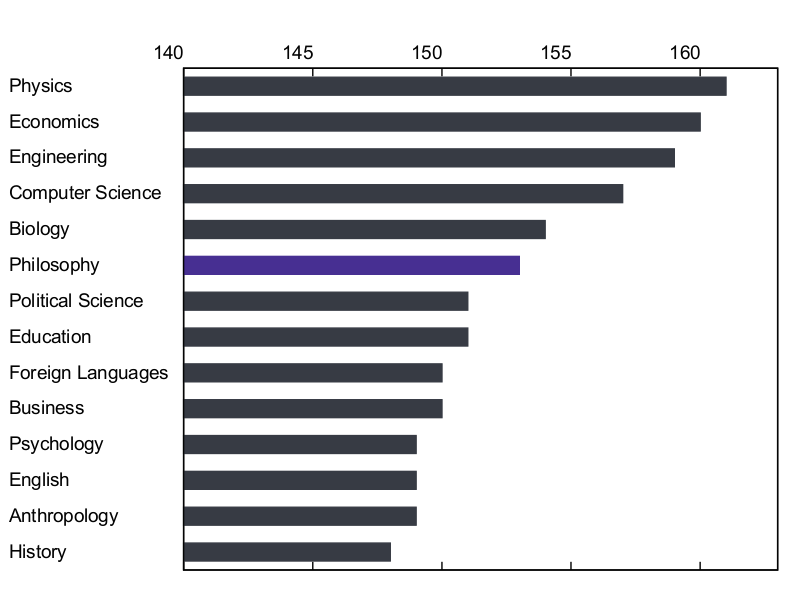 On the quantitative chart, philosophy is ranked 154. 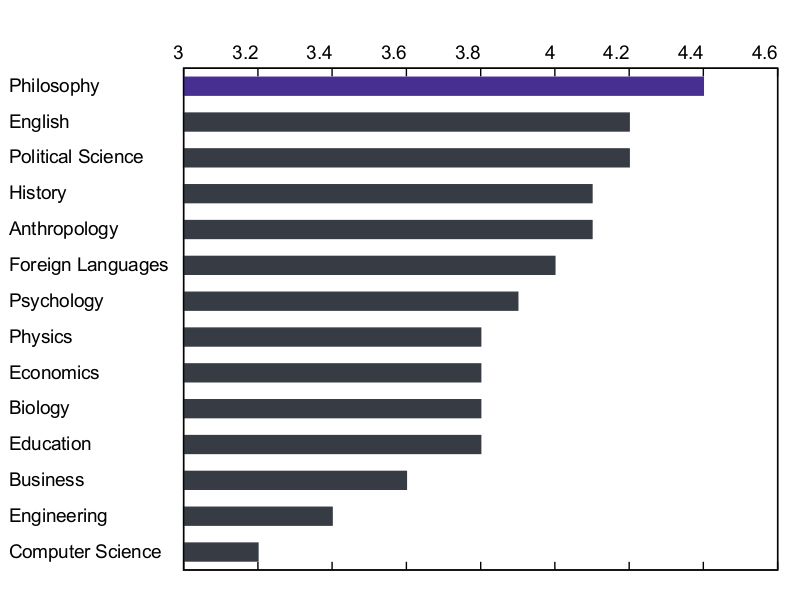 On the writing chart, philosophy is ranked #1. 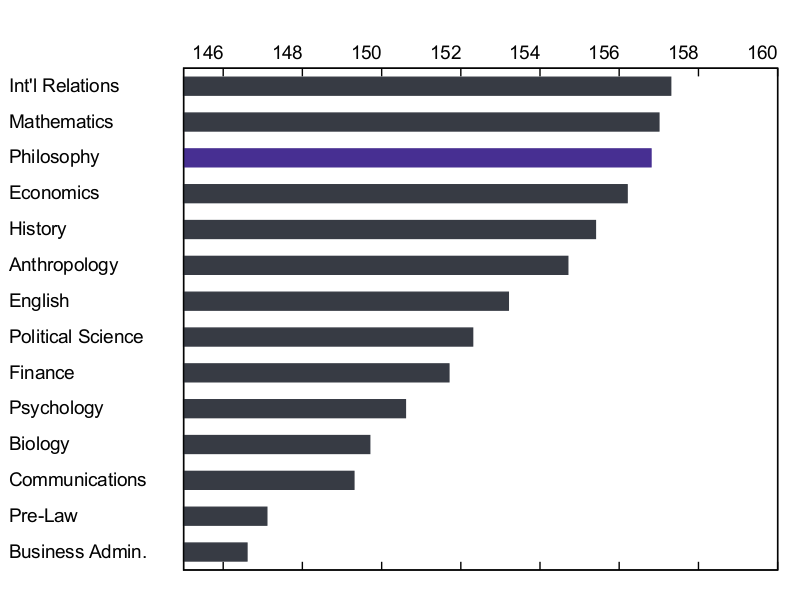 On the LSAT chart, philosophy is ranked #3. 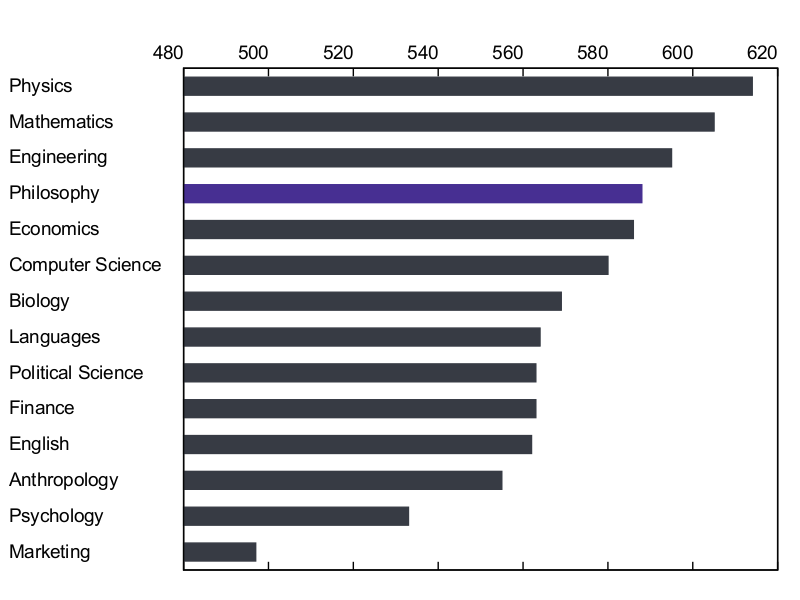 On the GMAT chart, philosophy is ranked #4.

Less well known is that a BA in philosophy also provides excellent preparation for employment in a variety of business settings. In a nutshell, the chief skills developed in a rigorous philosophy curriculum are the ability to communicate clearly and effectively, especially (but not exclusively) in writing, along with the ability to critically analyze and creatively solve complex problems. These skills are being increasingly recognized and valued by business.

Some have even recently seriously entertained the idea that philosophy is the most practical undergraduate major:

Philosophy can be divided into a number of areas, or subfields, though these areas overlap. These areas cluster together in fairly standard ways, though overlap between areas, even areas in different clusters, is not uncommon, and there can be slight variations in the clusters themselves.

Logic is primarily the study of consequence relations (the sort of relation that holds between the premises and conclusion of a “good” argument) and related notions. Among the subareas of logic are classical first-order and higher-order logics, non-classical logics (e.g., modal, intuitionistic, relevance, and many-valued logics), mathematical logic (set theory, computability theory, model theory, and proof theory), and history and philosophy of logic.