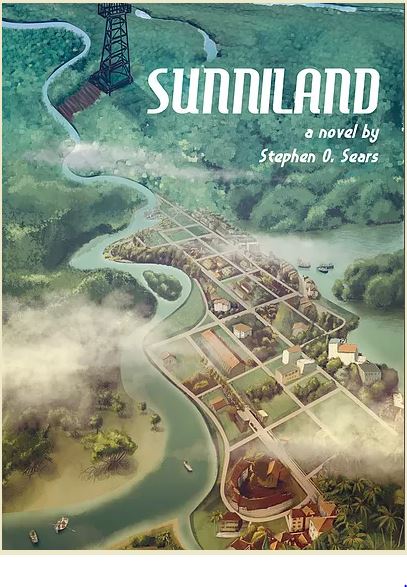 Dr. Stephen O. Sears, our former Department Chairman serving from 2005-2011 and former Professional in Residence, authors a novel titled Sunniland.  The book is a work of fiction set during an historical time, amid World War II. Even while enjoying retirement, Steve couldn't sit still and decided to embark on this project.

In 1942 and 1943, German U-boats sank over one hundred tankers in the Gulf of Mexico and Caribbean Sea, resulting in a massive loss of oil and blocking the flow of crude oil to the refineries in the northeastern US.  As a result, the American government encouraged drilling in South Florida.  Oil was discovered by a wildcat well in the Florida Everglades.  These true events are the backdrop for Sears' novel wherein he intermingles these true events with the fictional adventure of the MacDonalds, who relocate from Manhattan to Florida and find themselves in Everglades City, a bit unprepared for the experience that awaits them.  "In 1943, the people of Everglades City, Florida, found themselves between wildcat drilling in the Everglades and the German U-boat assault in the Gulf.  Both events were related to oil," states Dr. Sears. "I thought that would be a great setting for a novel."

The book, which will be released in early August, is available for pre-order at online bookstores. Additionally, it will be available in bookstores, including LSU's Barnes and Noble Bookstore on campus.  For more information, please visit Dr. Sears' webpage: https://www.stephenosears.com/.