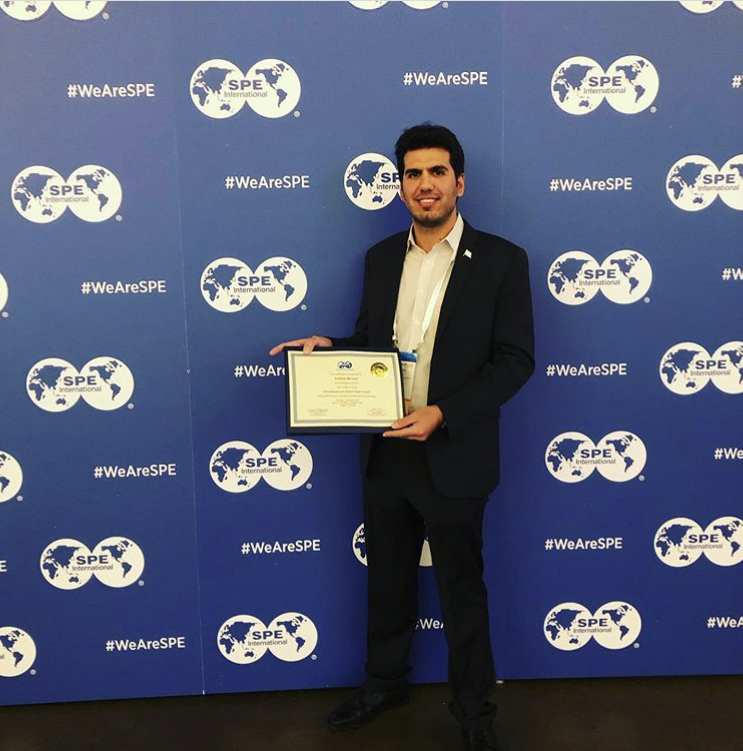 Andreas Michael, who is a graduate student in the department, placed 2nd in the PhD category at the SPE International Paper Contest held in Calgary during SPE ATCE.  He presented his paper on Tuesday, October 1 and was notified about the honor later that afternoon. The paper can be downloaded, with membership, at OnePetro.

Andreas is also a part of the PetroBowl team that won the championship for the international competition the previous day at ATCE. The department is very proud to have such fine students of high quality representing the department and LSU at this international conference.