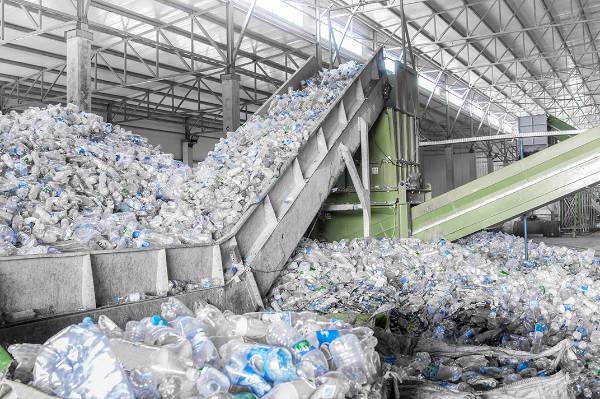 BATON ROUGE, LA – According to National Geographic, 8.3 billion metric tons of plastics are generated each year, with 6.3 billion metric tons becoming waste. That means only 24 percent of plastic is recycled properly. Getting plastics to the recycling plant is only half the battle. The other half entails how the plastics are upcycled at the recycling plant.

A team of LSU researchers, led by LSU Chemical Engineering Professors James Dorman and Kerry Dooley, propose making the upcycling process more efficient so as not to create more waste on the planet.

“It is important to notice that while the market seems ripe to accept recycled plastics, the major impediment, which this project aims to address, is the reclamation of the monomers/oligomer units so they can be seamlessly and economically blended into existing re-polymerization products,” Dorman said.

Through a $70,000 LIFT grant, Dorman and Dooley, along with LSU Biological & Agricultural Engineering Associate Professor Dorin Boldor, aim to provide a solution to this problem of acceptable product quality. They argue that energy consumption for the upcycling of waste plastic is “extremely favorable” compared to the production of virgin plastic. A relative energy intensity chart shows that virgin plastic uses more than 80 MJ (megajoules)/kg, while recycled plastic uses just around 10 MJ/kg.

“The innovation is unique in that it can service both the recycled plastics market as a process to recycle plastics and simultaneously generate a renewable feed source for commercial plastics,” Dorman said.

The vast majority of plastics are made from ethylene and propylene derived from fossil hydrocarbons (methane and petroleum), with none of the commonly used plastics being biodegradable. The extraction process Dorman’s team proposes retains key core monomers that can be reinserted into the polymerization process. As an example, intact ethylene can be extracted from polyethylene, which can then be reinserted into new polyethylene. Ethylene is classified as an olefin byproduct of plastic recycling and has great value even if not reformed directly into plastic. In 2017, the global olefin market was valued at $200.8 billion. Other major olefins include propylene, useful in developing industrial coatings; butadiene, used to create rubber; and butylene, used as a fuel.

“From an economic consideration, the loss of natural resources due to existing waste management procedures represents a missed opportunity,” Dorman said.

The production and disposal of plastics is responsible for significant greenhouse gas emissions and generates plastic pollution in the natural environment. According to some estimates, as much as 95 percent of used plastic is either landfilled or incinerated annually, equating to $80-$120 billion worldwide.

“The competitive advantage of our new innovation is two-fold,” Dorman said. “One is that it’s high efficiency, state-of-the-art electromagnetic continuous flow technology for the deconstruction of various plastic waste streams. Second are the development of specific catalysts that are resistant to poisoning from various additives existent in waste plastic streams and are suitable to be used in conjunction with electromagnetic heating technologies. Our advantage not only solves a plastic waste disposal issue with important environmental benefits, but also provides a commercialization strategy supporting long-term financial health.”