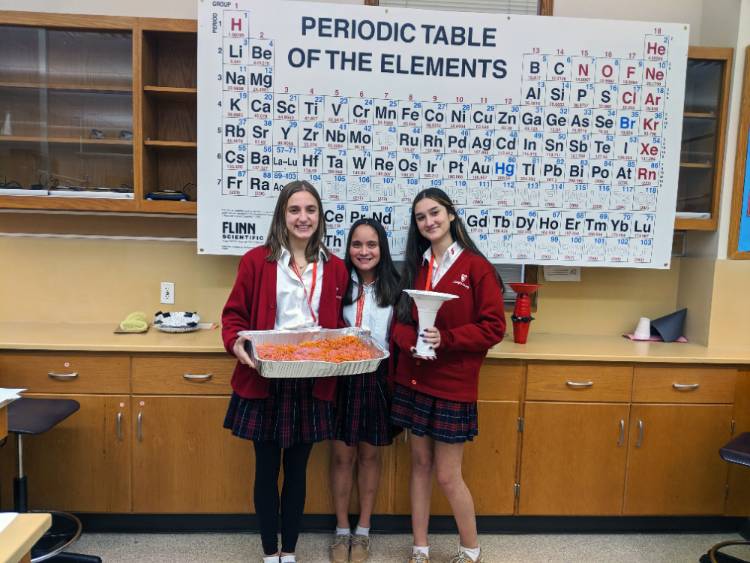 BATON ROUGE, LA – Over the course of two weeks this fall, LSU Chemical Engineering Assistant Professor Adam Melvin worked with nearly 60 students from St. Joseph’s Academy in Baton Rouge as part of a program he calls Bioengineering 101, in which high schoolers learn about the cancer, bioengineering, and engineering design processes.

Melvin, who has mentored SJA students in his lab prior to this program, partnered with SJA Chemistry Honors teacher Rhonda Baird to divide her three class periods of juniors and seniors into 19 groups of two or three students, teaching the groups at different times over a six-day period.

“The idea of this program is to teach the students about several aspects of engineering design and introduce them to a variety of things that bioengineers can do,” Melvin said. “They are then responsible for designing, building, and testing their own systems and collecting data to measure how well it works.”

Unlike the ENGage LSU program, which has a larger number of students for just one day, Bioengineering 101 has fewer students over a longer period of time with a detailed plan for each day. On day one, Melvin discusses what engineering is, what engineers do and how they solve problems. On day two, Melvin provides the groundwork for the design challenge, which entails building “cancer trappers,” and discusses cancer metastasis, circulating tumor cells, and how engineers can help doctors. At the end of the day, the students are given a mixture of cancer cells and red blood cells, which are mimicked by rice and macaroni noodles. They are then given a list of supplies—plates, bowls, tape, scissors—which they must “purchase” to build their trappers.

“Every supply they acquire has a cost associated with it,” Melvin said.

Melvin tells the students to design a system that will give them 70% purity, separating out the rice, and also make it reproduceable at a minimum budget. He also explains the engineering design process—problem, hypothesize, design, build and test—and gives the students four metrics to go by—capture efficiency, purity, throughput and cost. On day three, the SJA students create a design based on the two-component system.

“Every day after that, I give them an additional design parameter,” Melvin said. “The first day, it’s just rice and macaroni. The fourth day, it’s rice, macaroni and penne noodles. The penne represents the immune cells. So just when they think they’re almost done, they must take what they’ve built and improve upon it or build in another direction.”

On the fifth day, Melvin increases the volume of the sample from small cups to full-size Solo cups. Finally, on the sixth day, each group presents their projects to a panel of judges comprised of nine SJA teachers. Each class period has a winner who receives a gift card and there is also an overall winner from all sections of Honors Chemistry.

“As I walked around the room and saw the different designs, it was amazing because no two were exactly the same,” Baird said. “They weren’t all successful but to hear them say, ‘Ok, next time we can do it that way,’ was a very gratifying experience. Many students commented in the survey given to them at the end that this is what they want to do.”

“They were super pumped while doing their presentations,” Melvin said. “Some of these students say they want to be bioengineers now and the fact that they were engaged nearly the entire time is pretty impressive. They were coming in after school and during their lunch to improve on their design and collect more data.”

Baird also knows something about girls in engineering since she was once a chemical engineering major.

“I was the only girl in my chemical engineering class in college,” she said. “Now, my daughter is a senior in mechanical engineering [at Ole Miss] and only one of two girls graduating in that entire department. I want to foster the next generation. I was beyond excited about Bioengineering 101 because I want the girls to be exposed to all of these things. I see how differently a woman’s mind works. When engineers are solving problems, the value of a woman at the table to make those decisions is priceless.”

Melvin said Bioengineering 101 was designed to teach high school students how biology can be integrated into all of the engineering disciplines.

“You can do bioengineering in mechanical, civil and environmental, biological, chemical, and biomedical engineering,” he said. “Many of these young students are excited about biology and how it can be used to tackle big-picture problems like human health, energy and the environment. If we can get these girls excited and interested in engineering and they can pick a college that is best for them, then I feel like I’ve done my job.”