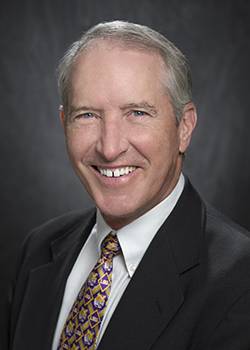 BATON ROUGE, LA – LSU Chemical Engineering Professor James Spivey was recently presented with the Organic Reactions Catalysis Society’s Murray Raney Award, which was established in 1992 by ORCS and is presented to scientists who have made outstanding contributions in the use of base metal catalysts in organic synthesis.

The award consists of a $5,000 honorarium, a plaque and up to $2,000 for travel expenses to attend the ORCS biennial conference and receive the honor.

Spivey is the James McLaurin Shivers Professor and Clarence M. Eidt Jr. Professor in the Cain Department of Chemical Engineering. He earned his bachelor’s and master’s degrees from North Carolina State University and his PhD from LSU. His research interests include catalysis and energy.