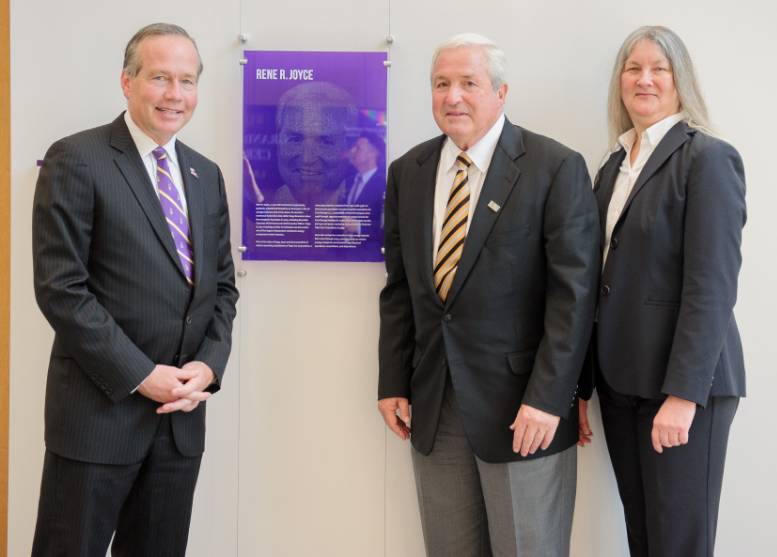 BATON ROUGE, LA – As part of LSU’s “Fierce for the Future” fundraising campaign, the College of Engineering established its own fundraising priorities—scholarships to recruit high-achieving students, laboratory support for research and teaching, and support for new faculty.

Leading the charge in bolstering these initiatives is Rene Joyce, a 1970 graduate in mechanical engineering and director of midstream company Targa Resources. His gift of $1 million was the first directed specifically toward the college’s fundraising campaign.

“I contributed to the [Breaking New Ground campaign, which funded the renovation and expansion of Patrick F. Taylor Hall] and this seemed like a nice follow-up to that, recognizing the importance of developing more (LSU) engineering talent,” Joyce said.

“Competing against other schools for student talent, professors, this just seemed like it was a worthwhile program (to give to), so that the engineering college had the tools to compete.”

To ensure that the college can continue to compete with its peers and at a high-level, Joyce is calling upon his fellow alumni to follow in his footsteps.

For the past 18 years, Joyce has served in numerous leadership roles within Targa Resources, one of the largest independent midstream energy companies in North America. Previously, he served as president of various operating subsidiaries of Tejas Gas Corporation, a natural gas pipeline company, from 1990 until 1998. He then became president of onshore pipeline operations for Coral Energy LLC, a subsidiary of Shell Oil Company, from 1998 through 1999, and president of energy services for Coral Energy Holding LP, a subsidiary of Shell that was the joint gas and power marketing venture between Shell and Tejas Gas Corporation, in 1999. Joyce also worked as a consultant in the energy industry from 2000 to 2003, providing advice to various energy companies and investors regarding their operations, acquisitions, and dispositions.