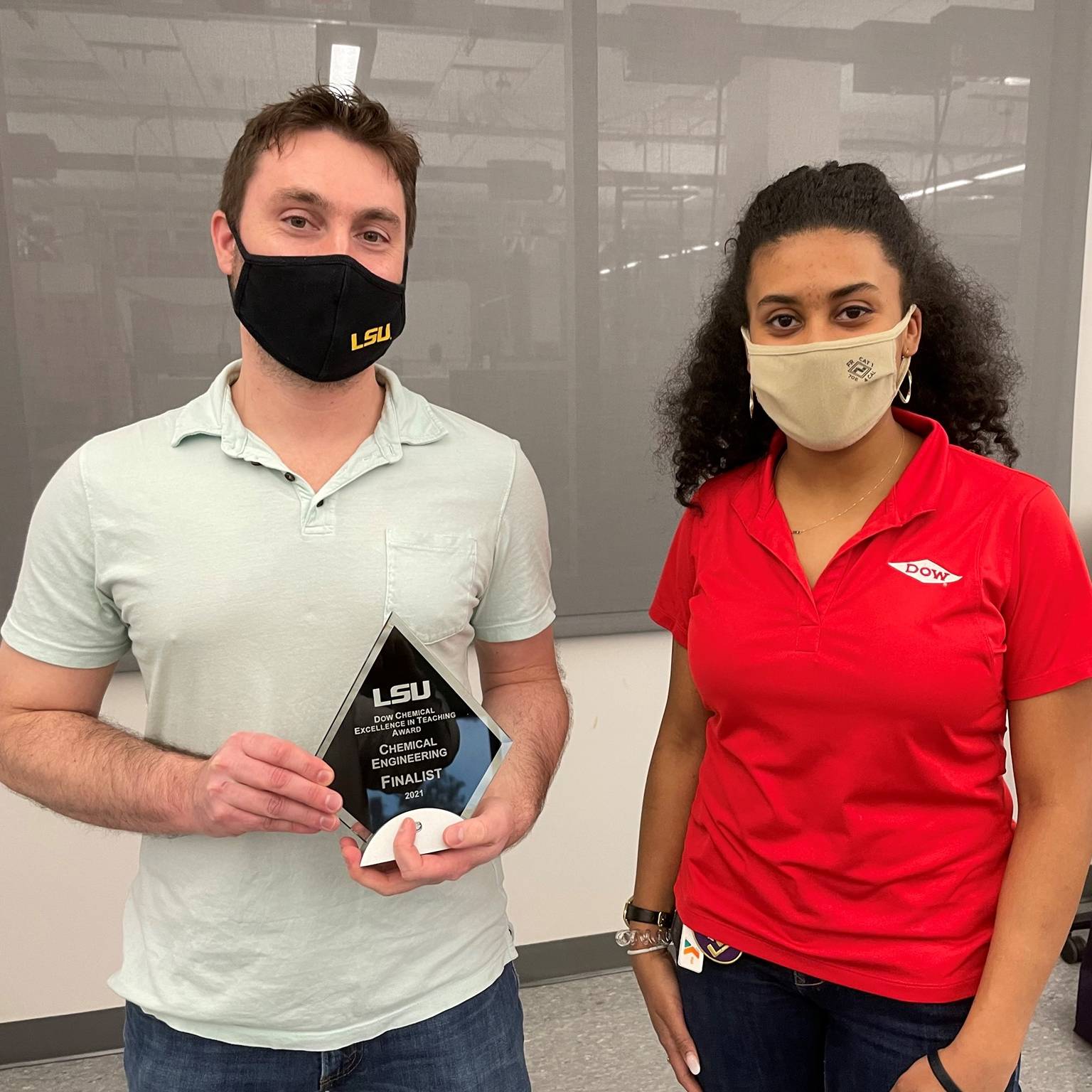 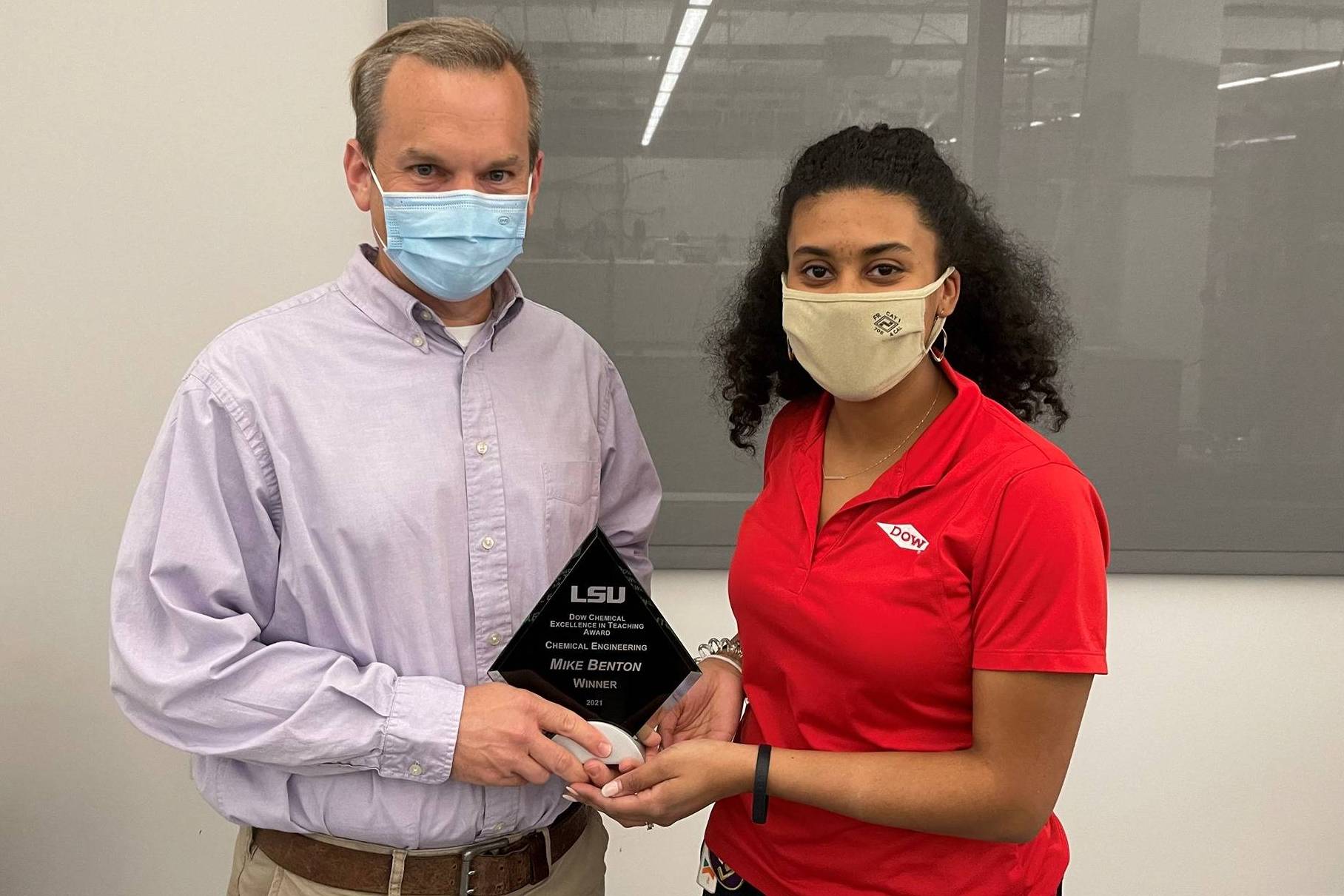 We held our annual ChE Awards Banquet on Thursday, April 22. Three of our professors were finalists for the Dow Excellence in Teaching Award, Prof. Benton, Prof. Nandakumar, and Prof. Plaisance. Prof. Benton took home the prize! The award is given to the professor who seniors graduating in the spring and fall semesters believe was the most outstanding teacher they had during journey to their ChE BS degree. A Dow representative, Kristin Ellis, was on hand to congratulate the finalists on behalf of Dow.

Additionally, the Banquet honored several of our best and brightest students.

Gloria Alvarado received the Jesse Coates Award. This award recognizes the senior who our faculty believe demonstrated the most outstanding scholarship, professional, campus, and community activities during their time at LSU. Gloria also received the ChE Junior Award. This award is given to the student who had the highest GPA after 90 hours earned, which can't be determined until after the previous year's banquet.

Henry Kantrow received the American Institute of Chemists Award. This award is given to the student who demonstrated outstanding scholastic achievement, leadership ability, and character while at LSU.

Dedunu Herath received the David M. Wetzel Award. This award recognizes the most outstanding sophomore as determined by a faculty panel.