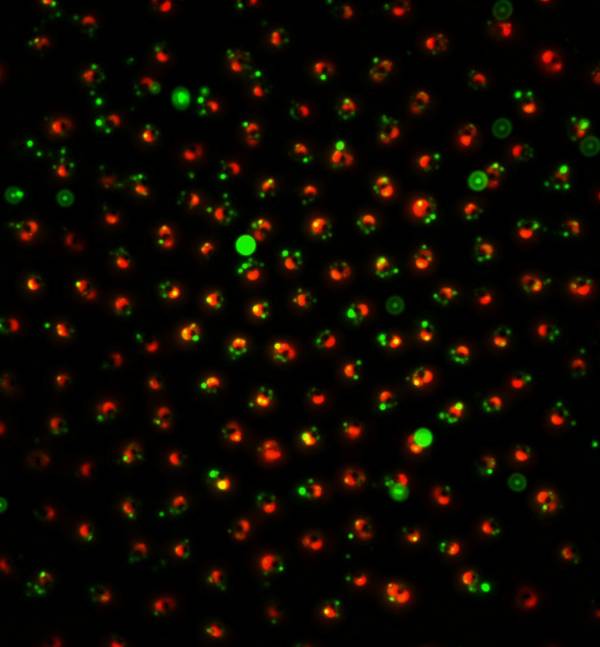 BATON ROUGE, LA – LSU Chemical Engineering Assistant Professor Bhuvnesh Bharti and a pair of his graduate students were recently published in Science Advances, with their article, “Magnetic Field–Driven Assembly and Reconfiguration of Multicomponent Supraparticles,” appearing in the May issue.

The article—written by Bharti; Ahmed Al Harraq, a second-year PhD candidate; and Jin Lee, a fourth-year PhD candidate—presents a fundamentally new concept of assembling and synthesizing micron-scale particles with unique structure, which is not achievable by any other method. This may open new routes to synthesize basic building block units involved in our everyday life.

“One such example is electronic paper, where Janus particles analogous to the ones we use in our work are used to switch between black and white to simulate ink,” Bharti said. “Our method of assembly may provide a pathway to improve electronic paper by increasing its resolution.”

“We believe that the development of highly scalable ‘bottom-up’ approaches to material synthesis is crucial to unplug the innovation and invention of such functional devices,” added Al Harraq. “Our contribution is in the use of an external magnetic field to structure matter in the mesoscale, which is composed of particles one thousand times smaller than a grain of salt.”

The physical properties of a material are governed by the assembly of its constituents. For example, both diamond and coal are chemically carbon, but the difference in assembly makes one structure a diamond and the other coal. In Bharti’s group, the trio are developing principles of guiding the assembly of particles into functional materials.

“In a sense, natural materials at the microscale, such as tissues and cells, represent the ultimate suprastructure,” Al Harraq said. “They form without any external driving force; i.e., they self-assemble with a very high degree of complexity. Think for example of the internal structure of a cell with its organelles or of brain tissues composed of neurons and synapses.

“When it comes to artificial assembly driven by external forces, we are still far from the level of complexity,” Bharti said. “This is mainly because we face a dichotomy when trying to connect microparticles. When we do it fast, we get relatively simple structures. The more interesting, asymmetric clusters are obtained by slow techniques that are hard to scale. Our work sits somewhere in between these two extremes and the method we proposed can be used to assemble low-symmetry supraparticles (which are a type of suprastructure) in a few seconds, using very small magnetic fields.”