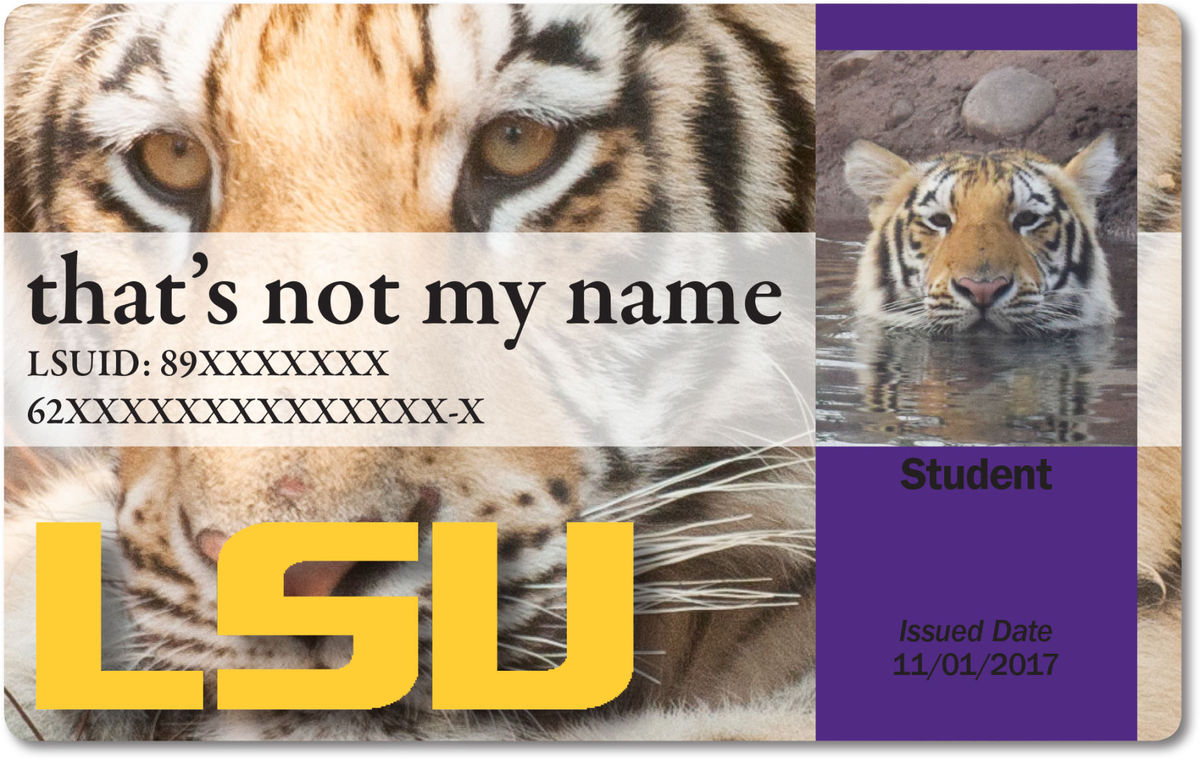 University students may soon have the opportunity to use their preferred name on their Tiger Card, but it will come at the cost of using the card as a legal form of identification.

The change could come as a result from SGR No. 18 written by College of Humanities and Social Sciences senator Monét LaCour. The resolution is slated to be heard in the Student Life, Diversity and Community Outreach Committee on Oct. 31 and, upon passage, on the Student Senate floor on Nov. 1.

“I went to [Washington, D.C.] a month ago,” LaCour said. “I spoke with [SG] presidents of [University of Alabama] and [Texas A&M University.] I talked with them about their different routes of doing things.”

LaCour said Alabama currently allows students to choose their desired pronouns that are listed on class rosters, and Texas A&M is working to develop a resolution similar to the one LaCour is currently working on.

Though not effective until 2019, the idea behind the resolution stemmed from a law passed in 2016 requiring public universities in Louisiana to include various new features, allowing for student ID cards to be used as a legal form of identification when voting.

In her communication with Texas A&M, LaCour learned students wishing to change their names on their University-associated ID cards were only required to sign a form waiving the legality of their University-associated ID cards in turn for having their preferred name listed. This change makes the cards only usable at the University as identification, and no longer an official method of identification.

“It’s not just [LGBTQIA+ or international] students’ problems,” LaCour said. “I would rather work on everyday problems that students face than just trying to work on something that one person faces.”

As the resolution is going through SG, LaCour said that, if passed, its only use is showing administrators that students are in favor of this change. The problem LaCour is facing is an initial lack of response from administration.

LaCour’s work on this resolution dates back to September, but she says the last time she heard back from any administrators on the resolution was a month ago.

“Honestly, I haven’t really gotten a response [from administrators,]” LaCour said. “I emailed some administrators and they [replied] things like, ‘Oh well we’ll get back to you,’ … so I’ve been hounding them about it, and it’s just one-sided.”

This prompted LaCour’s creation of the resolution. Her hope is that if the resolution passes the SG Student Senate, administrators will be more likely to pay attention.

While LaCour predicts a lot of debate over the resolution on the SG Student Senate floor, a survey she collected stated that 192 out of 336 have a preferred name that is not listed on their Tiger Card. In addition, the resolution includes that upwards of 108 universities allow students and employees to list their preferred name on their University-associated ID card.

“Seventy-seven percent of people were in favor of getting it where you could have a preferred name [on your Tiger Card] and only 34% of people used their Tiger Card as a legal form of ID,” LaCour said. “Right now, you just have to have what it says on … your LSU registration, but I feel like they should be separate entities.”