The College of the Coast & Environment is dedicated to educating our students and our community about the processes that shape our local, coastal environments. This fall, CC&E’s Mariotti Lab, led by Guilio Mariotti, assistant professor in the Department Oceanography & Coastal Sciences, visited fourth graders at Celerity Dalton Charter School in Baton Rouge to stimulate the students’ curiosity and interest in science.

One of the Mariotti Lab’s most popular demonstrations of the day involved a delta table, used to imitate how a delta forms and how rivers and shorelines changes over time. The other demonstrations included: a settling tube, which showed how different sizes of sediment settle at different speeds and create graded beds in the river water; a wave tank, which generated artificial waves that create ripples in the sand and illustrated how waves can shape a coastline; and a salinity tank, which demonstrated the different densities between saltwater and freshwater and how these can mix together during a hurricane or storm.

Mariotti spearheaded several outreach initiatives a few years ago when he first approached Kendall Valentine, a graduate student in his lab, with some ideas. And, Valentine was thrilled to participate.

“I love education and outreach. I love talking to the community. I feel like I learn a lot from people. I’m not from Louisiana, so getting to know people in the community and what they care about is really important to me so that when I do my research I can think about how it affects them.” Valentine said.

The elementary students also received their own lab notebooks to record the results of their experiments and drew themselves as scientists in the notebooks in order to better visualize themselves in the role.

According to Valentine, “These particular kids were so actively involved in the lessons, which was great. They were so excited and so willing to answer the questions.”

In addition to performing scientific demonstrations to educate elementary school students, the lab’s other outreach initiatives include Tiger Tailgates, where they set up on-campus demonstrations during tailgating before LSU’s home games.

Below is a captioned photo gallery of the Mariotti Lab’s demonstrations at Celerity Dalton Charter School. 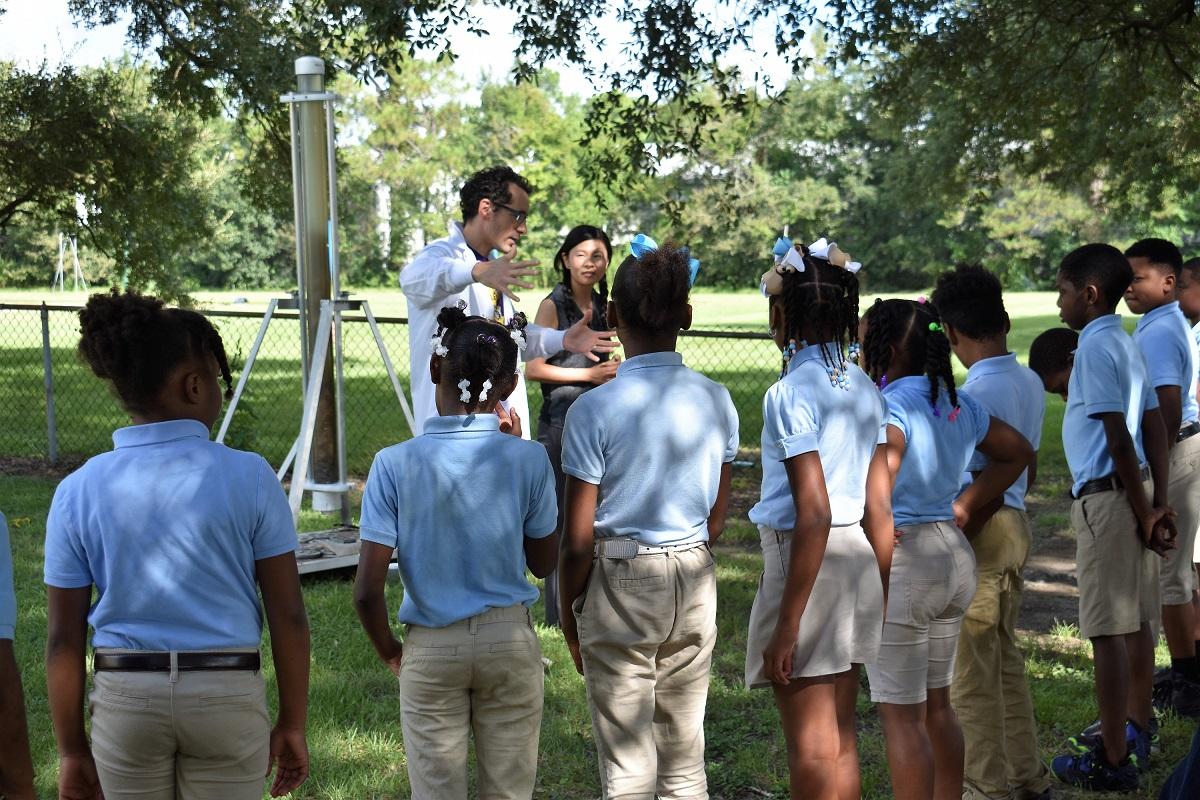 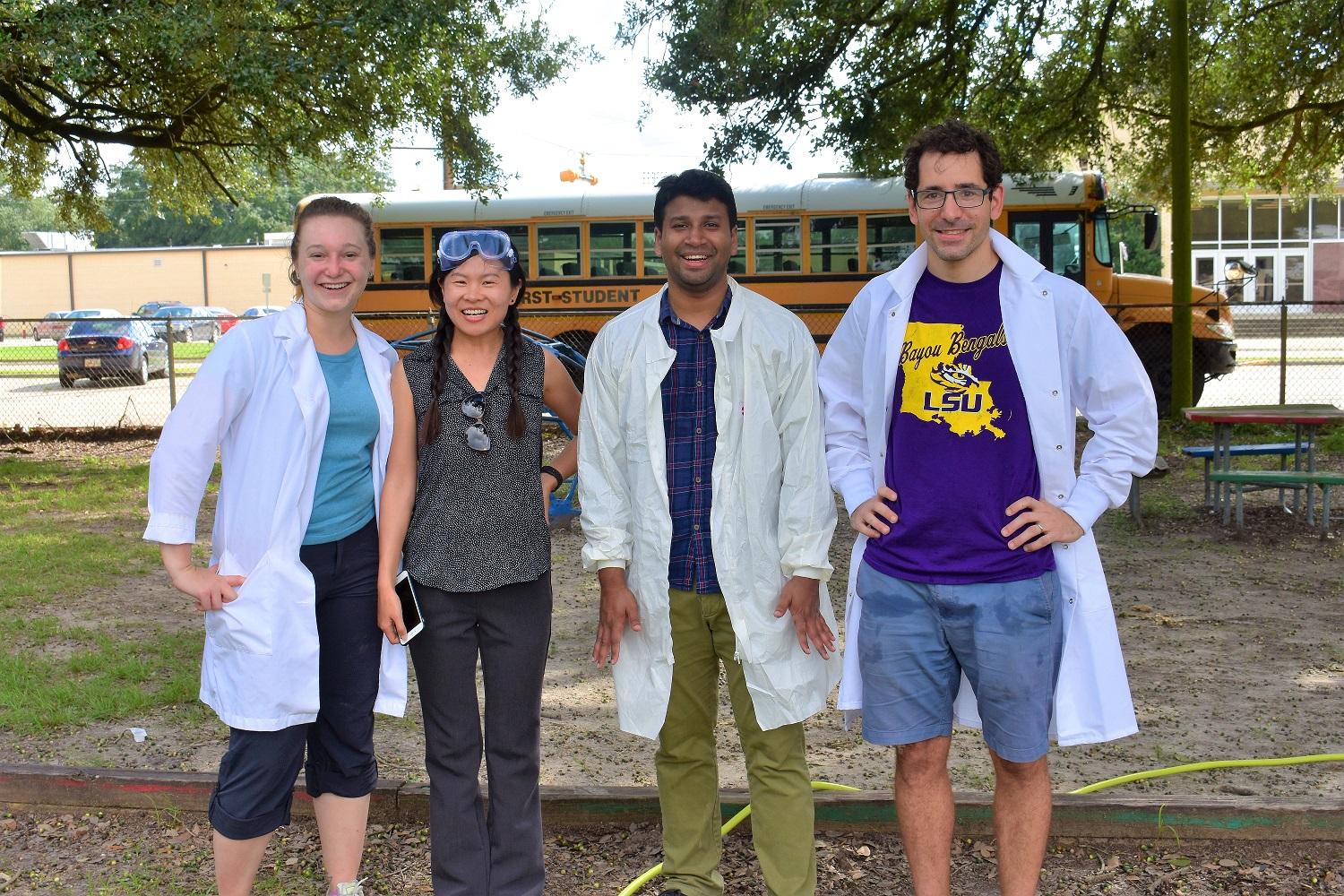 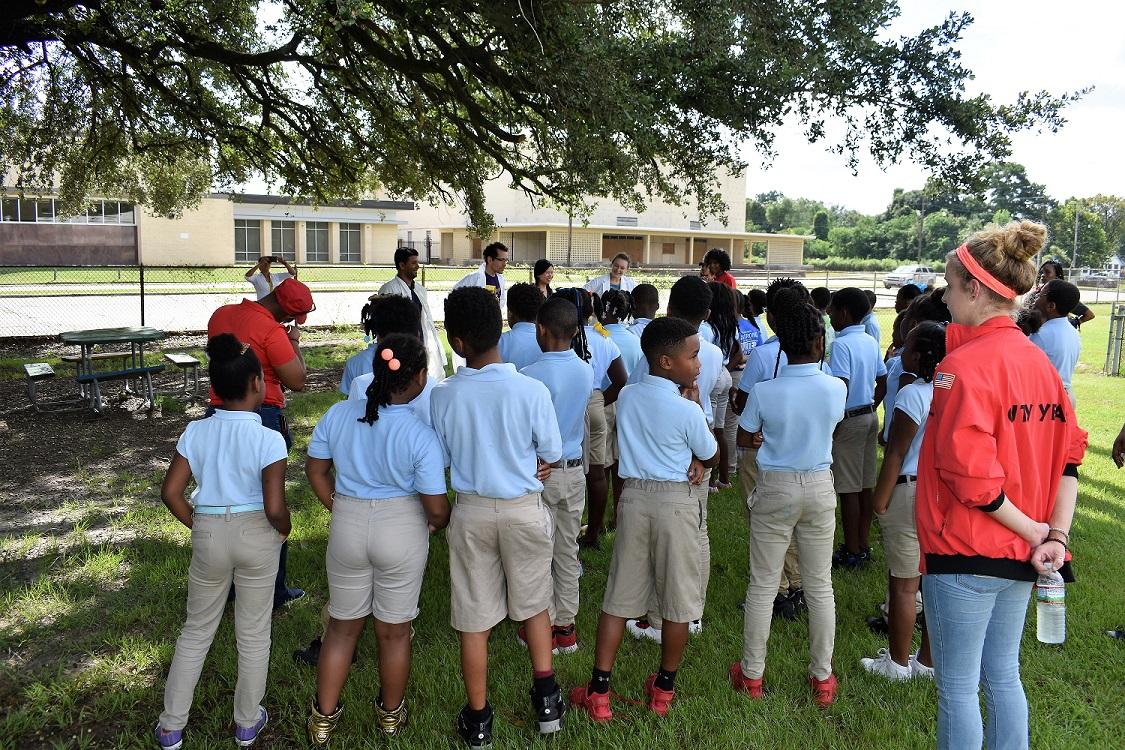 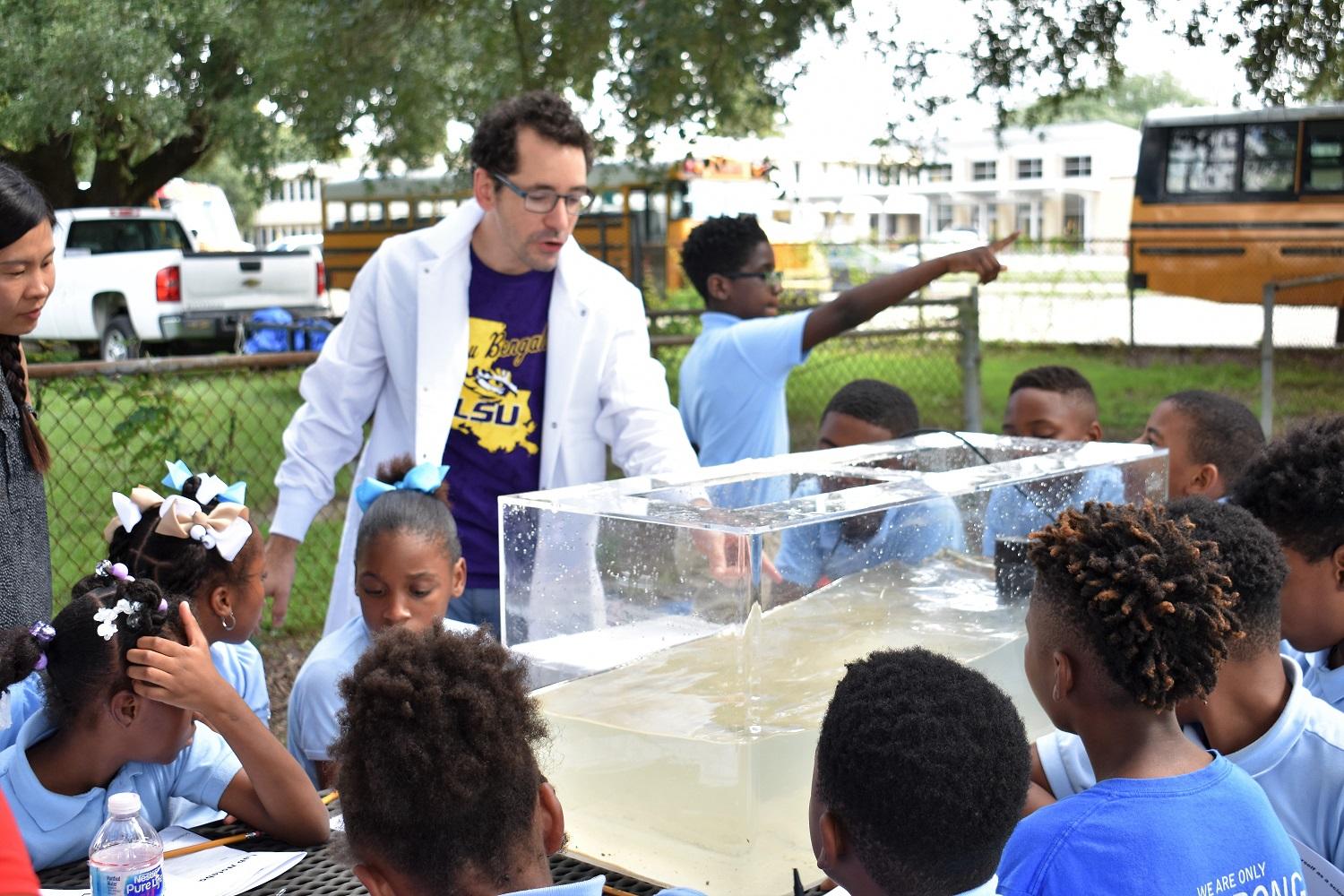 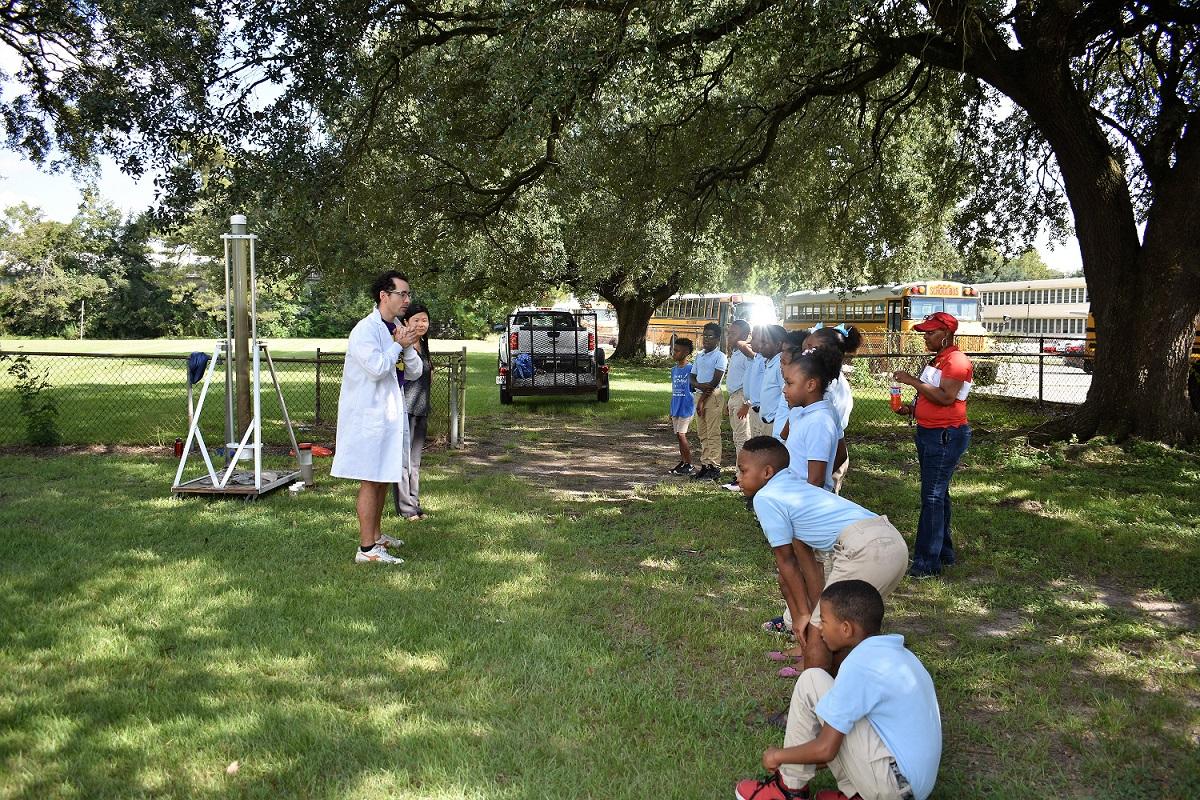 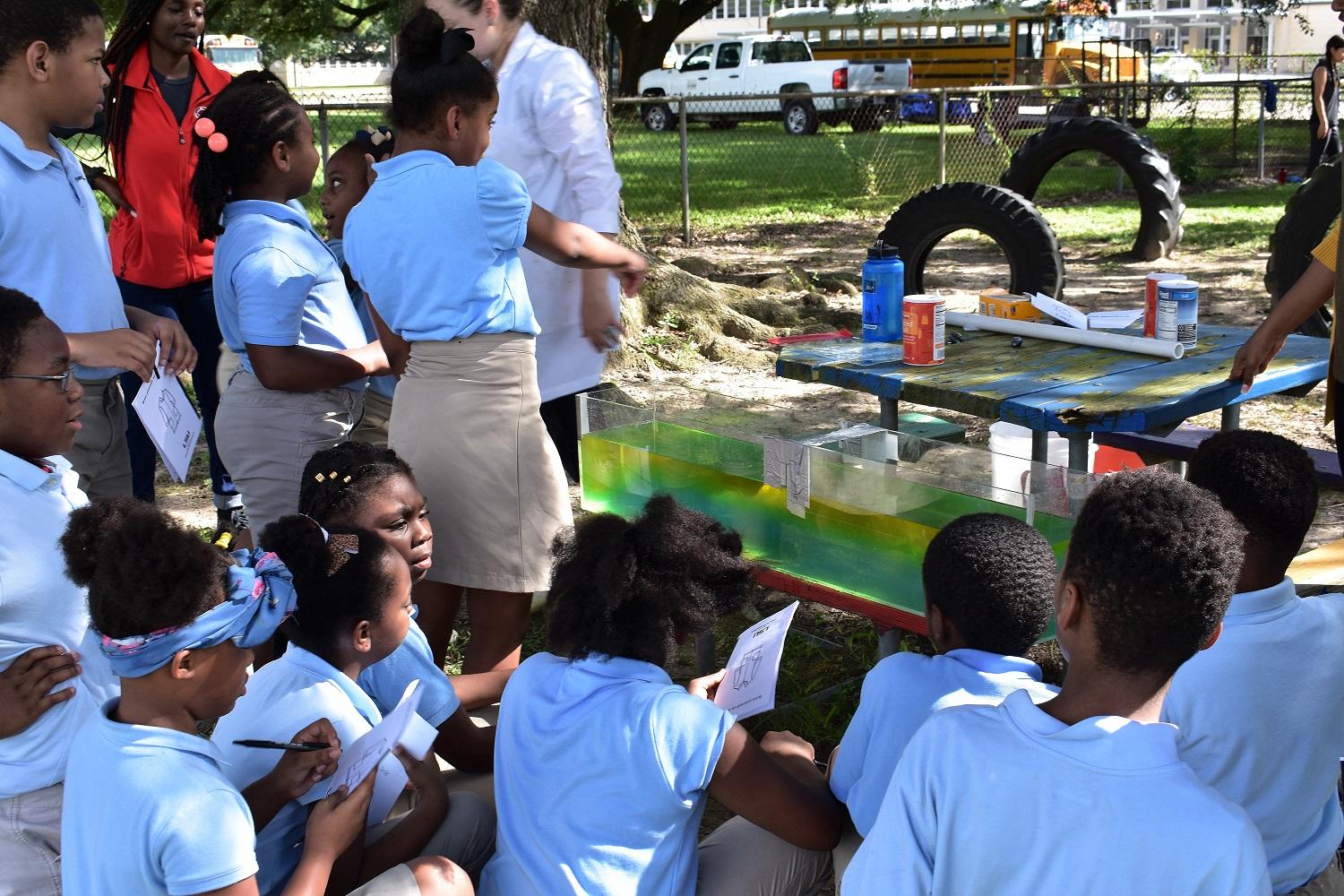 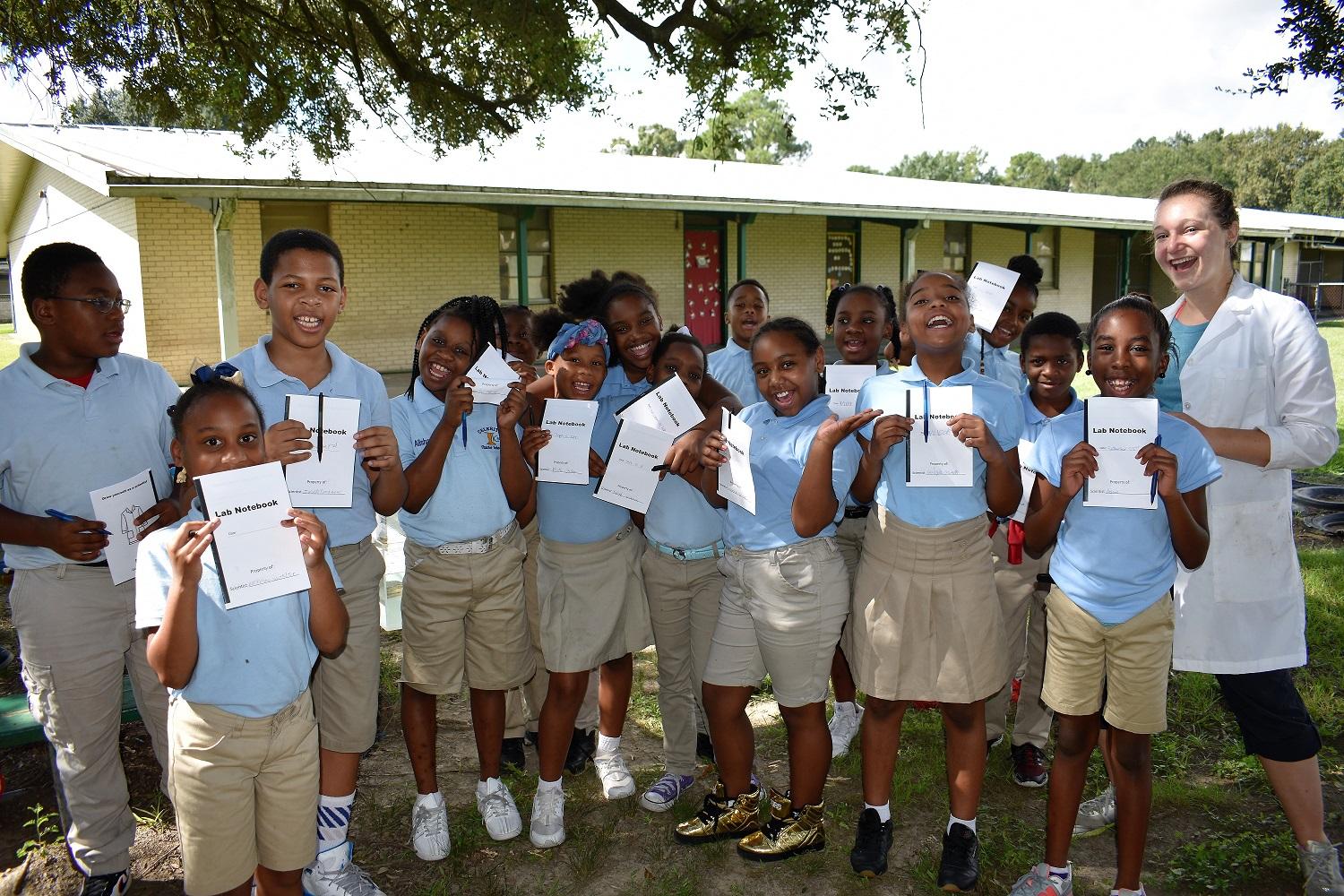 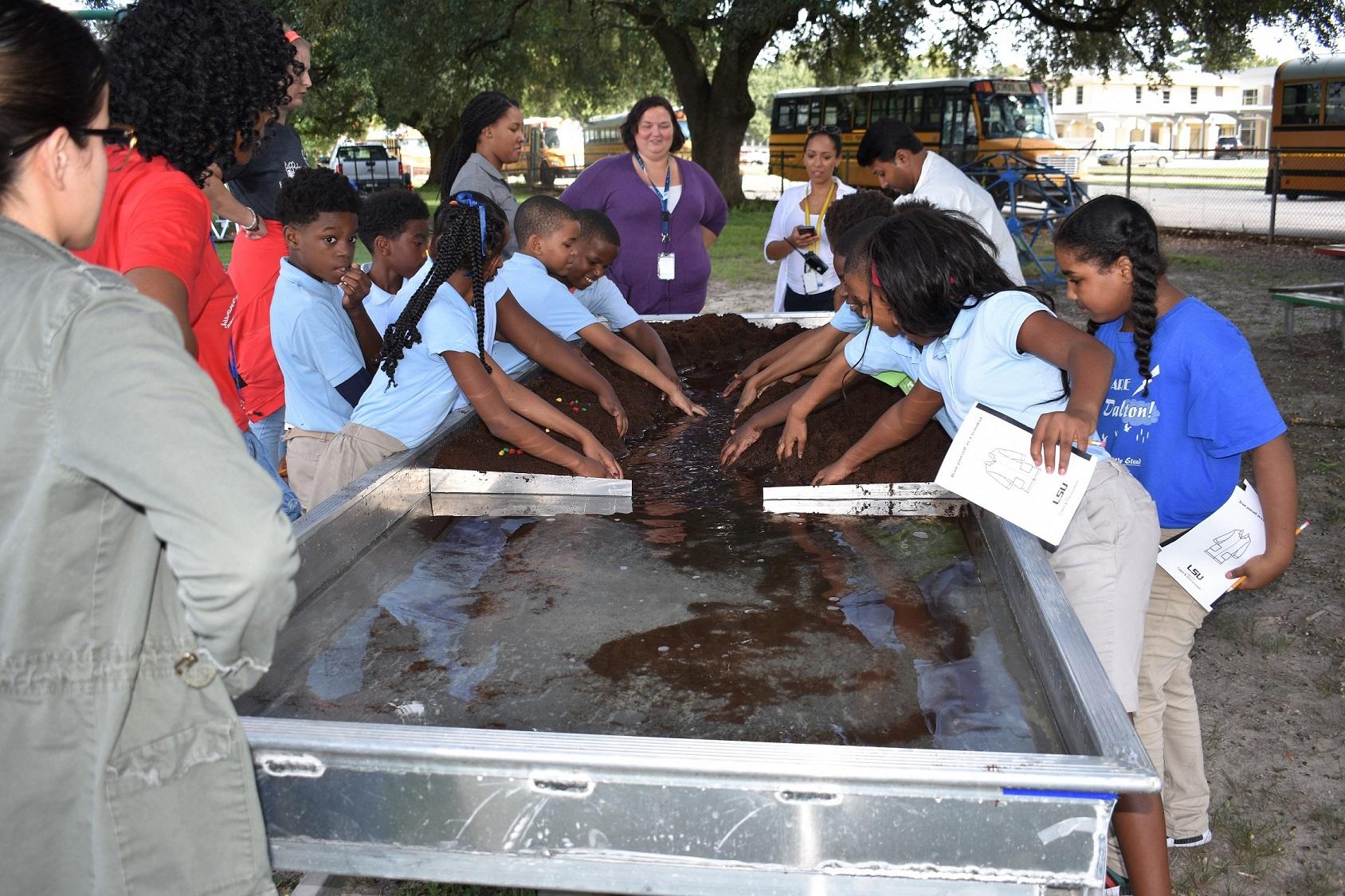 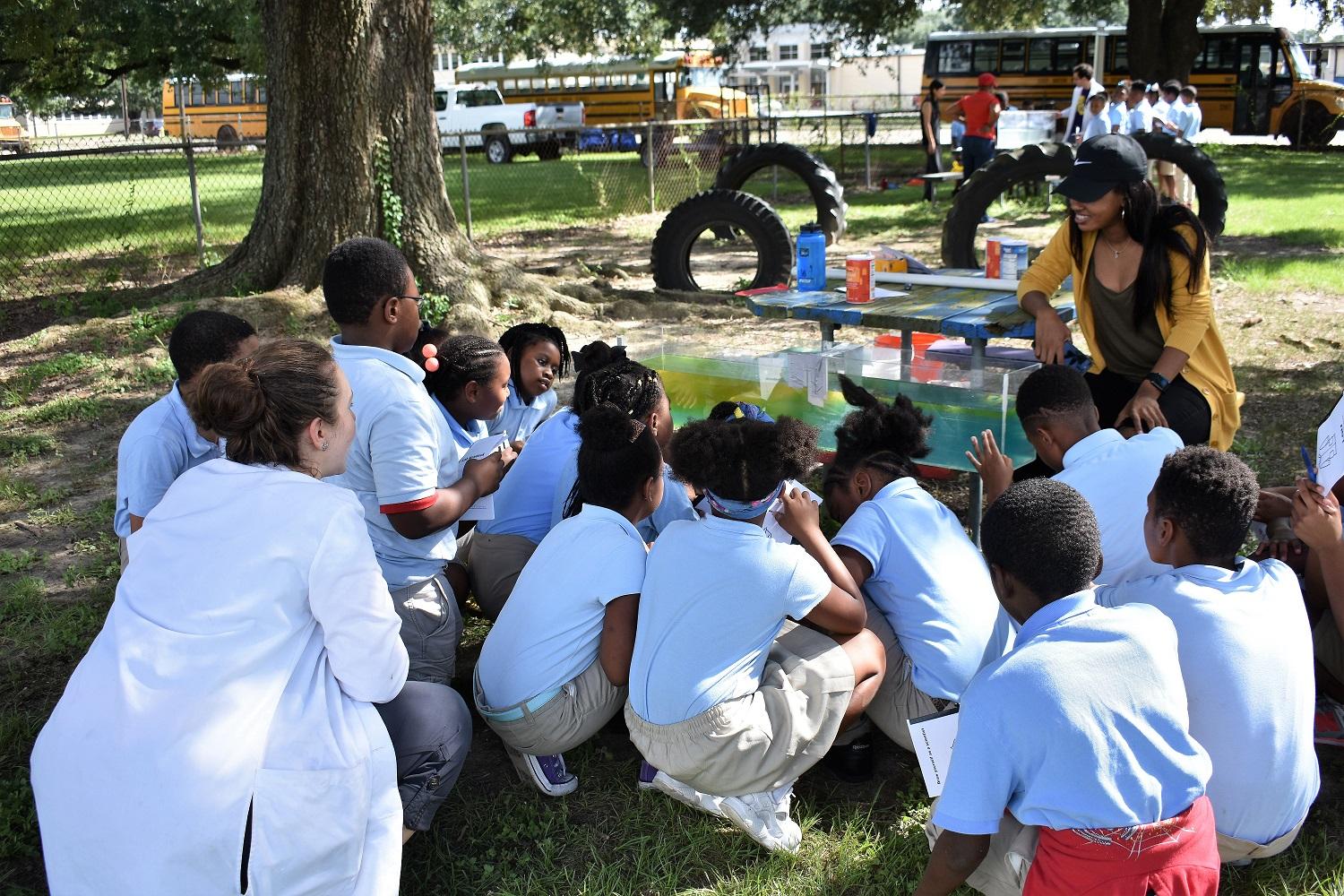 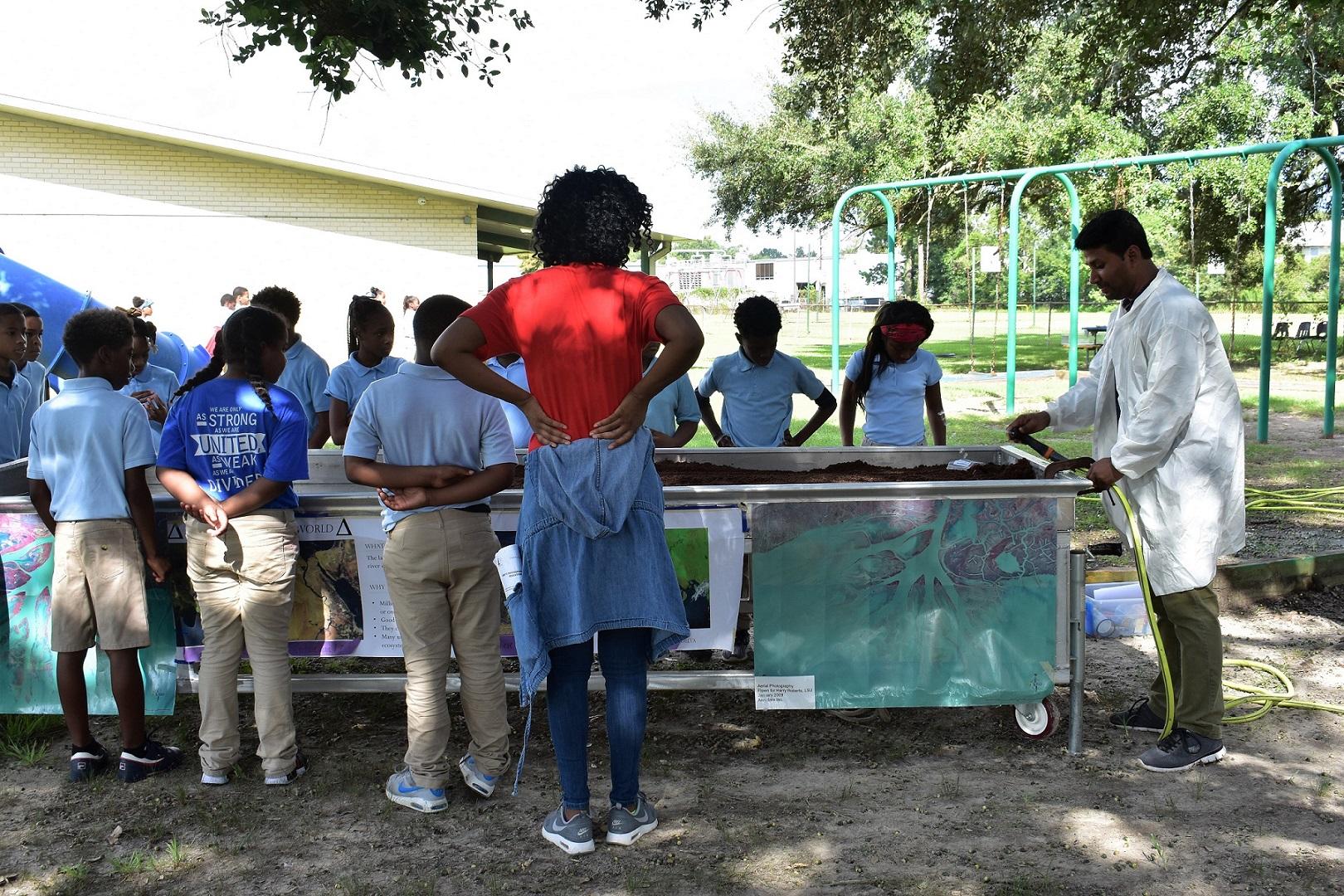 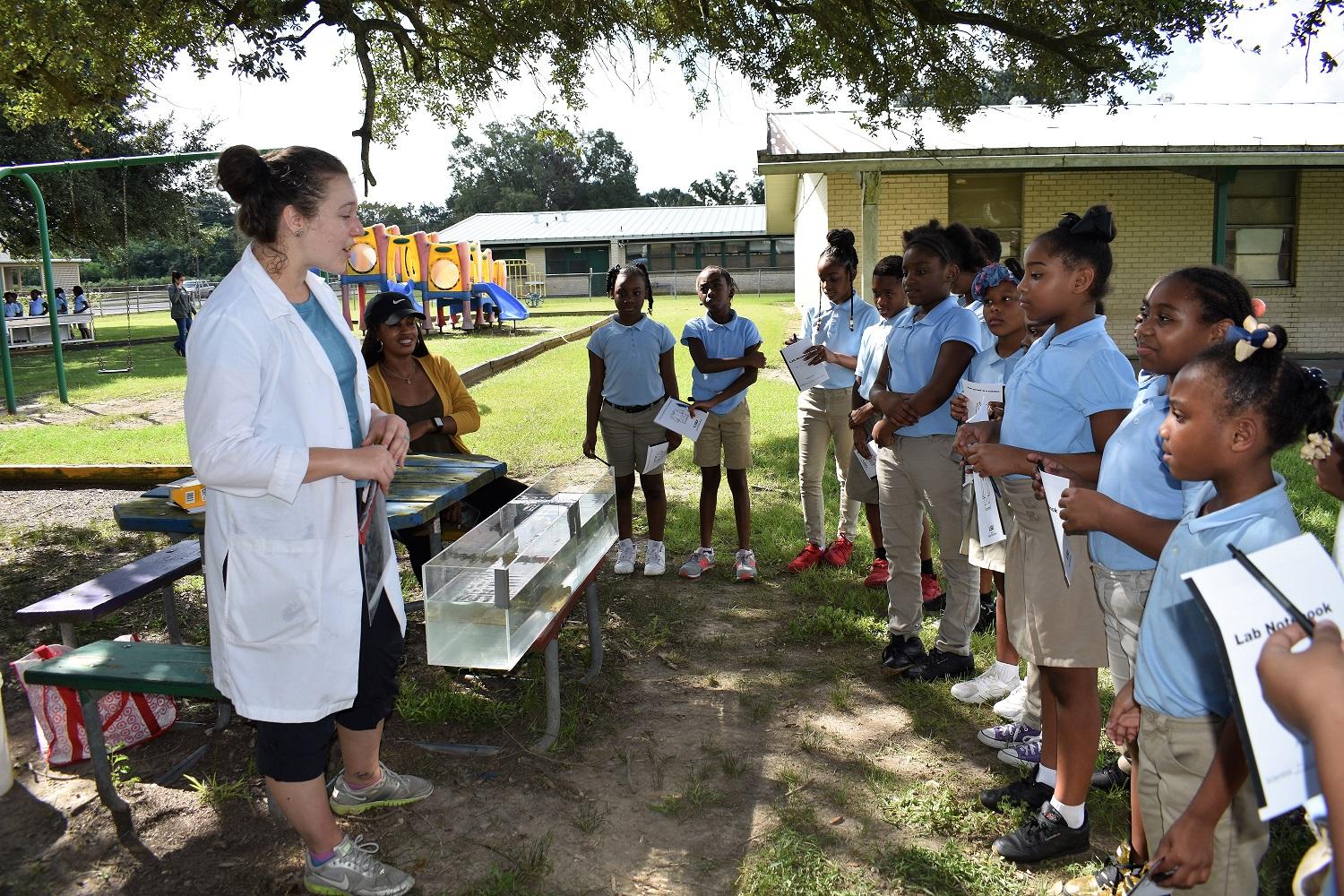 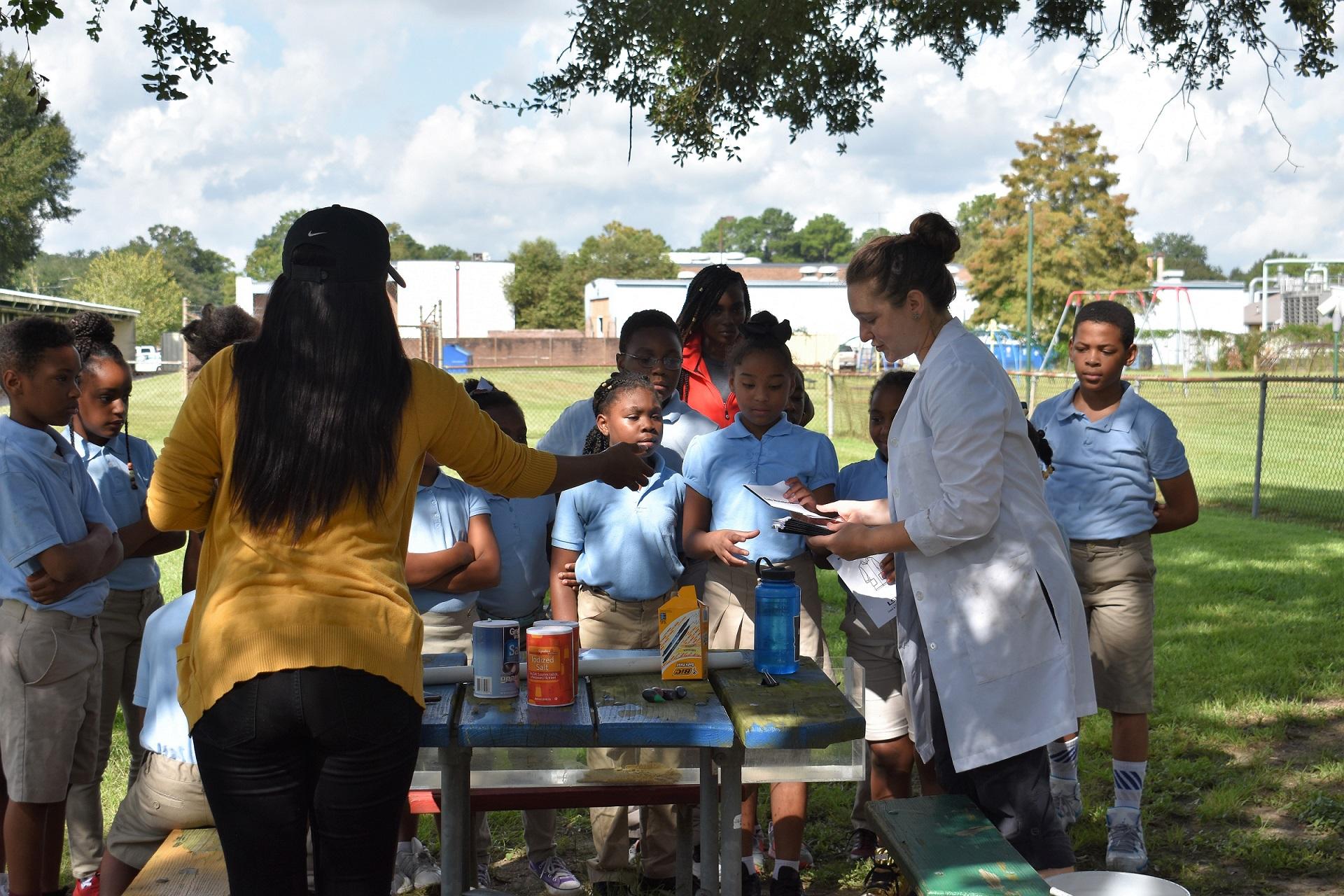 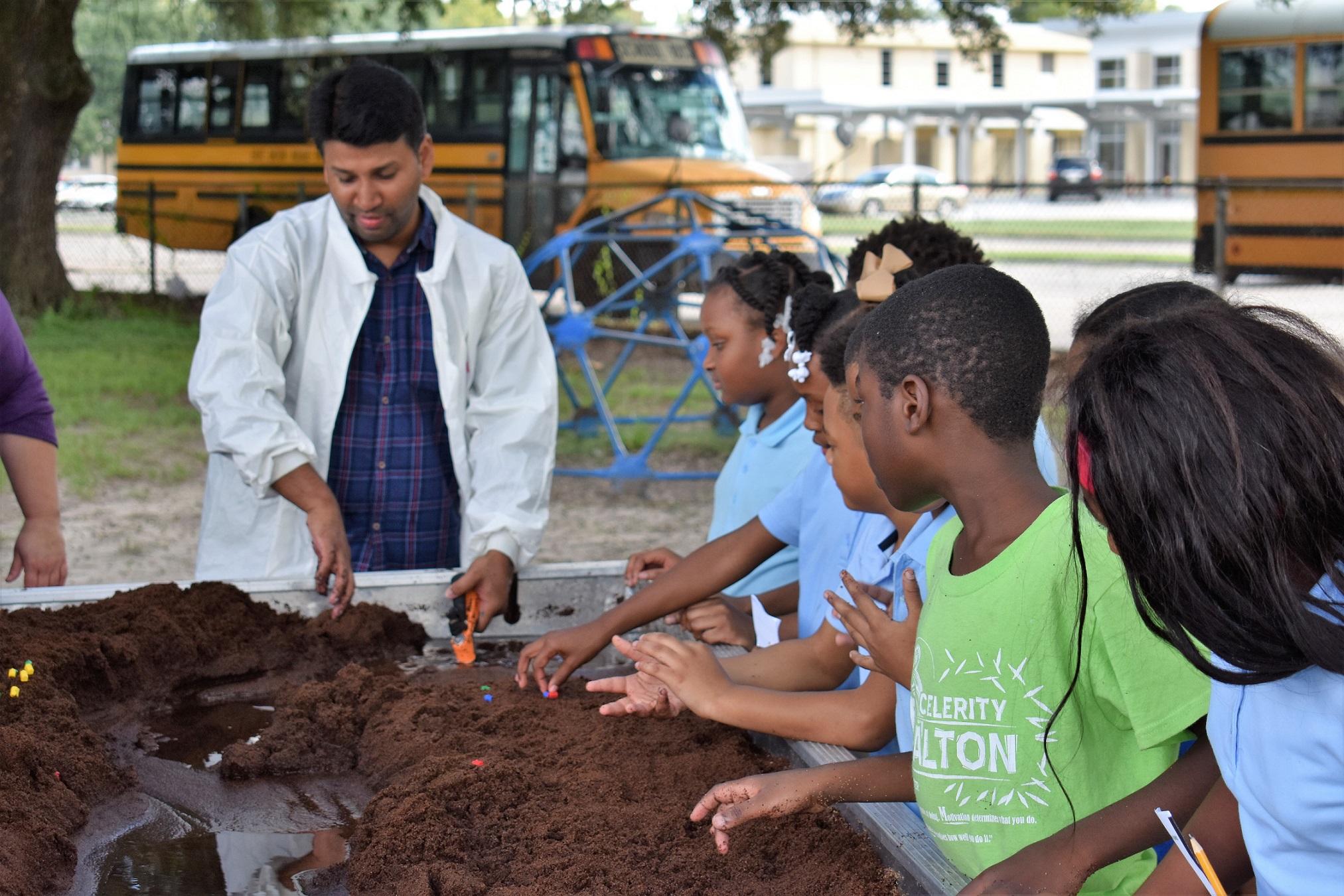 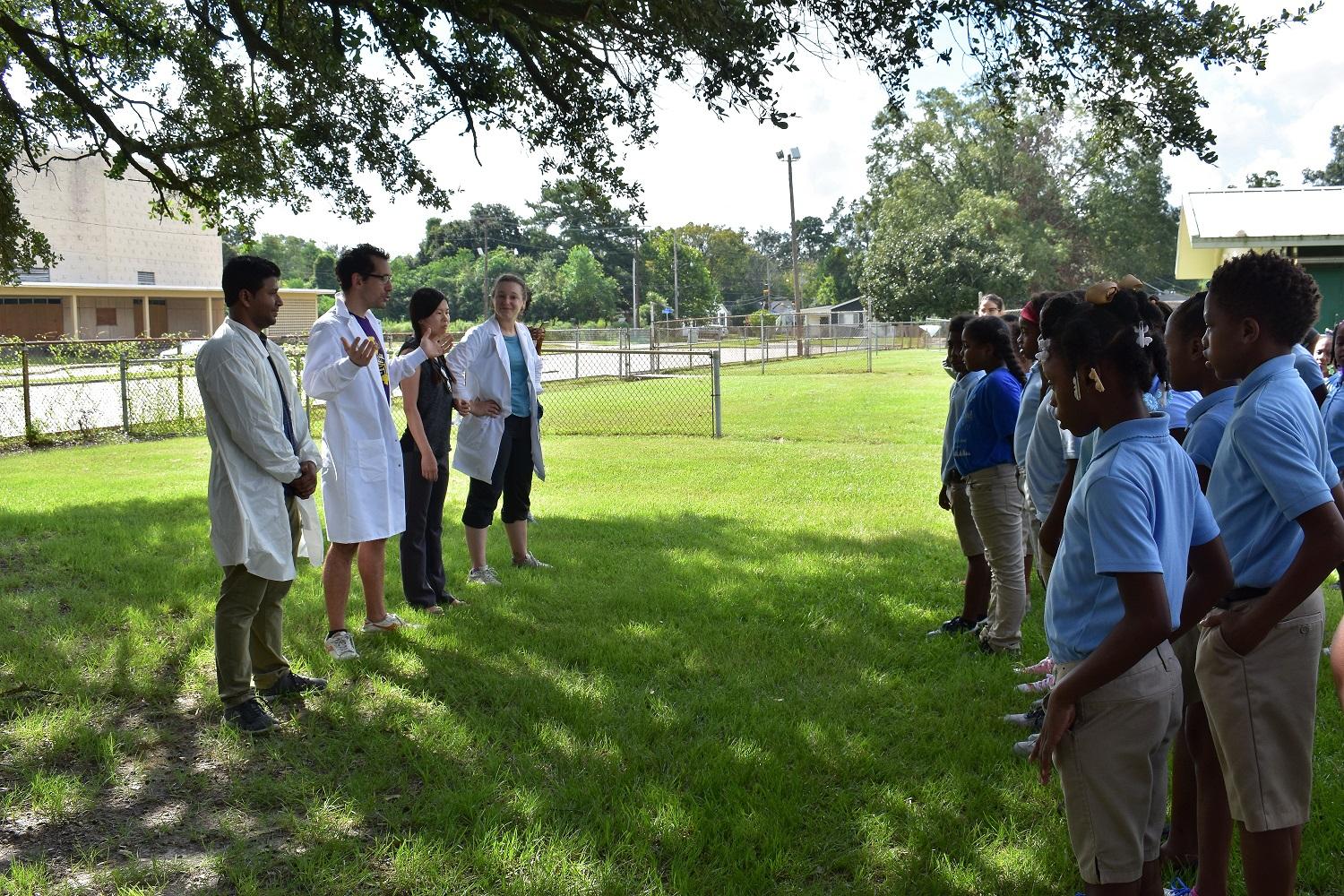 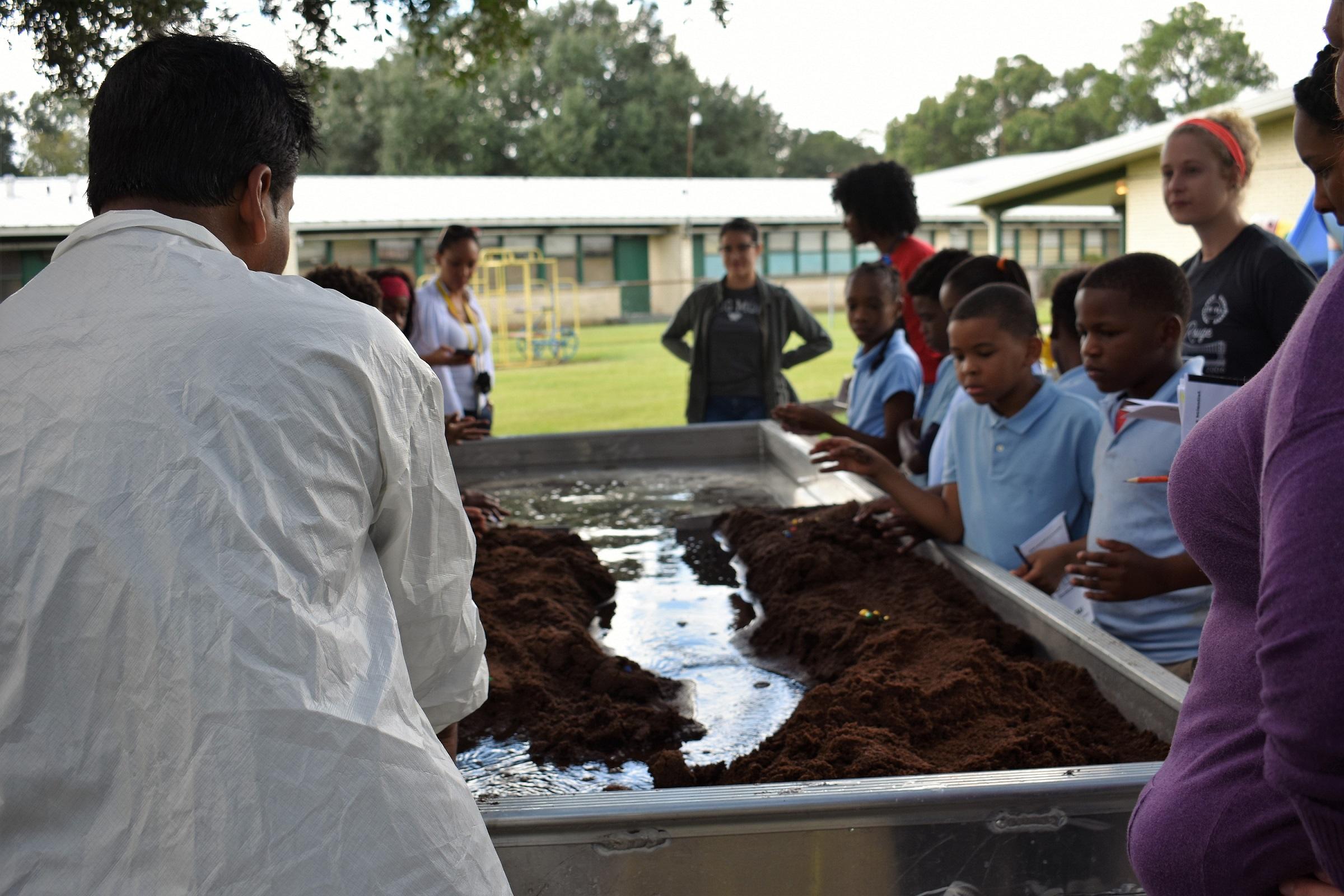