To some, plunging into the darkest depths of a vast and mysterious ocean would be a Lovecraftian nightmare. But Mark Benfield, Oceanography and Coastal Sciences Professor in LSU’s College of the Coast & Environment, or CC&E, welcomes the chance for new aquatic discoveries.

The deep sea is one of the last unexplored places on Earth. The deepest ocean trenches in the world are submerged about 8,000 meters from the ocean’s surface in an environment void of light and warmth and characterized by crushing pressure that human bodies are unable to withstand. For comparison, the current world record for deepest scuba dive is only 332 meters. As a result, the only way to feasibly explore the extreme depths of the ocean is via the use of remotely operated vehicles, or ROVs.

“ROVs are robots that are designed to withstand those pressures. They don't care if it's cold. They are our eyes and hands in the deep sea,” Benfield said.

However, ROVs can be prohibitively expensive for scientists. So, in 2005, Benfield joined a global project called Scientific and Environmental ROV Partnership using Existing iNdustrial Technology, or SERPENT, which works toward making private industry ROVs more accessible to scientists and academics.

Offshore oil and gas platforms operated by BP, Shell, Chevron and Petrobras already utilize ROVs regularly to observe, maintain, and repair their rigs and equipment in the Gulf of Mexico at depths of about 1,000 – 2,000 meters, known as the bathypelagic zone of the ocean. Benfield piggybacks off of the ROVs that are already being used by these companies to collect and analyze their footage. He trains the ROV pilots on what to look for and the types of animals he is interested in observing. Then, they collect the data and send it back to him.

“Some of our most interesting observations have come from something that just happened to drift into the field of view while we were looking at something else. You never know what's going to show up,” Benfield said.

Benfield has made some groundbreaking observations of species in the Gulf of Mexico that were previously unknown to that part of the world. In 2008, he identified a Stygiomedusa gigantea, a giant deep sea jellyfish several thousand feet below the surface. Since then, he has also observed large sharks, called sleeper sharks, and the giant oarfish – the longest bony fish in the world. Although, most commonly what he sees are smaller animals that are known to science but not well understood. Many of them display previously undocumented behaviors or new associations between animals, for example, predator-prey interactions.

Nonetheless, there are challenges associated with identifying new species via ROVs. The best way to catalogue a new species’ morphology is to procure a specimen so that its DNA can be analyzed. But, while some slower animals may be captured using ROVs, faster animals remain elusive. Additionally, industrial ROVs are quite noisy due to their electrohydraulic pumps and have bright lights that may repel photosensitive creatures. Although, Benfield is always looking for innovative solutions to overcome these challenges.

“I've done some experimental work with other companies where we've taken an ROV and we've put red lights on it. Deep sea animals can't see red light. We shut the ROV down, sat there quietly, and watched with the red lights and we could see all kinds of stuff,” Benfield said.

Perhaps the most frightening part of this deep sea exploration is not the possibility of monstrous creatures emerging from the murky waters, but the real-life toll that deep sea creatures pay in the face of human pollution. Benfield has collected footage of a sobering amount of marine trash, such as plastic bags, ropes, and water bottles, on the sea floor. While Benfield is also known for his work studying microplastics in the Mississippi River, he is not ignoring these “macroplastics” in the deep ocean.

“We see a lot of marine debris. A lot of trash. That's another source of data that we haven't really mined right now, but I'm interested in doing that,” he said.

If nothing else, his footage may raise awareness among Gulf Coast residents about where their trash is going and the plight of the sea creatures impacted by it. Benfield’s work is an excellent example of how CC&E research balances environmental conservation with economic development to improve environmental conditions in the Gulf of Mexico and around the world. 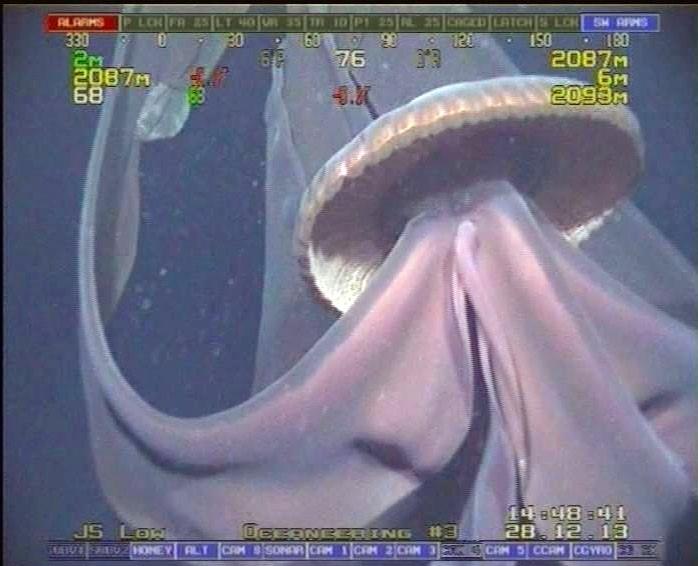 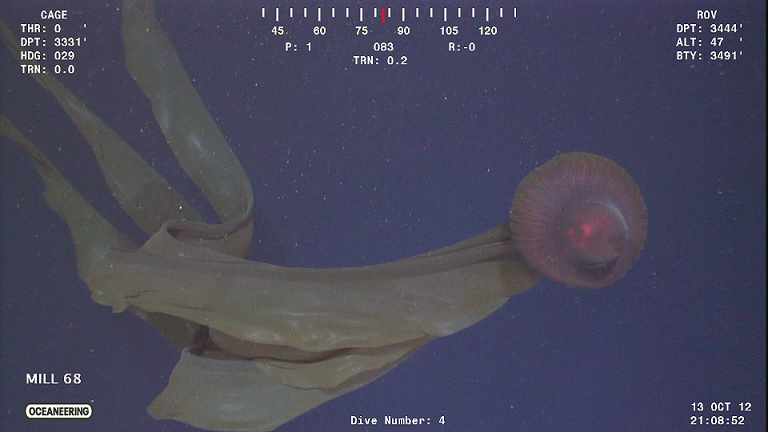 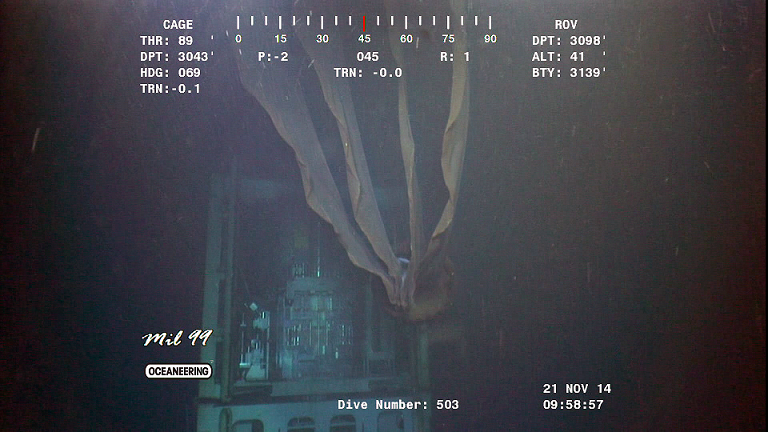 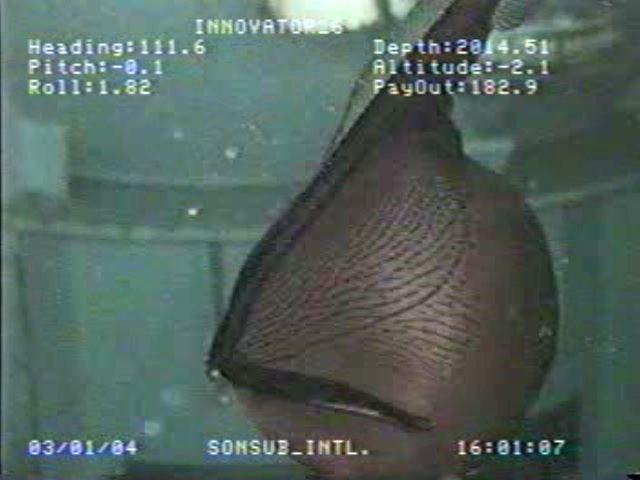 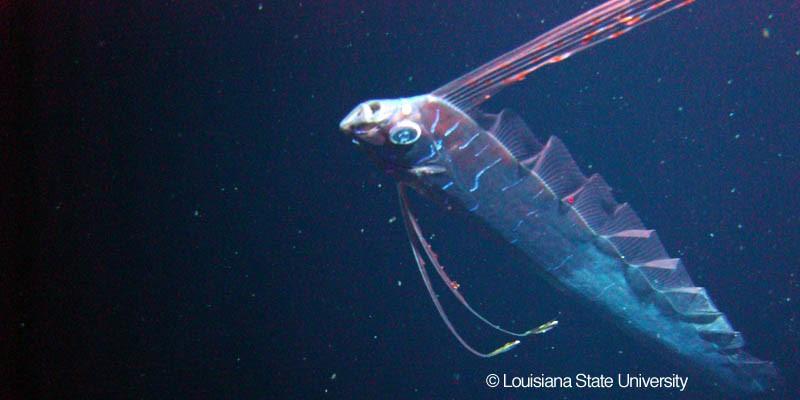 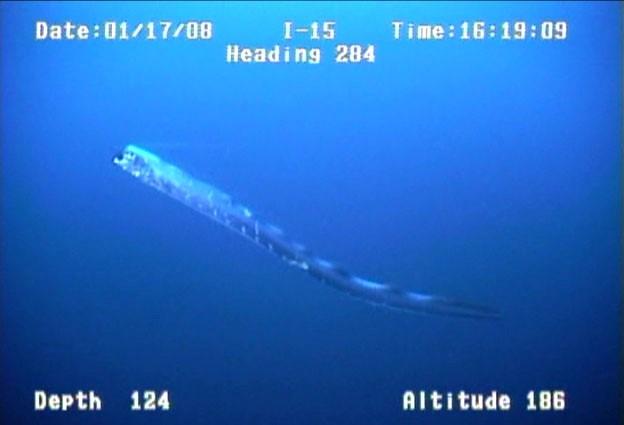 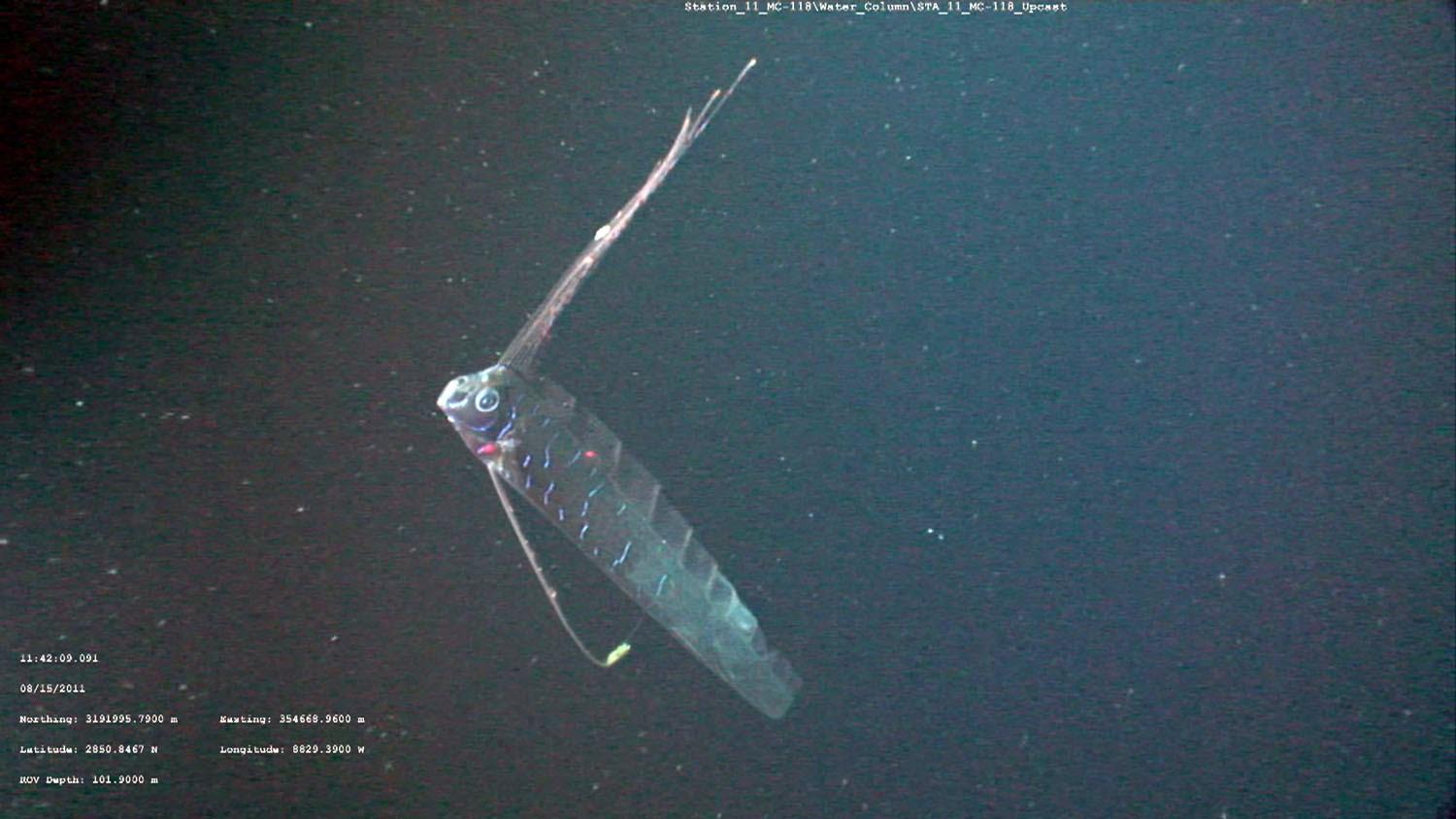 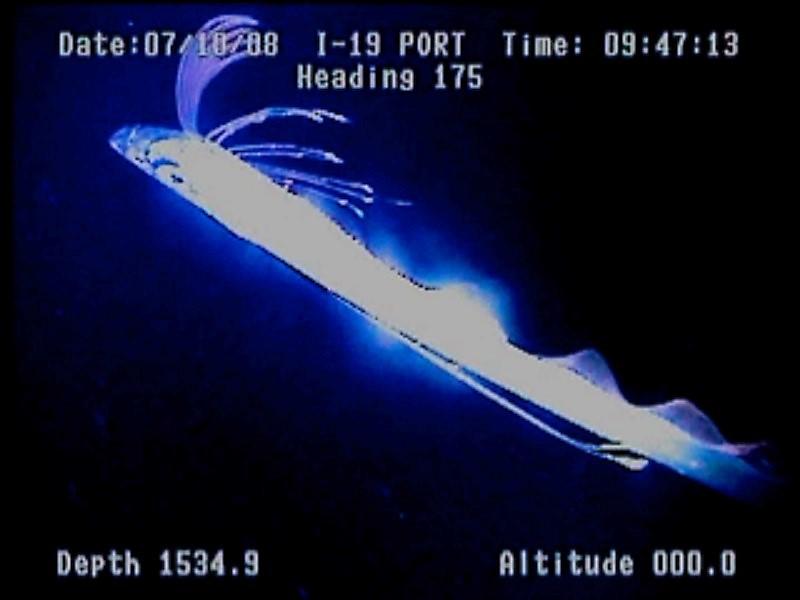 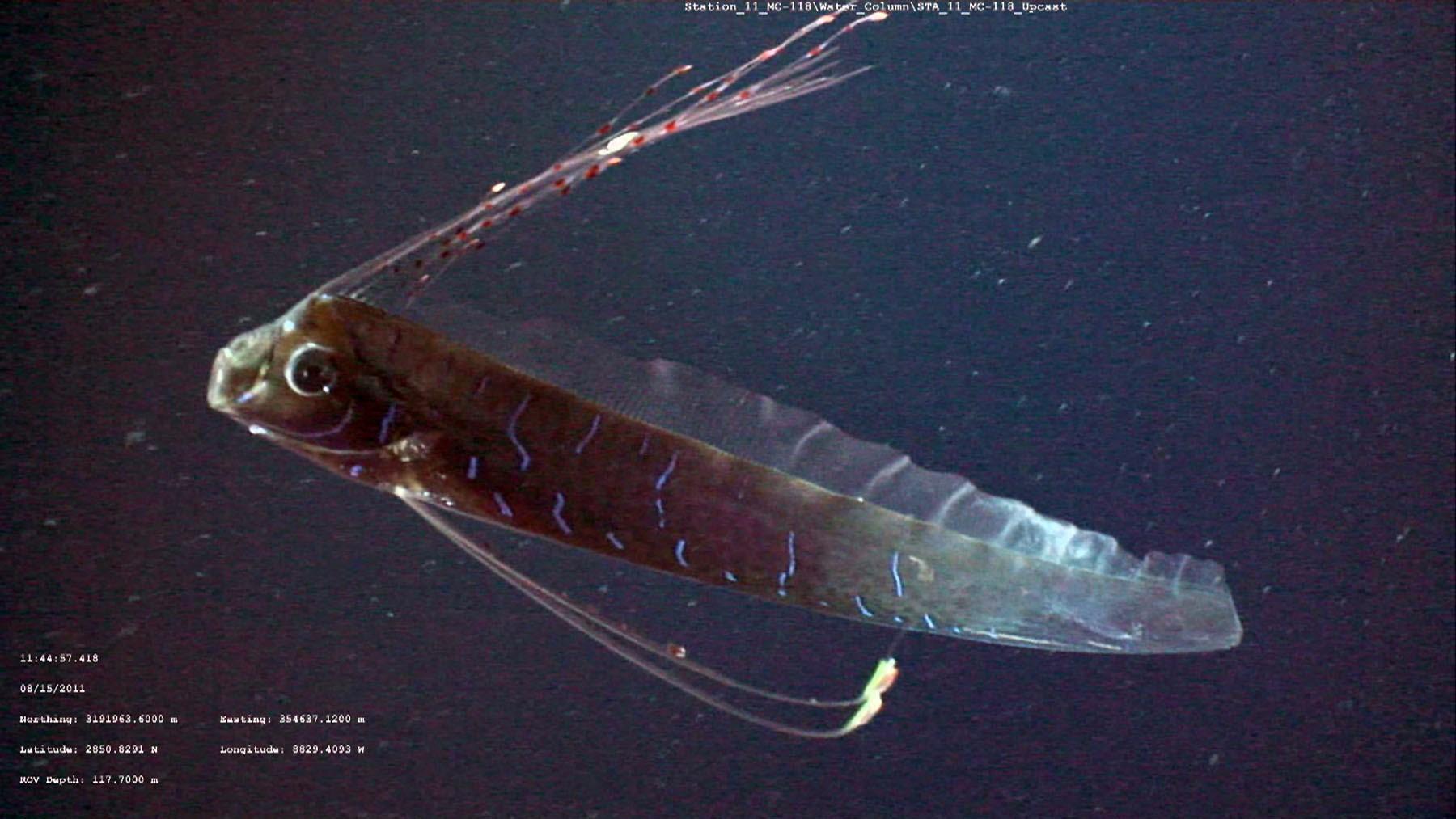 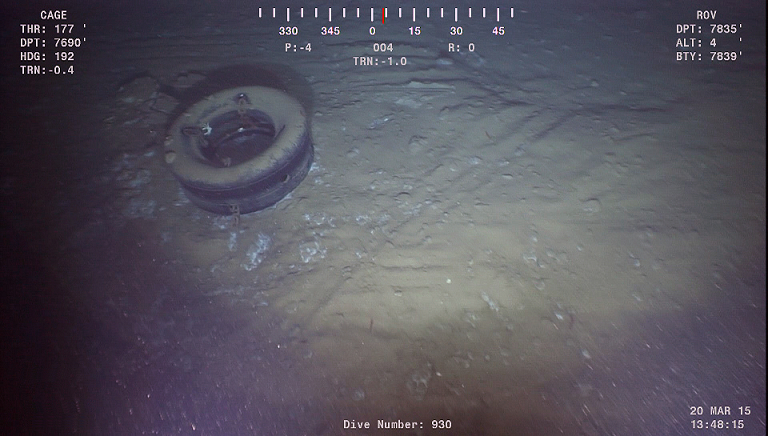 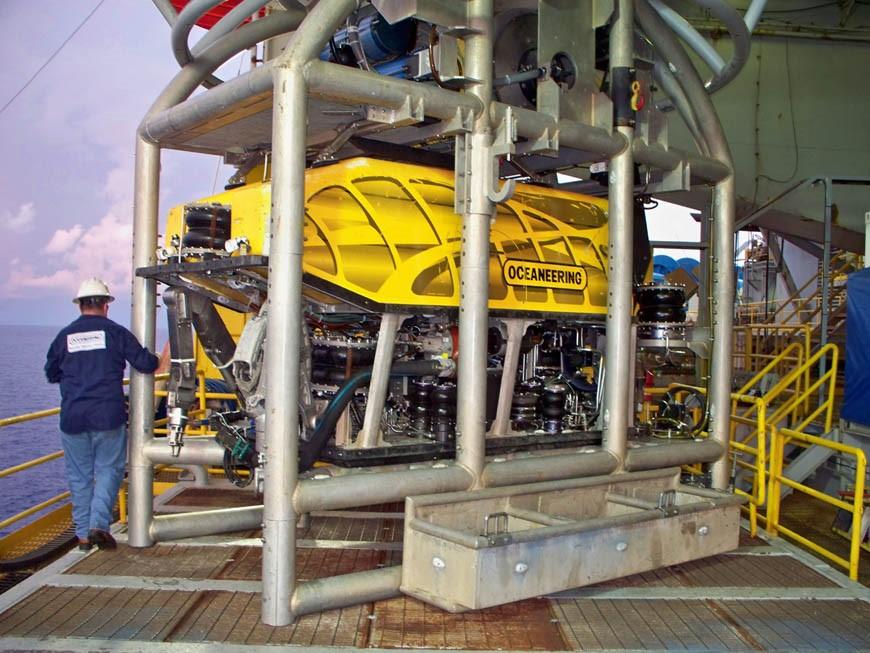 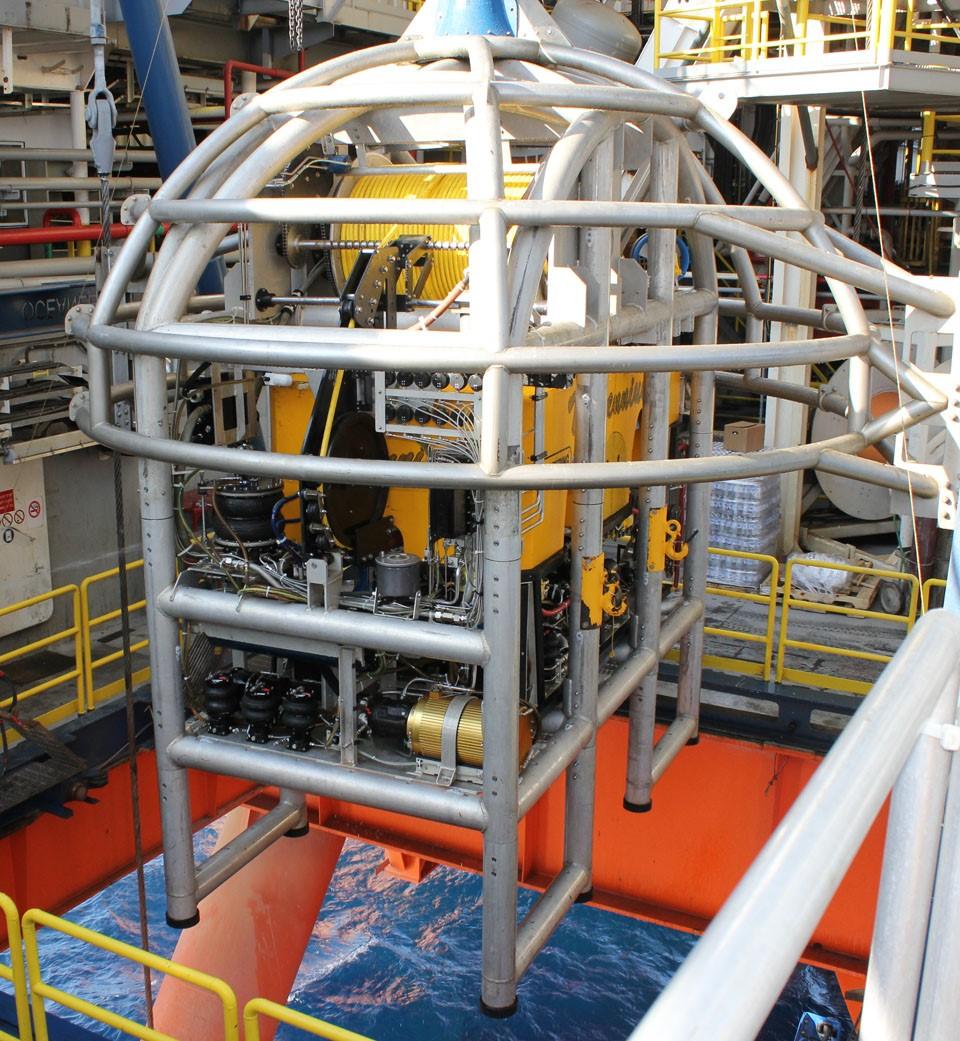 SERPENT uses ROVs not just to observe deep sea animals but also the deep sea environment surrounding oil rigs. For example, in the North Sea, SERPENT has conducted surveys over time to analyze how the sea environment recovers from the impact of drilling. They look at how the well gets broken down, covered in sediment, then recolonized and returned to its natural state—valuable information for both scientists and environmentally-conscious oil and gas companies.