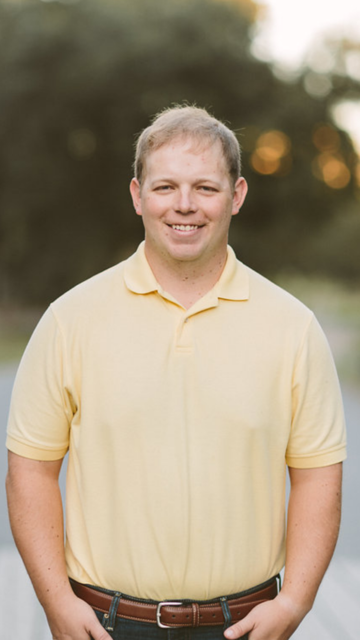 When Stephen Meyers chose the LSU College of the Coast & Environment’s (CC&E) undergraduate Coastal Environmental Science program, he did not need to apply anywhere else. Stephen Meyers is a second-generation LSU graduate. His mother, father, brother, and sister all graduated from LSU. And, his father, Keith Meyers, received his master’s in environmental sciences from CC&E in 1986.

“When I realized how many LSU graduates are employed right here in Baton Rouge, it was an easy decision for me,” Meyers said.

He was always interested in learning about best practices when preserving wetlands and studying marine species. When asked about his experience at CC&E, he said, “I loved learning about how to preserve the environment, the benefits of having a wetland, and how rare it is. Not many places have a wetland ecosystem like we do here.”

So, after graduating in 2012, working as an environmental specialist for ENCOS seemed only natural. There, his role consisted of checking for leaks and ensuring compliance with EPA standards in plants. He also performed oyster surveys and studied waterways to measure their sediment makeup, pH, temperature, and how much water flow was passing through.

After doing some work at his father’s environmental company collecting samples and performing oyster surveys during the summertime, Meyers decided to follow in his father’s footsteps. His father currently works as president of Geaux Safe, and Meyers has been working as a safety coordinator for Trade Construction Company, L.L.C., an industrial construction company based outside of Baton Rouge, since 2016.

“Environmental health and safety go hand in hand. So, it’s great to have a background in classes such as toxicology, physics, and chemistry. And, a lot of the guidelines written by OSHA and others are written in a way that is kind of hard to understand. So, taking those CC&E classes taught me how to better read and understand those things,” Meyers said.

Meyers is proud to continue his father’s legacy and the legacy of CC&E.