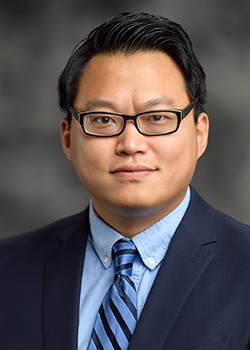 Nan (Peter) Liang, Assistant professor at Louisiana State University, is a scholar in the school of business. His journey as an academic is devoted to answering one simple question: why people believe and do things when it makes no sense at all. To seek understanding of this question, his research interests include rationality, theory of argumentation, communicative action, and the application of these theoretical perspectives to various issues. During his time as a Ph.D student, he conducted research on malicious insiders of organization and online deceptions, trying to understand why people turn against the organization that they work for, and why people spend their time lying on the Internet. After he received his Ph.D and published several articles on these two fields, he soon turned to sociology approach, instead of psychology theories, to study the abnormal belief and behaviors, because he now considers the abnormal belief and behaviors as more of a societal level problem other than individual phenomenon. Among many other topics, he is particularly interested in why people believe in absurd Fake News and conspiracy theories, as well as why academic findings do not often resonate with non-academic audience.

Glancy III, F., Biros, D., Liang, P., Luse, A. (2020). Classification of Malicious Insiders and the Association of the Forms of Attacks. Journal of Criminal Psychology

Liang, N., Biros, D.P., “Malicious Insiders: Who Might Be the Ephialtes in Your Organization?”, The Colloquium for Information Systems Security Education (CISSE), Jun, 2016.

Liang, N. and Biros, D.P., “Identifying Common Characteristics of Malicious Insiders”, Proceedings of the Conference on Digital Forensics, Security and Law, May 2015.