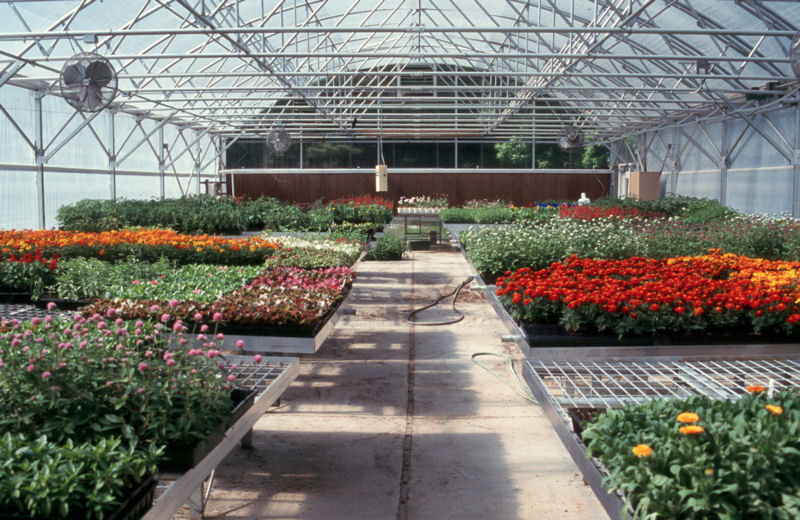 In 1927 the Louisiana Agricultural Experiment Station established a department devoted entirely to research on horticultural crops. Julian C. Miller, a new Ph.D. from Cornell, was hired as the department head. He was provided a field foreman, Zack Richardson, one mule, a plow and the Hill Farm, forty acres of land on a slight rise overlooking University Lake. The Hill Farm was so named because of it was the high point in an area then surrounded by swamp land drained into the University Lakes, which were built during the Franklin D. Roosevelt presidency. At that time, the Hill Farm was located on the far east edge of campus, a long walk from the main buildings around the quadrangle. This left a large tract of land for further building of the LSU campus while providing an area to conduct the research of a Land Grant University. The well-drained soil and the effects of the lake for moderating temperatures provided an excellent site for the production of horticultural crops. During a period of almost fifty years, horticultural research programs on this site developed varieties of ornamentals, fruits, and vegetables, which became standards for home garden and commercial production. 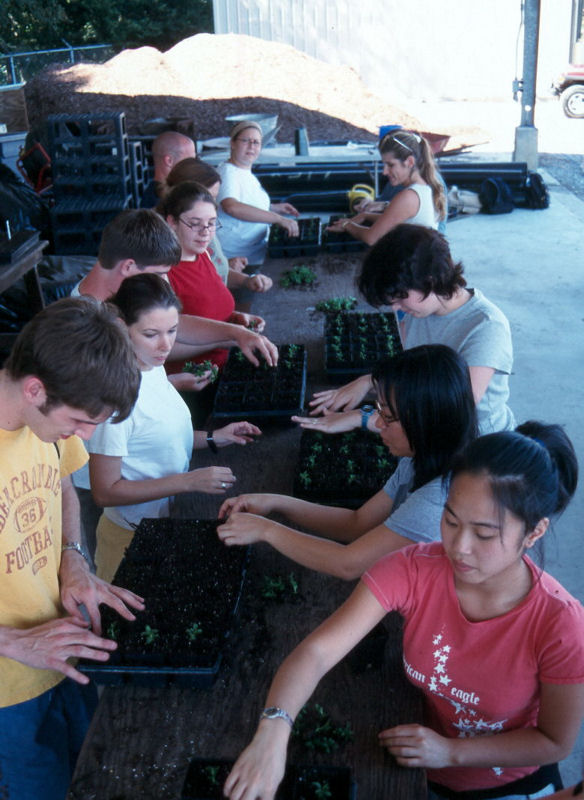 Dr. Miller's first efforts were directed at improving production of the sweet potato, which had become part of the basic diet of farmers. Unit 1 Puerto Rico, the first sweet potato variety with uniform quality, came from his plots on the Hill Farm, as did the popular commercial varieties. Two of these varieties are Centennial, developed by Dr. Hernandez, and Beauregard, developed by Dr. Ralston. Dr. Mikell developed the country's first wilt resistant tomato, the Louisiana Red. Hill Farm research produced Irish potato varieties such as Red LaSoda, LaChipper and Fontenot, all developed by the late Dr. Fontenot, which were national standards long after Louisiana ceased commercial potato production. New varieties of figs (LSU Purple developed by Dr. O'Rourke), pears, hot peppers, okra (Green Velvet and Gold Coast, which were USDA releases from Africa), strawberries (Tangi and Daybreak, developed by Hawthorne), shallots, lima beans, cabbage, and collards were all developed at the Hill Farm.

The Hill Farm also became a testing site for the American Rose Society where the All-American Rose Selection tests were conducted. Breeding programs of hibiscus by Dr. Kimbrough, Louisiana iris by Dr. Hogan, Easter lilies by Dr. Cochran, day lilies, daffodils, and camellias along with many other ornamentals were all widely recognized.

During the years of intensive research, the LSU campus continued to grow and expand and buildings soon reached the Hill Farm. In the early 1960s, a large portion of the Hill Farm by the University Lake was used to build the sorority and fraternity houses that are a landmark to the University today. During this time much of the fruit-breeding program was moved to other research stations in Louisiana. In the early 1990s, a new recreational facility was built on the site where the All-American Rose trials and other horticultural research were conducted. The rose trials and other research were moved to the Burden Research Plantation on Essen Lane. During this transition period, the Hill Farm became more of a teaching facility and less of a research facility because of the lack of space to conduct research and the close distance of the farm from campus. Then in the early 1990s, all but a small portion of the Hill Farm (about five acres) was given to the main campus for extending facilities of the new recreational facilities. 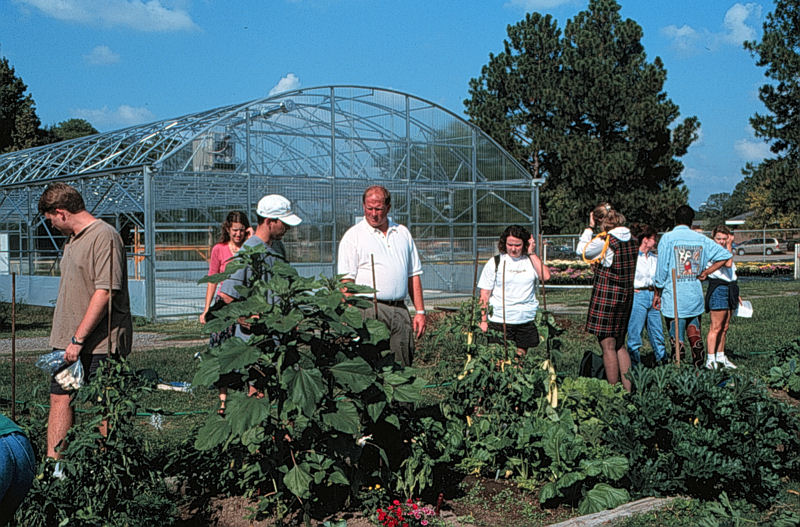 The Hill Farm Community Garden is a very important part of our educational program and provides students with hands-on training as well as experience conducting small research projects. The School of Plant, Environmental and Soil Sciences is proud of the new facility we have built for providing students with a great education.

At the Hill Farm Community Garden, our mission is to provide access to gardening space, education and resources necessary for the community to grow food in environmentally sustainable ways as a means of creating a food system where locally produced, affordable and nutritious food is available to all, and where the community can come together to share, play and inspire one another.