At the national meeting of the Epsilon Sigma Phi, Wilmington, North Carolina on October 9-12, 2017, Drs. Raj Singh and Charles Overstreet, Department of Plant Pathology and Crop Physiology, received awards for their service as Extension Specialists. Dr. Singh received the Early Career Service award for the Southern Region for his accurate and rapid diagnosis of plant health problems for the residents of Louisiana as well as his identification of new diseases and pests. Dr. Charles Overstreet received the International Service award for the Southern Region for his mentoring and encouragement of international students as well as his assistance with travel funds through the Organization of Nematologists of Tropical America Foundation. The awards were presented by Kathleen Tweeten, the ESP National President. Both Drs. Singh and Overstreet are members of the Louisiana Alpha Alpha Chapter of Epsilon Sigma Phi. 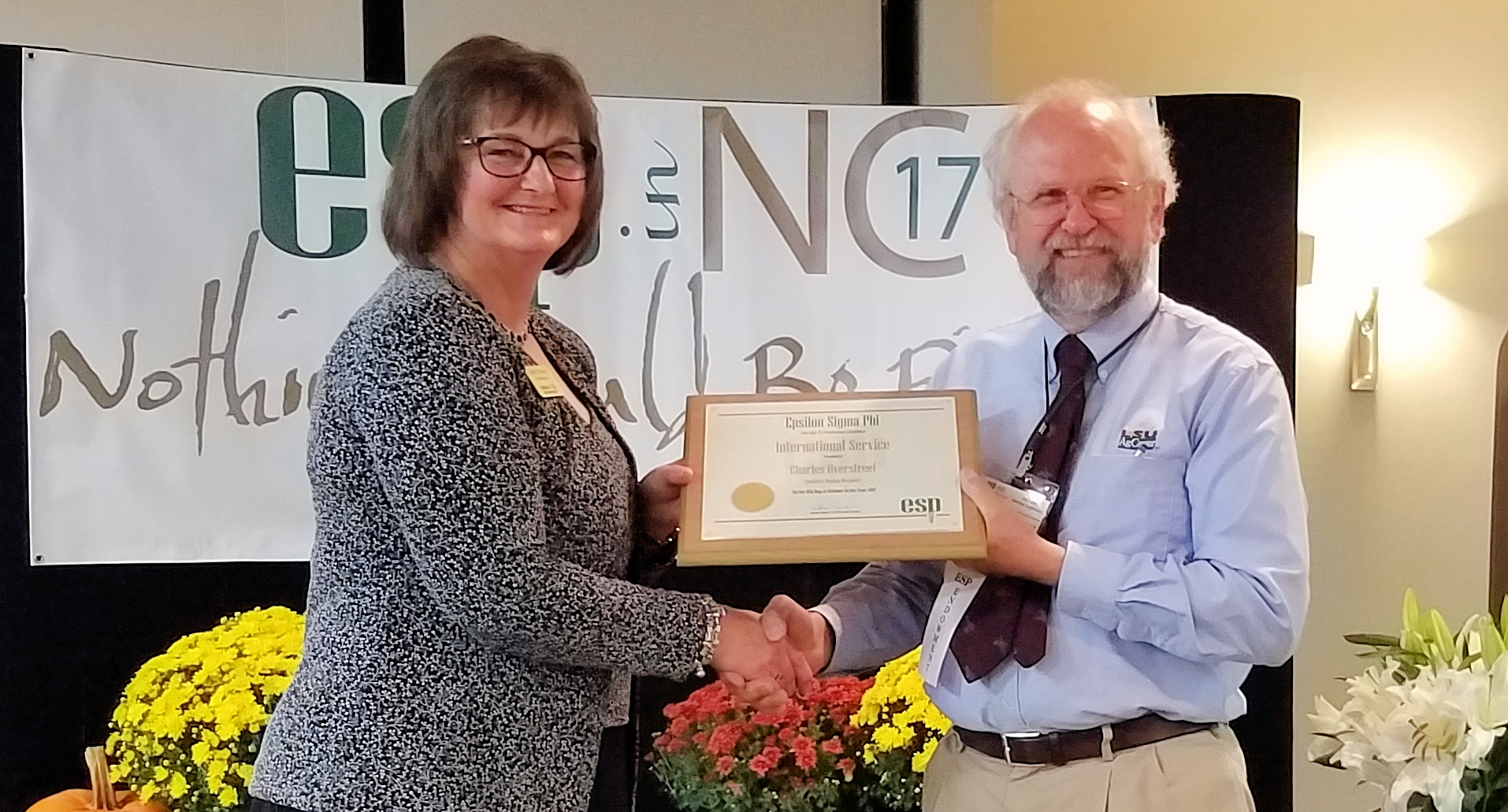 Charles Overstreet receiving the ESP Southern Region award for International Service
from Kathleen Tweeten who is the ESP National President. 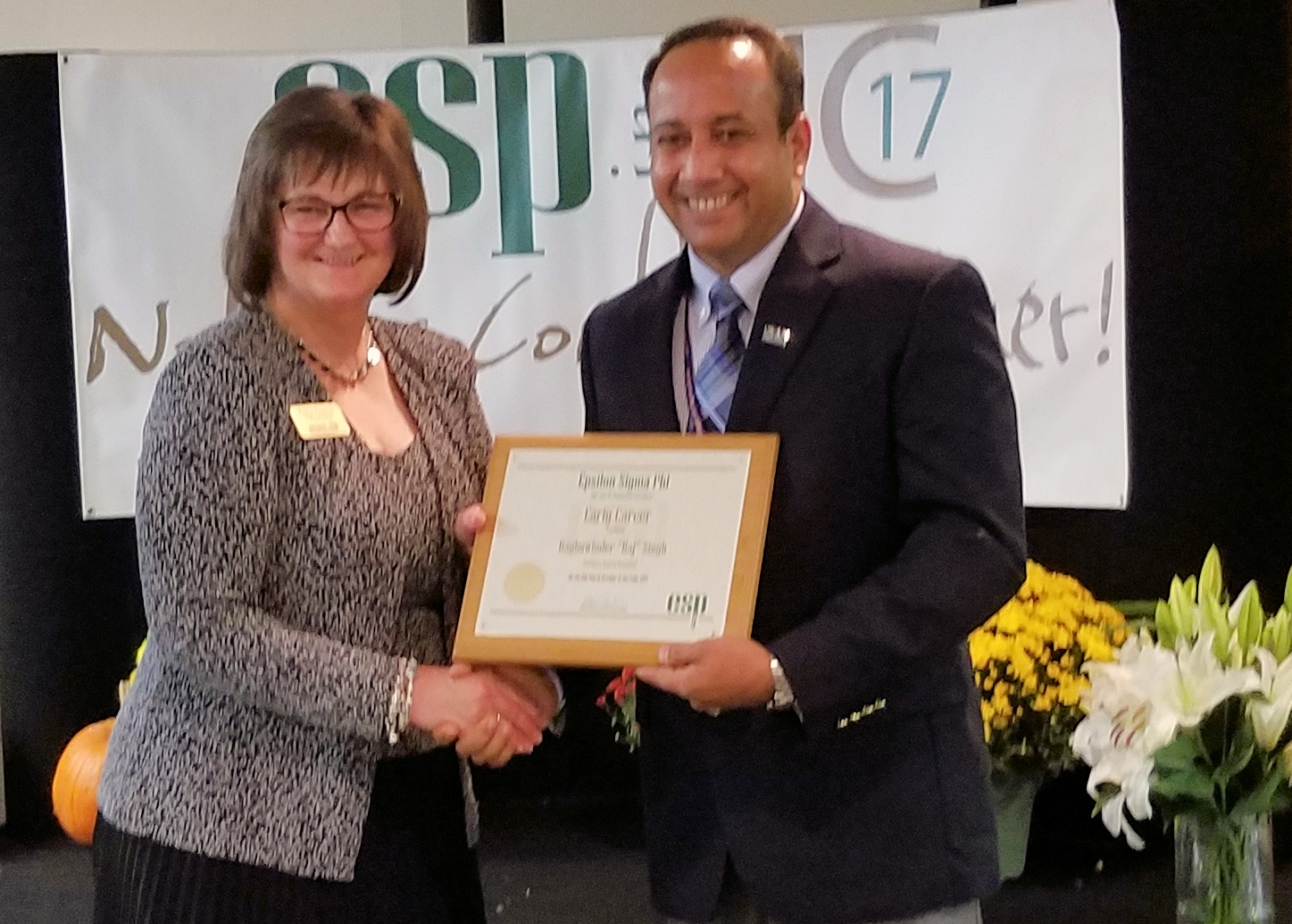