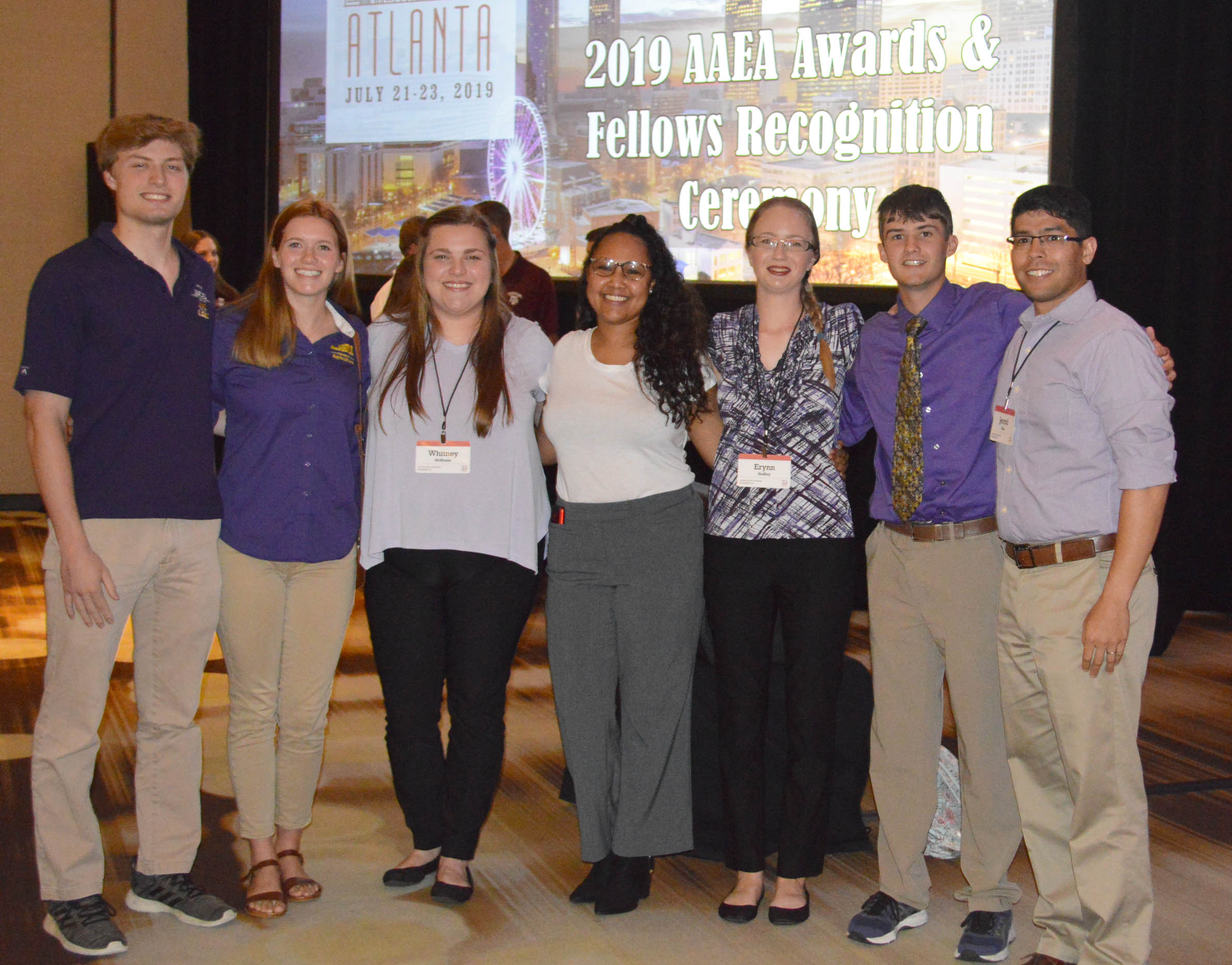 Buzzers were hit, categories were called and written calculations were the norm at the 2019 Agricultural and Applied Economics Association academic quiz bowl.

A team of LSU College of Agriculture agricultural business students placed first in the competition, which took place July 22 during the association’s meeting in Atlanta.

Competing against 24 teams from 16 schools across the nation, the students displayed their agricultural economic knowledge.

Jerrod Penn, an assistant professor in the Department of Agricultural Economics and Agribusiness served as the coach and moderator for LSU’s two competing teams.

“I picked students that I knew were dedicated and motivated,” Penn said. “I appreciate everyone showcasing LSU’s talent even on our first go round and hope to do the same each year.”

Six students from the College of Agriculture were split into two teams. Erynn Heffley, Colt Hardee and Whitney McKinzie competed as LSU 1 and won the competition. Kaylee Boswell, Brianna Cobb and Alexander Hildreth competed as LSU 2.

“It just feels great knowing hard work pays off. We practiced weekly and stayed consistent with our strategies,” Hardee said.

“It was really exciting to win because we all put in a lot of work for the competition,” McKinzie stated.

In the event, undergraduate students were quizzed on agricultural economics in topics ranging from marketing to agricultural business and finance.

"The other schools were really prepared and gave us some good competition, but Dr. Penn worked really hard with us and it paid off!", Boswell stated.

The Agricultural and Applied Economics Association meeting also included an undergraduate spreadsheet competition and paper submission. Hildreth received first place in the outstanding paper competition, working on his submission since mid-January to ensure its success and development.

“A win like this doesn’t come without you doing your best,” Hildreth said.

Colt Hardee was also nominated Student President of AAEA and looks forward to planning for next year's competition. Congratulations to everyone on LSU'S Quizbowl team!