Studying was the main focus of Taylor Haynie’s semester in Sydney, Australia, but surfing
and skydiving were satisfying diversions. 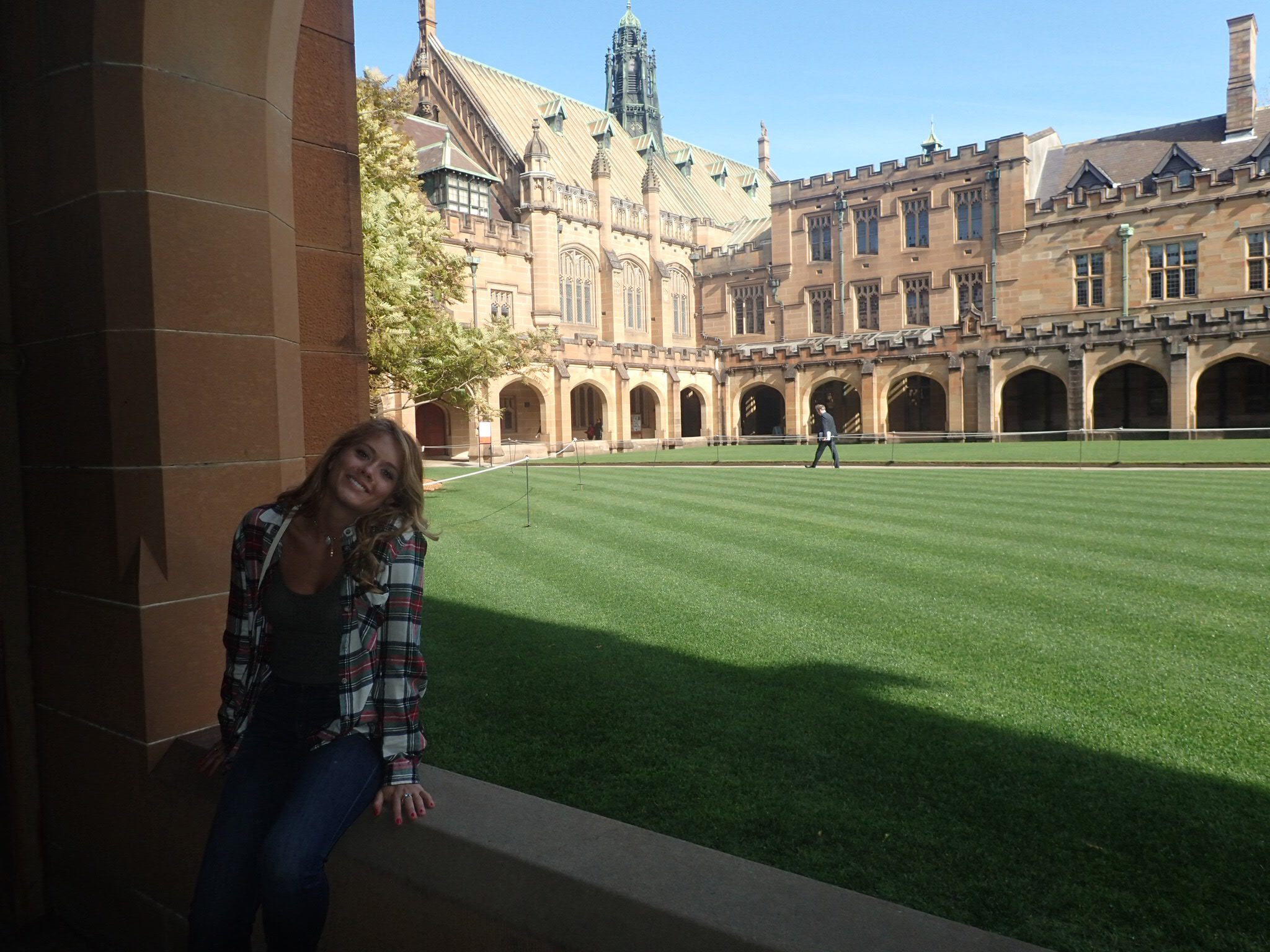 Taylor Haynie, a junior in the LSU College of Agriculture spent a semester in at the University of Sydney in Australia. Photo provided by Taylor Haynie

Haynie, a junior in the LSU College of Agriculture, spent five months during the fall semester at the University of Sydney as part of an exchange program – she paid LSU tuition and earned 14 hours of credit.
Haynie, who is studying animal sciences, said she chose Sydney because she wanted to go somewhere she had never been before, could enjoy the outdoors and speak the language.
“There is something for everyone in Sydney,” Haynie said. “There is city life, with so many cafes and great museums and so many outdoor activities.”
The Baton Rouge native said she became quite the surfer in Sydney, spending a lot of free time at the beach.
“They have so many amazing beaches, and with the train system, they were easy to access,” Haynie said.
Haynie didn’t let all the surfing distract from her studies. While there, she took classes in animal science, Australian History, history of the Renaissance and sports education.
She said was impressed by the beauty of the University of Sydney, which she described as Hogwarts, from “Harry Potter.”

Haynie said the classes were more laid back in Sydney than at LSU, and class attendance wasn’t required. Every class at the university is recorded, so she had the option to watch the lectures at another time. But Haynie said she preferred attending in person.

She also said she liked the required tutorial session held once a week for each class, which helped reinforce what she was learning.
At the end of the semester, she didn’t receive grades but rather pass/fail – all passes in her case.
While at university, Haynie interned at the veterinary school. She worked in the lab analyzing blood samples.
“I really enjoyed the work, and I’m thinking of research instead of becoming a vet,” Haynie said.

Haynie also liked the many student organization at the University of Sydney – she joined the surfing club and the chocolate club.
Haynie said the experience exposed her to more than just Australian culture because of the diverse population at the school and in Sydney.
“I had friends who were French, British, Indian,” Haynie said. “I learned to cook Indian food and made bread pudding for some of my friends.”
Haynie’s travels also expanded beyond Australia. She visited Fiji and New Zealand during a visit from her parents and she traveled to Bali, Indonesia with friends.

“It was so amazing,” she said.

Haynie’s mother, Stacia Haynie, is the Dean of the LSU College of Humanities and Social Sciences. She supported her daughter in this endeavor because of the rich experience she would receive. “Her father and I wanted Taylor to further her academic experience, and gain independence and confidence by navigating new waters, which she literally did in this case.”
Haynie is back in Baton Rouge now, but she is already planning to return to Australia.
“I’m going to apply to graduate school at the University of Sydney to get a Master’s in Veterinary Public Health,” she said.
Haynie said she highly recommends studying abroad. She also said to take advantage of every opportunity while there. “Your time there is short there,” she said. “If you get offered to do something, do it!”
©