Former TEDxLSU Creative Communication Team member and visual communicator Victoria Roberts is doing big things with her LSU degree. A recent graduate from the College of Art and Design, Victoria just moved to Columbus, Ohio to start her career as the graphic designer for the national Delta Gamma Executive Office. Delta Gamma is one of the largest sororities in the United States with chapters on 148 campuses. 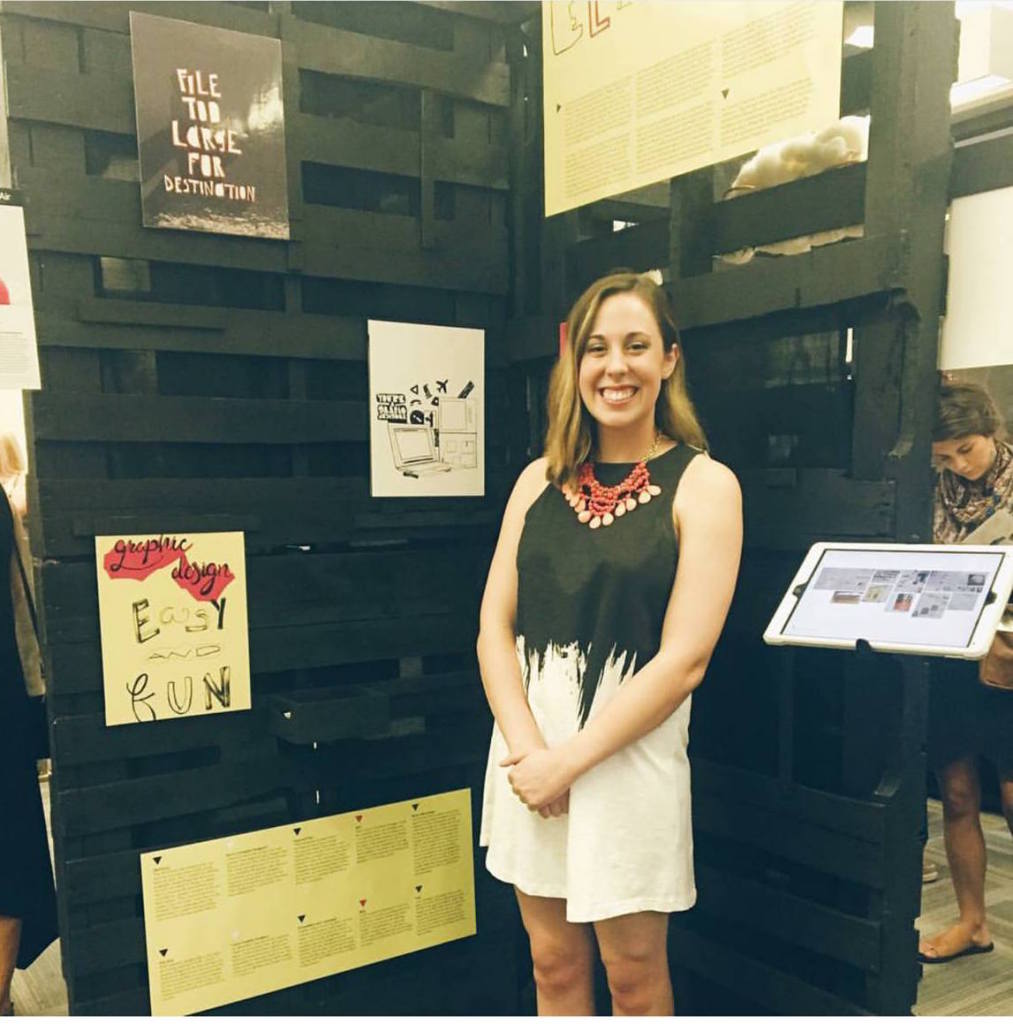 I recently connected with Victoria to discover what she did to make her undergraduate experience lucrative to her professional development. Read below to learn more about Victoria’s involvement at LSU and why she loves visual communication.

First, can you tell us briefly about yourself? What are you passionate about?

I'm from new Orleans, where I graduated from New Orleans Center for Creative Arts (NOCCA). While attending NOCCA, I discovered that the arts were my passion. Soon after, I came to LSU following my art interest to pursue a degree in graphic design. At LSU I joined Delta Gamma Sorority, among other organizations and clubs within the LSU community.

Sorority life has become one of my passions. I didn't know when I joined, but being a part of an all-women's organization was something that would be one of the most influential pieces of college for me. Like I said before, the arts have been the biggest influencer on my life as well. I am passionate about arts education in our schools, both lower-level schools and higher education!

Tell me about your time at LSU. What did you pursue academically?

I graduated with a studio arts degree and a concentration in graphic design so I had the exciting experience of taking classes for my major that were studios! When choosing my degree I was torn because I still wanted to be an artist, but also pursue something a little more corporate. That being said, this allowed me to really push myself outside of the classroom because my program could only take me so far.

What organizations were you a part of?

With TEDxLSU I was on the visual team. My team and I created the look for TEDxLSU. I helped design the 2016 “Why?” and “X” logos and follow up materials related to that. I designed graphics for the event, either for social media or other platforms. On event day I created live graphics to accompany live tweets, etc.

TEDxLSU was a very unique experience for me. It gave me an opportunity to work on the same level as writers, social media gurus, photographers and others, whereas in the average class setting or internship I would more than likely be working with only designers. From a design standpoint, any opportunity where you have to be creative within strict brand guidelines is an exciting challenge. Also, TEDxLSU brought in a lot of opportunity to work on a deadline. I could sometimes be given a project that needed to be completed by the end of the day. I learned a lot about how to communicate to a specified audience. So being creative but also simple. For example, a campaign we designed to promote our TEDx made complete sense to us, but was confusing to Baton Rouge audience so we learned to adapt.

"It gave me an opportunity to work on the same level as writers, social media gurus, photographers and others, whereas in the average class setting or internship I would more than likely be working with only designers."

In addition to TEDxLSU I was in, Graphic Design Student Association, Advertising Federation (ADFED), student government exec staff, Geaux Big BR, and Dance Marathon (a fundraiser supporting Our Lady of the Lake Children’s Hospital. With ADFED, I got to go to New York and learn from the top ad agencies. I also, with [three]  other students, started BUDS@LSU which is a volunteer organization. Through various internships and work experiences I attended the College Media Business & Advertising Managers convention, and learned about different majors like marketing and communication. 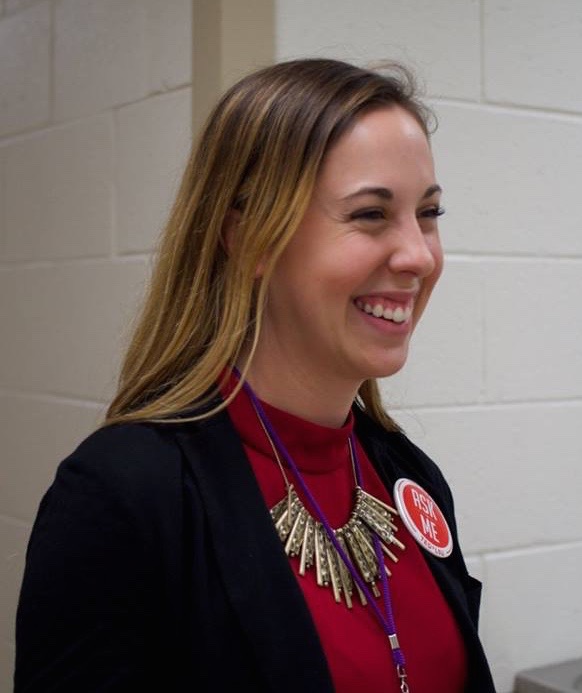 What skills did you learn through these organizations?

I think being involved in clubs and holding leadership positions is such a valuable experience and teaches you how to work in a team environment.

"A good leader is someone who knows when they need to step up and delegate from the front of the group, but is also picking up chairs with their group, doing the grunt work."

I learned how to lead from the back and in front of a group.Knowing where you fit, and knowing you aren’t any less of a leader if you’re not the one giving orders. A good leader is someone who knows when they need to step up and delegate from the front of the group, but is also picking up chairs with their group, doing the grunt work. Leading by example is just as crucial as leading from the front. TEDx is a great exercise in this. There were moments when I knew I had to delegate out tasks not because I was the person in charge, but because I could foresee what needed to be done and wanted to devise a plan. But I also was someone who helped set up and break down events.

What kinds of communication skills have you taken away from these experiences?

To get a graphic design job done, especially with a team who hasn’t worked closely with designers before, I learned quickly to ask exactly what they needed almost like an order form. This translated into internships and I know will translate into my current job. Getting clients to be specific even if I am asking them questions they had not thought about yet, so later it will save us all time in the end.

For TEDx, I didn’t expect to be utilizing my communication skills outside of the computer.  There are several times I was assigned a task that was a challenge, like interviewing the 2016 speakers face-to-face, but I was able to live up to each task with the tools I was given. That’s the beauty of working with TEDx, you come in with one skill set like Graphic Design and leave with a whole arsenal of skills.

From my clubs outside of TEDx and time within Delta Gamma, I have learned to be easy going. I learned quickly to watch my peers and learn from them. Your classmates are your biggest asset.

"From a design standpoint, any opportunity where you have to be creative within strict brand guidelines is an exciting challenge." 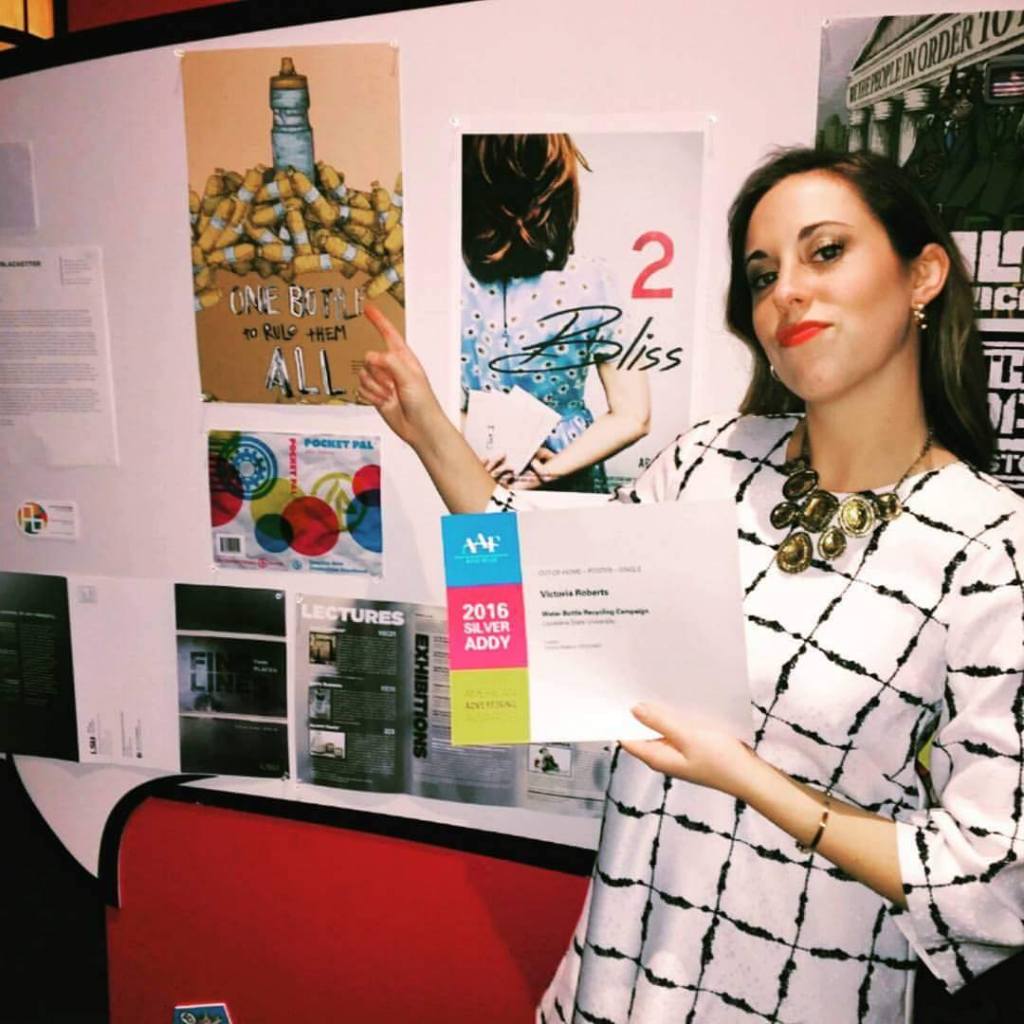 That you don't need words. Each designer has his or her own language to speak with. There are no rules with this language, only that the viewer needs to be able to come to an understanding of what is being said.

Also with visual communication, getting the feedback from viewers. So if something in your language is left up for interpretation seeing what they come up with! Visual communication is everywhere and I think this is wonderful for artists, that our work can really be expressed and seen in so many different capacities.

"There are no rules with this language, only that the viewer needs to be able to come to an understanding of what is being said."

What advice do you have for students interested in pursuing graphic design?

Figure out what part of design you love. Test them out and try to pick what you can see yourself doing and then PUSH IT. Find professionals to teach you! Also I can't say it enough, our program only takes us so far, become friends with students in other majors and learn from them! Go on trips and create experiences for yourself. And last but not least, don't let a huge university like LSU downplay your creativity, and don't ever play it safe!

"That’s the beauty of working with TEDx, you come in with one skill set like Graphic Design and leave with a whole arsenal of skills."

Any other thoughts you’d like to leave with us?

The clubs and internships on- and off-campus that I experienced through LSU prepared me to learn defeat but still not take no for an answer, to be a better person, to be a woman in a corporate setting, and lastly to be a balanced individual who can be both hardworking and fun loving.